“THERE WAS MORE THAN ONE DOSSIER” 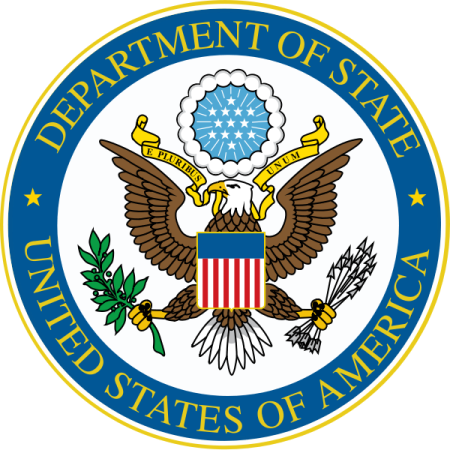 (Jun. 11, 2019) — At the opening of Tuesday night’s “Hannity,” Judicial Watch President Tom Fitton told host Sean Hannity that newly-released emails show that Russia “dossier” compiler Christopher Steele had a “special-access” relationship with Jonathan Winer, an Obama State Department official who reportedly played a role in circulating the dossier prior to the 2016 election.

The now-infamous “dossier” is a collection of claims alleging connections between the Trump campaign and Russia which proved to be unverified or false.

Fitton first announced the finding on Monday in a press release.  The emails were released as a result of a Judicial Watch FOIA lawsuit for government documentation.

Between 2013 to 2017, Winer was the State Department’s “Special Envoy for Libya.”  Early last year, he wrote an editorial at The Washington Post in which he attempted to explain “the truth” about his role in circulating the dossier in the wake of what he believed was a focus on his actions by House Intelligence Committee Republicans, then the majority in Congress.

Fitton said that Steele and Fusion GPS co-founder Glenn Simpson communicated with Winer, who relayed the information to then-Assistant Secretary of State for European and Eurasian Affairs Victoria Nuland.  “It’s just incredible to see…the State Department, it was all hands on deck in terms of targeting President Trump,” Fitton said.  “They were meeting with Glenn Simpson, Christopher Steele, Clinton aides Sidney Blumenthal and another Clinton associate, Cody Shearer; there was more than one dossier obviously going in to the FBI and the Justice Department, not from only Christopher Steele, but created by the State Department itself, targeting Trump; and the documents show that Jonathan Winer was in touch with Glenn Simpson in September of 2016, who then immediately contacted, Winer did, Victoria Nuland, a top aide at the State Department, and then after the election, they’re working hand-in-glove with Steny Hoyer’s guy on the Russia issues and obviously conveying information that they were gaining from Christopher Steele…”

Fusion GPS was the private firm which hired Steele to compiled opposition research on Trump at the behest of the Clinton campaign and Democratic National Committee (DNC).

Hoyer is now House Majority Leader.  Fitton did not name Hoyer’s “top guy.”  He claimed that Nuland shared “classified information with friendlies in Congress.”  “I want to know what Democrats in Congress knew what and when about the dossier,” Fitton said. “It’s pretty clear they were ‘in’ on it just as much as Comey, Strzok, Page and the Clinton and DNC.”

“Comey” was FBI Director from 2013 to May 2017, when Trump fired him.  Former FBI Deputy Assistant Director for Counterintelligence Peter Strzok and former FBI Counsel to the Deputy Director Lisa Page were discovered to have exchanged thousands of text messages displaying bias against Trump, even as both worked on the Hillary Clinton private email server investigation and later, on the Trump-Russia “collusion” investigation assumed from the FBI in May 2017 by Special Counsel Robert Mueller.

After 22 months and $35 million spent, Mueller’s team of 19 prosecutors found insufficient evidence to conclude that anyone within the campaign coordinated with Russia to give Trump an advantage.

In the months leading up to the 2016 presidential election, Steele disseminated “dossier” information to DOJ official Bruce Ohr, according to Ohr’s closed-door testimony to members of the House Oversight and Judiciary Committees last August.  Ohr then relayed the information to FBI Special Agent Joe Pientka, Ohr testified, as well as Strzok, Page and then-FBI Deputy Director Andrew McCabe.

McCabe was fired in March of last year.

In his testimony, Ohr said he imparted Steele’s claims to several people within the FBI but that he made clear to Pientka that the information was “source” material and could have been generated out of political motivation.  Ohr also said he shared Steele’s claims about the Trump campaign with three Justice Department lawyers who were later chosen to join Mueller’s team.

Fitton characterized Steele’s sharing of the dossier with State as “laundering.”

“There was more than one dossier,” Fitton told Hannity.