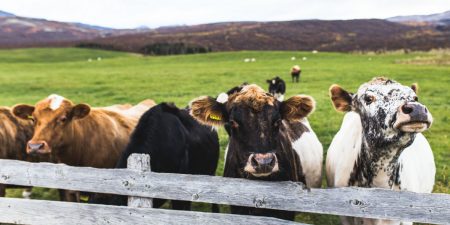 (Jun. 10, 2019) — The American beef industry has long been a tasty target of the environmentalists and their allies in the animal rights movement. To understand the reason is to know that protecting the environment is not the goal, rather the excuse in a determined drive for global power. Their selected tactic is to control the land, water, energy, and population of the Earth. To achieve these ends requires, among other things, the destruction of private property rights and elimination of every individual’s ability to make personal lifestyle choices, including personal diet.

Of course, no totalitarian-bound movement would ever put their purpose in such direct terms. That’s where the environmental protection excuse comes in. Instead, American cattle producers are simply assured that no one wants to harm their industry, just make it safer for the environment. The gun industry might recognize that such assurance sounds a bit familiar. Same source, same tactics, same goals.

So the offered solution to “fix” the beef industry is “sustainable certification”. All the cattle growers have to do, they are assured, is follow a few simple rules and all will be fine, peaceful and profitable. Enter the players: the World Wildlife Fund (WWF), the Global Roundtable for Sustainable Beef (GRSB), and the U.S, Department of Agriculture.

First, let’s reveal the Sustainablists’ stated problems with the beef industry. What’s not sustainable about raising beef? According to the environmental “experts”, there are ten reasons why the meat industry does not meet sustainable standards:

So, these are the ten main reasons why it’s charged that beef is unsustainable and must be ruled, regulated and frankly, eliminated. These are charges brought by anti-beef vegans who want all beef consumption stopped. In cahoots, are global Sustainablists who seek to stop the private ownership and use of land, all hiding under the blanket excuse of environmental protection.

To bring the cattle industry into line with this world view the National Cattlemen’s Beef Association has accepted the imposition of the Global Roundtable for Sustainable Beef, which is heavily influenced, if not controlled, by the World Wildlife Fund, one of the top three most powerful environmental organizations in the world and a leader in the United Nations Environmental Program (UNEP), which basically sets the rules for global environmental policy. This is the same World Wildlife Fund that issued a report saying, “Meat consumption is devastating some of the world’s most valuable and vulnerable regions, due to the vast amount of land needed to produce animal feed.” The report went on to say that, to save the Earth, it was vital that we change human consumption habits away from meat. As pointed out earlier, the fact is most land used for grazing isn’t capable of growing crops for food. Further, to have the WWF involved in any part of the beef industry is simply suicidal.

Under Social Sustainability are such items as Human Rights, Worker Environment, Business Integrity, and Worker Competence (that means that workers are required to have the proper, acceptable sustainable attitudes and beliefs). Under the heading Environmental Sustainability are Climate Change, Waste, and Biodiversity, for the reasons already discussed.

Regulations using these principles impose a political agenda that ignores the fact that smaller, independent cattle growers have proven to be the best stewards of their own land and that for decades have produced the highest grade of beef product in the world. Instead, to continue to produce they will be required to submit to centralized control by regulations that will never end and will always increase in costs and needless waste of manpower.