“A BLESSING IN DISGUISE” 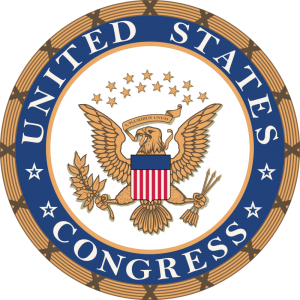 (May 14, 2019) — It seems as if Washington is in a political deadlock these days, more of a battleground situation with both sides of the aisle building a brick wall in between themselves.  Also, it appears to be a tit-for-tat governing body.

But, this stalemate may not be so bad because if they are involved in political one-upsmanship, they aren’t passing laws that handcuff our industries with “What-if” scenario rules that choke off profits by adding to corporate costs.  Those “people” in Congress aren’t passing tax regulations that are killing us little folk, who are the only ones working anyway.

Social engineering is also at a stalemate in this battle of egos and puts the do-nothing Congress at a point of dormancy that represents no one.

The House of Representatives proposes laws, the U.S. Senate won’t entertain the proposals on their agenda, and the President may veto their “progress” as a part of our Checks and Balances form of government.   This gridlock situation may be a “blessing in disguise” with a split legislative branch. Their pulling against each other means they aren’t lugging against the people they are sworn to support instead of justifying their existence with nonsense legislation, politically-driven résumé-building legislation.

This impasse may have a silver lining for which we should be mightily thankful.

Congressional Gridlock Means no New Legislation added on Tuesday, May 14, 2019