EVERYTHING YOU NEED TO KNOW ABOUT IMMIGRATION LAW INCLUDING YOUR RIGHTS 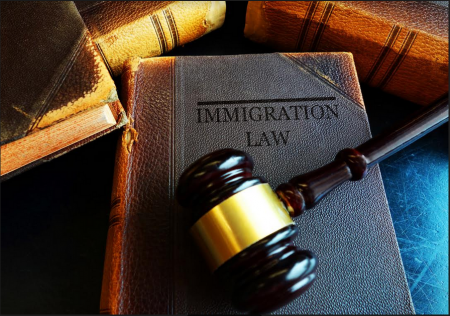 (May 6, 2019) — There has rarely been a president more aggressive on foreign immigration then sitting president Donald J. Trump.

Trump has spoken frequently on the subject of foreign immigration to the United States, making it one of his main campaign promises. He’s gone as far to say that undocumented immigrants should go back to their homeland with “no judge or court case.”

Is this allowed? As the current administration continues to enact more rigorous immigration policies, many are wondering what legal rights undocumented immigrants actually have. Under current immigration law, do non-citizens have a right to a court hearing, to an attorney, or to free speech?

The answers aren’t always simple. Read on, and we’ll walk you through everything you need to know about rights for undocumented immigrants.

Do Undocumented Immigrants Have Rights?

The most basic question when it comes to undocumented immigrants is whether they have rights under the constitution. The answer is “yes.” The constitution does not extend its bill of rights to only citizens.

It lays out its policy of rights to include all people or persons currently under the jurisdiction of the United States. Citizenship is not a prerequisite for fair and proper treatment. Basic rights, including freedom of speech and a right to due process, extend to citizens and non-citizens alike.

Court decisions laying this out date back more than a century. As recently as 2001, the Zadvydas vs. Davis case in the Supreme Court ruled on the matter. It ruled that the legal circumstances change for an individual once they enter the country.

As much as Donald Trump would like to circumvent this fact, this is the basic legal truth of the matter. But, these laws are not always executed with perfect precision in an actual court of law. Read on for more.

The Right To Due Process

This is actually not a policy first enacted under Trump. In 1996, Congress created an expedited removal process for undocumented immigrants. It was for those found on the United States border. Those found and apprehended would go back to their home country without a hearing.

This program was then expanded to include land within 100 miles of the border. An individual apprehended within 14 days of their being in the US would face deportation. The exception, in this case, were asylum seekers who had a right to a hearing.

The Trump administration has proposed a radical policy that would expand this practice to anywhere in the country, and make it applicable to any noncitizen residents that have been here for 2 years or less.

Rights Within The Court Process

The upholding of rights within the actual immigration court process can be very lax, according to many legal professionals. The bar for what constitutes evidence is lowered, documents don’t have to be authenticated, and statements made outside of court are allowed to stand as evidence.

Also, because deportation cases are often considered civil cases instead of criminal, the right to an attorney doesn’t always apply.

The Trump Administration’s crackdown on illegal immigration has begun to charge border-crossing cases as criminal cases. Under the law, anyone facing a criminal case has a right to an attorney. However, the government only has to provide an attorney to an individual if the charge at hand is a felony.

There are a number of attorneys, such as those at this law firm, that help to represent people in their criminal cases.

The court system has been overwhelmed by the Trump administration’s practice of charging immigrants as criminals. Many defendants only get to have a few minutes in court before room must be made for the next individual to come in.

Family Separation And Other Rights

Many headlines surrounding immigration have to do with the policy of family separation. The right to family integrity is not mentioned in the constitution. Yet many believe many court hearings in the 20th century laid out such a policy.

An early court case between the ACLU and the Trump administration did rule that noncitizens have a right to a familial association under the Constitution.

Responding to harsh criticism, President Trump signed an executive order that effectively ended the policy of family separation at the border.

When it comes to other rights, such as a right to education, things can get more complicated. The Supreme Court has ruled that all children must enroll in school. This is regardless of their citizenship status. If detained, children must have proper education and health care in detainment centers.

When it comes to illegal immigration to the United States, it’s important that all understand noncitizen rights. The U.S. Constitution protects all peoples on U.S. lands, despite their status as a citizen or noncitizen.

If you are facing criminal charges and need assistance, having a legal professional on your side can greatly increase your chances of success. Immigration law is complex and complicated, especially in the current era.

Need more info on illegal immigration? Check out our blog for more.

Immigration Law: Do You Know Your Rights? added on Monday, May 6, 2019