GMO vs. Non-GMO: Wrapping Your Head Around the Basics of the Debate

DO THE BENEFITS OUTWEIGH THE RISKS? 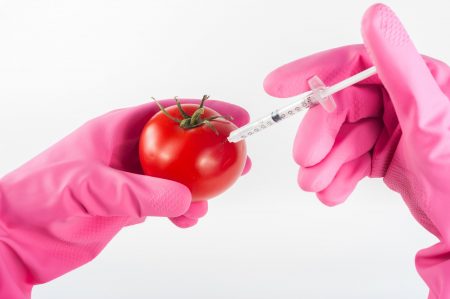 In 2017, the total acreage of genetically modified crops worldwide was almost 190 million hectares. Despite this incredible growth, serious questions regarding the impact of GMO produce on people and the environment are arising.

So, are GMOs good or bad? Well, the answer isn’t that straightforward. Read on to find out more about the basics of GMO vs. non-GMO.

What Is a GMO?

These types of genetically modified organisms can withstand herbicide and are able to produce an insecticide. Moreover, new technologies allow produce such as apples and pears to resist browning, thus increasing their shelf life.

While this is the case, there is currently no proof that there is any consumer benefit to GMO apart from the fact that food doesn’t go bad as quickly.

Your label should tell you whether or not your food is GMO. However, not all countries provide you with all the nutritional information of your produce.

Today, 64 countries have to tell consumers whether or not the food they are buying is GMO. These include:

Unfortunately, the United States is not part of this long list. It is, therefore, impossible to know which food is GMO and which isn’t unless you go organic.

When it comes to GMO and geo-engineering, there are certain consequences that many overlook. The truth is, there is little credible, independent, and long-term data to prove that GMOs are completely safe.

Because of this, many are opting out of the GMO experiment and going for more organic and home-grown produce.

The Effect of GMOs on People and the Environment

When it comes to choosing between GMO and non-GMO, opinions vary on the matter. Some scientists say that GMO food is not riskier than non-GMO food.

Others, on the other hand, say that animal studies show that GMOs cause serious health risks, including:

Similarly to harmful pesticides, there are reports that GMOs can also lead to cancer. The argument is that because cancer occurs from mutations in DNA, introducing new unknown genes is very dangerous.

If you contract a disease such as cancer from GMOs or other harmful chemicals related to agriculture, hire an attorney in your area. They’ll help you get the compensation you deserve.

GMO vs. Non-GMO, That Is the Question…

So, in the debate of GMO vs. non-GMO, it’s important that you stay up-to-date with the latest news in order to really understand the risks of this type of produce.

While GMOs could help some parts of the world, there are also serious reports of them causing cancer and various other fatal diseases.

To tell us more about your thoughts on GMOs, please contact The PostEmail today. Our team is always open to listening to our readers’ opinion on various world news stories.

GMO vs. Non-GMO: Wrapping Your Head Around the Basics of the Debate added on Friday, April 19, 2019