“NO REGARD FOR THE AVERAGE PERSON” 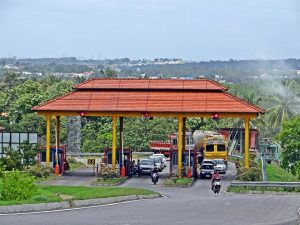 (Apr. 14, 2019) — The vote of 101 to 89 to indefinitely postpone a vote on tolling Connecticut was worse than short-sighted.  The decision to do nothing is clearly a backhanded vote for tolls and a display of gutless conduct totally out of step with most everyone else in the state.  Congratulations are in order to whoever engineered the phone campaign, but it may be a pyrrhic victory.  Consider the facts.  The online petition at notollsct.org is over 90,000 now.  Residents of Connecticut have been signing this at an average rate of roughly 7,000 per week.  Half of those signatures can be attributed to public comments by two Greenwich residents.  Three days after State Senator Bergstein made public her arrogant and rude disregard for her constituents, the petition shot up by 14,000 signatures.  Keep talking, Senator.  When Governor Lamont gave his State of the State message, the online petition increased by roughly another 25,000.  Safe to say the more Governor Lamont has traveled the state to promote the tolling proposal, the larger the opposition has become.

The figurative cherry on top is the Greenwich RTM Sense of the Meeting resolution.  The pro-tolls crowd, whether it was Indivisible, Smart Tolling or some combination, certainly outclassed and out-organized THE REST OF THE STATE.  That’s right, in a state with a population of some 3.5 million, where some 14 towns all around the state have voted resolutions opposing the tolls, where roughly 3% of the population has signed the online petition, where there continue to be street protests around the state and the opposition continues to grow, the Greenwich RTM’s gutless vote sent the clear and definitive message:  Tolling Connecticut is a rich man’s idea.  Good work, guys.  You really set the stage for more class warfare in an already financially troubled state.  Smart move.

The Greenwich RTM also proved their gullibility by this backhanded vote for tolls.  They bought the superficial arguments about how we “need the money.”  They failed to scrutinize who is asking for the money and how they will use the money.  Then again, Governor Lamont doesn’t know how he would use the money, either.  Their 30-year infrastructure plan needs serious vetting by an independent third party.  Cost controls, technology improvements, lean management, none of this is being addressed.  Governor Lamont has consistently failed to answer basic questions.

Instead, they showed themselves to be the affluent, white, liberal Marie Antoinettes of this state.  To see these presumptuous others show no regard for how the economy of this state has suffered is a very disappointing display of blind hubris.  While America’s GDP has grown by roughly 25% over the last 12 years, Connecticut’s GDP has grown 1.6% in 12 years by one source.  Another source has the state’s GDP down in round numbers, from $260 billion to $230 billion, depending on how you account for inflation.  By the way, the other states in the region, including New York, have done much better over the same time period.  Connecticut’s economy is dead last and falling farther behind.

The Greenwich RTM has no sense or regard for the average person.  In a state where the economy is sub-par, how are workers supposed to expect any kind of relief with wage increases, unless you work for one of the unions?  The average person who is a carpenter, plumber, electrician, anyone who does a lot of driving for his work, the traveling salesman, the home health care nurses, the young guy just starting out in a low wage job with a long commute would end up paying what is obviously an additional tax to the state. Phony semantics about user fees and other nonsense will not cut it.  Bank accounts don’t work by semantics.  Some can write these tolls off as a business expense, but they still have to pay it.  One way or another it gets passed along.  Worse, for each of us, there is the tax paid for the tolls directly, and the indirect payment through increased costs.

Let’s not forgot what has to be the most tone-deaf political ad in recent memory.  Remember when now-Governor Lamont looked in the camera and said, “I don’t need a tax break, you do.”  Tolls will effectively double the amount of tax people are paying to Connecticut.  Talk about campaign promises and flip-flopping.  How can anyone continue to trust him?

To the Greenwich RTM, the additional $500, $1000 or more per year the average person would pay is just another night at an expensive restaurant with their equally rich buddies.  To the average person that is a mortgage payment, a medical bill, or a tuition payment.  How many of these people live from paycheck to paycheck?  You bet the Greenwich RTM has spit on Connecticut.  The only town to vote for the tolls.  Stamford, next door, voted 2-1 against the tolls.  That Greenwich is out of step with the rest of the state should be obvious and a reason for some soul-searching.  The Greenwich RTM needs to be able to recognize when a decision will have additional ramifications that hurt the people and the state’s economy.  The Greenwich RTM needs to be able to think through issues rather than support thoughtless ideas.

Greenwich RTM Shoots Itself in the Foot, Spits at Connecticut added on Sunday, April 14, 2019