Why Does the Media Omit Crucial Details?

DO THEY GIVE US THE INFORMATION WE NEED? 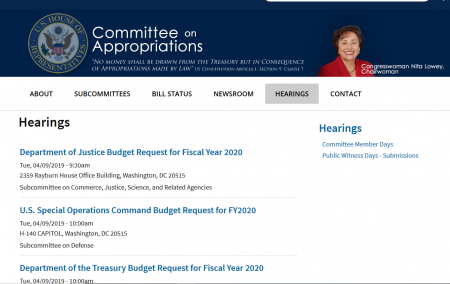 (Apr. 9, 2019) — Many in the media have made much of the scheduled appearance Tuesday of Attorney General William Barr on Capitol Hill Tuesday morning, 2½ weeks after he submitted a four-page summary of Special Counsel Robert Mueller’s report on whether or not anyone in the Trump campaign “colluded” with Russia to win the 2016 presidential election and separate Russian interference in the election process.

Numerous mainstream media outlets failed to report the time of Barr’s appearance and the fact that he is expected to make the case not to the entire Congress, but rather, to a congressional subcommittee for the administration’s request for $29 billion for the Justice Department for fiscal year 2020.

As of 8:45 AM Tuesday on Twitter, dozens of commenters have speculated that Barr’s appearance will produce figurative fireworks even though it appears he has only 30 minutes to make his case as well as answer any questions.

Barr will be speaking only to a subcommittee of the Committee on Appropriations Tuesday, although the House Judiciary Committee plans to ask him to testify early next month.  A link on the committee’s website reveals that Barr is scheduled to speak at 9:30 before the Subcommittee on Commerce, Science, Justice, and Related Agencies, along with Assistant Attorney General for Administration Lee J. Lofthus, for 30 minutes, with a second, unrelated hearing scheduled for 10:00 a.m.

Rep. José Serrano (D-NY15), who will be retiring in early 2021, is chairman of the subcommittee.  Live streaming is available here.

Many congressional Democrats have criticized Barr for producing the summary within two days of the submission of Mueller’s report and have demanded the release of the entire work product, including all underlying documentation.  The report likely contains legally non-releasable information, a fact omitted in recent articles by both CBS News and Thomson Reuters.

Neither CBS nor Reuters includes a Republican viewpoint on the Mueller report.  CBS focused on what Appropriations Committee Chairman Nita Lowey is expected to ask Barr, characterizing it as “hammering.”

“Barr faces Congress for first time since end of Mueller investigation,” CNN reported Tuesday morning. “Special counsel Robert Mueller will be the elephant in the room Tuesday when Attorney General William Barr makes his first public appearance at a congressional budget hearing since releasing a summary of the special counsel’s conclusions.”

CNN, did, however, present a Republican viewpoint in its coverage.

The New York Times reported the time of Barr’s appearance under the title, “Barr to Go Before Congress, and Democrats Expected to Press Him on Mueller Report.”  The article additionally states:

To its credit, The Washington Post specified that Barr will appear before the “Appropriations Committee” and that he “could face questions on Mueller report.”  As is now the case with NBC News, The Daily Caller, The Washington Times, and many other mainstream outlets, The Post no longer allows a reader using an ad blocker to read its material.

Multiple reports have said that Barr intends to release a fuller version of Mueller’s report by the middle of this month.

Why Does the Media Omit Crucial Details? added on Tuesday, April 9, 2019

2 Responses to "Why Does the Media Omit Crucial Details?"