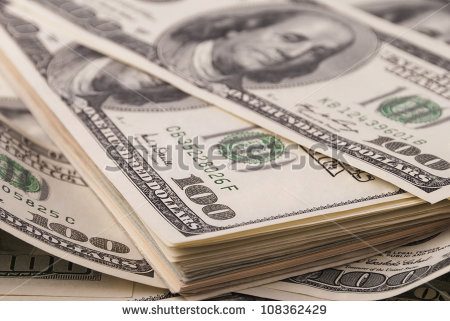 Please forgive me, but I must, once again, beat this horse, because it refuses to die.

Too many folks, who should know better, are insisting that massive action must be taken to stop climate change – because they “truly believe” it is a life-and-death matter.

Such claims are beyond foolish. They are delusional.

We can all agree that climate changes – it always has and always will – and without any input from humankind.  We can also all agree that carbon dioxide plays an important role in the symbiosis of life on the lovely green planet we call “‘Earth.”  And we can also agree that all life forms here on earth are carbon-based and thus, carbon is a key component in the cells of all animal life and plant life.  Next, we can agree that when plants or animals die and are either incinerated or left to molder, the ashes or desiccated remains gave up carbon dioxide and water vapor into the atmosphere.  Our earthly symbiosis is that plants “inhale” carbon dioxide and “exhale” oxygen.  And animals such as we do just the opposite.  We cannot live without life-giving oxygen, and plants can’t live without carbon dioxide. The exchange is not only mutually beneficial, it is VITAL.

Carbon dioxide is not a modern invention.  It has been with us since the birth of life on this planet.  Plants must have it or they perish, and when levels of this gas increase, plants thrive and become more hardy and more drought-resistant.  And when levels fall below 2.2 parts per 10,000 in the atmosphere, plants wither and die.  How much carbon dioxide is too much?  There is no established upper limit.  Yet, often during Earth’s long history, atmospheric carbon levels were more than 10 times higher than today’s meager 4 parts in 10,000.  If you want to see what 4 in 10,000 looks like, get a sheet of letter-sized, fine graph paper.  Most of these have a hair under 10,000 tiny blocks.  Now, randomly color in four of those tiny blocks.  That’s it.  That’s the great peril that will kill us all unless we take immediate action to destroy our standard of living and take the world’s economy along with it.  Is anybody ready to starve in the dark and shiver in the cold?

Our atmosphere is many trillions of tons of gases – approximately 78 percent of it is nitrogen, 21 percent is oxygen and that leaves 1 percent for all other gases, of which argon is 0.93%, and carbon dioxide is 0.04% (or, 4 one hundredths of one percent.)  There are mere traces of other gases that comprise the miniscule remainder.  Besides these gases, water vapor in the atmosphere is concentrated near to the earth’s surface and varies up to 1 to 4 percent of the air near the surface, dependent on conditions.

Besides the atmosphere, our oceans cover more than two-thirds of the earth’s surface and contain many trillions of tons of water whose temperatures varies widely and whose currents help determine the climate in many parts of the world. Warm currents keep Japan habitable to the West and Scandinavia and the UK habitable to our East.  Warm waters and winds off the west coast of Africa spawn our annual parade of hurricanes.

Earth’s atmosphere and the ocean currents are in continuous motion, continuously churning, warming, and cooling throughout the seasons.  And seasons vary with the tilt of our earth on its axis which, in turn, affects the directness of the sun’s rays as they hit the surface.   Cold fronts, warm fronts sliding from north to south and vice versa, and prevailing winds constantly moving from west to east in the northern hemisphere and from east to west south of the equator are NATURAL OCCURRENCES.   Added to this, the sun’s intensity varies over time and those variances have a direct effect on our climate.

The sun’s rays evaporate water from the oceans, lakes, and rivers and the water vapor rises and causes clouds to form when lower temperatures at various altitudes cause the vapor to reach its dew point.  As the vapor turns to liquid droplets, that change in “state” causes it to give up a bit of heat.  And as the major greenhouse gas, water vapor helps hold in heat and moderate temperatures so as to make life on earth possible.  Without a “greenhouse” effect, life as we know it on earth would not exist.

In laboratory experiments, where the “proof” that carbon dioxide “interacts” with other gases in our atmosphere to raise temperatures, only “pure” air is used.  Pure air is “dry,” totally devoid of H2O.  But such “dry,” pure air cannot and does not exist in nature – only in a laboratory test vessel.  Our atmosphere, even the deserts, always contains some water vapor.

The climate “models” on which the global warming/climate change scare is based do not account for clouds or water vapor.  And thus, they cannot depict, let alone predict, weather or climate on earth.

There are major, natural forces on earth and in our solar system and beyond that affect weather and climate.  All of those forces are ignored in the models, because the folks programming the models don’t have accurate data concerning ocean currents and oscillations that vary those currents from time to time, or water vapor and clouds, and their impact on weather and climate.  Yet we are supposed to believe that these very poor “models” predict the absolute destruction of life as we know it within the coming few years, unless we stop modern life, including flying, delivering goods, using tractors to plow the earth and harvest our fields.  We must also park our cars and cease using our heating and air conditioning appliances.  We must kill all the cattle and goats and sheep, and much more  – OR ELSE!

Oh, and at the same time, they insist that “renewables” and other “green” nonsense can satisfy our needs for energy, even though the technologies have proven, time and again, woefully incapable of doing so.

The embarrassing fact is that ALL of the Democrat presidential hopefuls have subscribed to the lunacy of the Green New Deal.  That tells us much about the level of expertise of those politicians and their total lack of any knowledge whatsoever of real science, history, geography, or logic.  And, the media are even worse!  They refuse to even allow anyone to challenge the anthropogenic climate change narrative that they so warmly endorse.  Think Chuck Todd on Meet the Press, “60 Minutes” and most all of the newspapers here in the Washington area.  You can write them an informative and well-researched letter, but they won’t publish it.  Why should the media be so fearful of alternative views?  How can they be so “certain?”  Especially when the hard facts don’t back them up.

Please don’t be fooled.  Every Monday you can download or read on-line a very important and factually accurate newsletter to correctly inform yourself.  It is “The Week That Was” on www.SEPP.org.  You’ll never get the truth from the networks or your daily rag.  They are in the tank – along with the leftist politicians and phony “scientists” who push this long-running scam.  Sunshine and “truth” are the best detergent.  It will also erase the Global Warming hoax!  And ask yourself, always, Qui bono?