“NEVER, EVER QUIT; NEVER BACK DOWN” 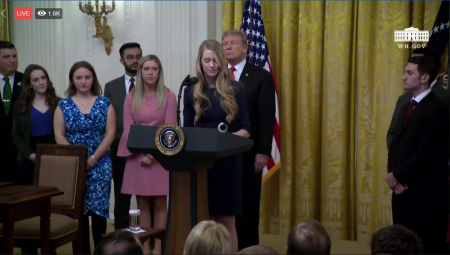 (Mar. 21, 2019) — At approximately 3:20 p.m. EST, President Trump gave an address in the East Room at the White House on an executive order he will sign immediately afterward intended to enforce free speech on college campuses which receive federal dollars.

After introducing the purpose of the measure, Trump called upon college students standing with him on the dais to relate their experiences of speech and expression restriction on campus.

One student who was home-schooled before attending college described free speech as “the core of America’s freedom.”

Trump then segued to another college-related topic, stating that even before he was elected, he became alarmed at mounting student-loan debt, which his administration plans to “work on very soon.”

“I love loans,” Trump said to some laughter in the audience.  “I love other people’s money.”  He expressed concern for the amounts of money students are borrowing without necessarily weighing “future earnings” for the particular area of concentration they have chosen.

He also said that some university administrators are paid handsomely while students accumulate tremendous debt to obtain their undergraduate degrees.  “The Trump administration will fight for America’s students,” he said.  He equated “freedom” on college campuses to the freedom to succeed unencumbered by untenable debt.

He advised students to “never, ever quit; never back down.”

At 4:06, he concluded his remarks from the podium and sat down at a nearby table to sign the executive order. 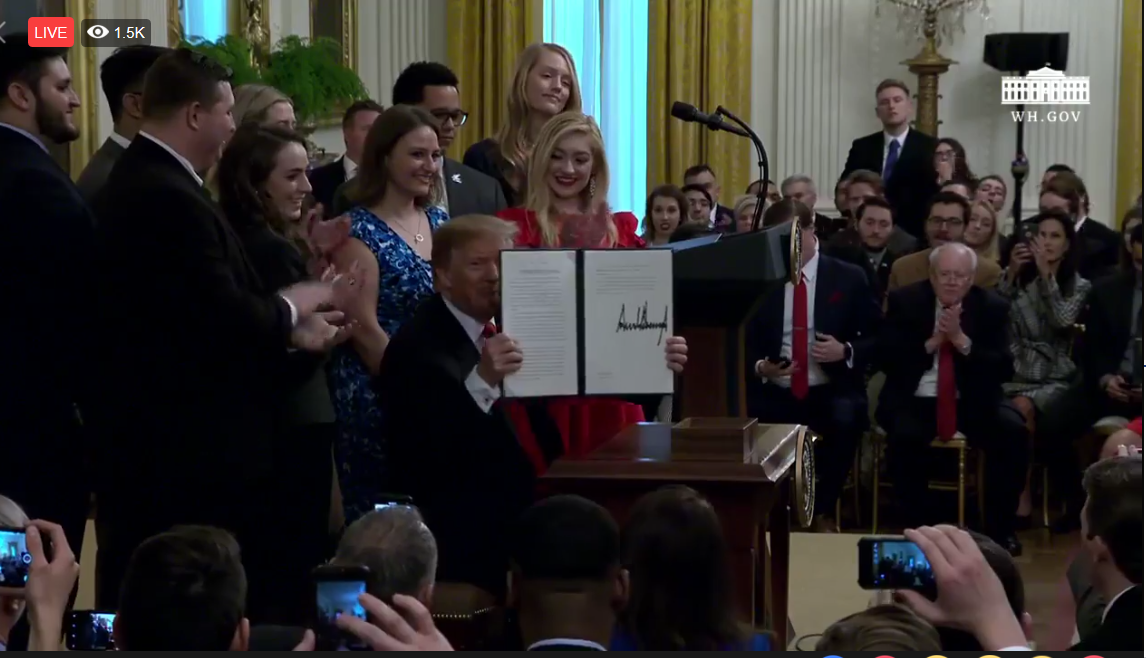 One Response to "President Trump Speaks on Freedom of Speech"