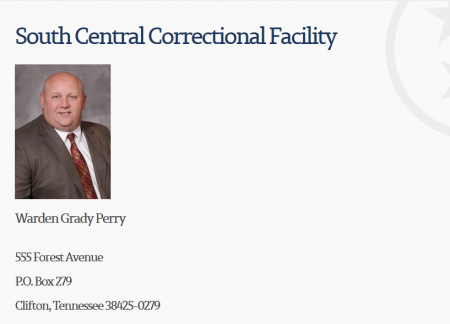 (Mar. 10, 2019) — A letter received Friday from an inmate at the South Central Correction Facility (SCCF) in Clifton, TN dated March 2, 2019 describes “racial discrimination,” a lack of sanitation in his unit and an assault by a correction officer.

In addition to the alleged assault, Raymond E. Watison, #591583, wrote that he has been denied use of the shower, routine cell cleaning, and “outside recreation,” apparently without due cause.

The facility’s warden, Grady Perry, replaced Warden Cherry Lindamood several months ago. The prison is one of Tennessee’s privately-run institutions which other inmates have described as deficient in medical care.

In his letter, the first The Post & Email has received from Watison, he referenced an article we published “regarding the very poor medical treatment received here,” although not by title.

Watison described racially-charged tensions as having heightened in his unit, which he termed the “security housing unit.” “The white officers are calling convicts n*****, boys, denying food, showers and outside recreation without punishment from there higher authority,” [sic] he wrote.

“I’ve filed numerous complaints regarding these ongoing violations,” he wrote on page 2. “On March 02, 2019 not only was I assaulted by Correctional Officer Mr. Curl, but my life and mother life was threaten by this Officer, he retrieved her Physical address by Sergent Mr. Beckwit…through my emergency contact and began yelling loudly for everyone to hear and stated that she is a w****,” [sic] Watison alleged.

He further accused Beckwit of “yelling ‘white Power’ and told me I’ll never eat again nor shower, in which I’ve not eat’n or showered.” [sic] 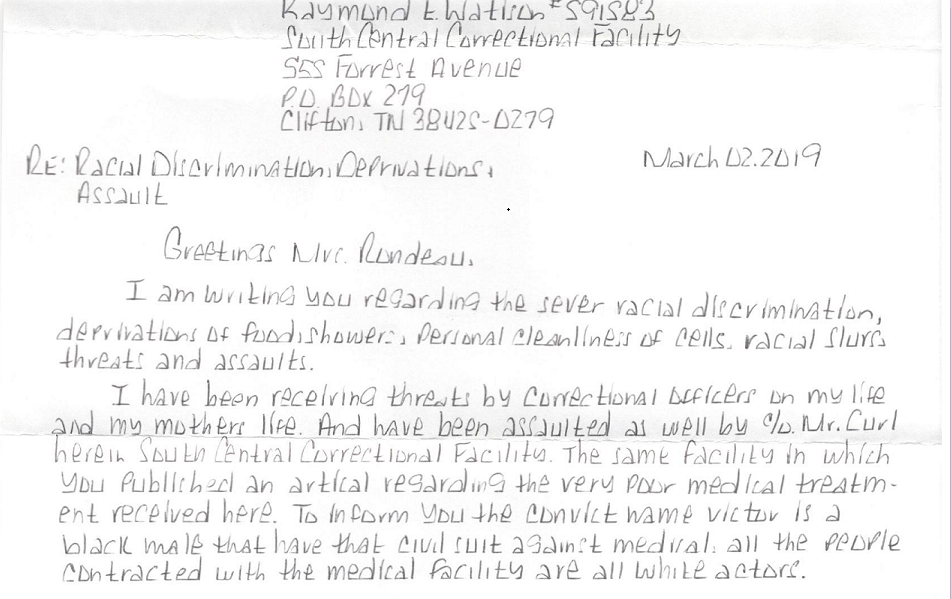