Cohen Claims Meeting with Trump, Attorney Prior to Congressional Testimony

WAS COHEN COACHED TO LIE? 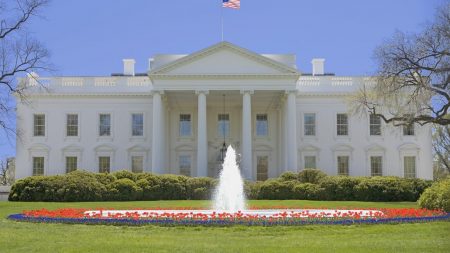 (Feb. 27, 2019) — After claiming that he spoke with “the Democrat Party” and Democrats on the House Oversight & Reform Committee prior to his February 27, 2019 testimony, former Trump personal attorney claimed he met with Trump and Trump attorney Jay Sekulow in preparation for Cohen’s earlier testimony to a congressional committee stemming from Special Counsel Robert Mueller’s “Russia collusion” investigation.

The statement came under questioning by Gerald Connolly (D) of Virginia.  Cohen said that Trump stressed during the alleged preparatory meeting that “there was no collusion” between the Trump campaign and Russia to win the 2016 election.

Sekulow leads the American Center for Law and Justice (ACLJ).

Cohen said that his written testimony to members of Congress regarding Russia was reviewed by White House attorneys and that in at least one instance, it was altered.  He also claimed to have been pressured to “toe the party line.”

Last year, Cohen confessed to providing false information to Congress as to when a project to build a Trump Tower in Moscow was abandoned.  He reportedly told Congress and Special Counsel Robert Mueller that the project ended in January 2016 when negotiations actually continued through June 2016.  In a plea deal last year, Cohen dmitted to lying during his earlier congressional testimony about the Moscow project.

Many have criticized Trump for having denied during the 2016 campaign that he had no business in Russia.

Cohen claimed that some questions put to him by various members of the committee Wednesday involve ongoing investigations by the Southern District of New York, which prosecuted Cohen, obtaining a “guilty” plea last year which will culminate in his expected reporting to federal prison on May 6 of this year.

Between 10:00 a.m., when Wednesday’s hearing began, and 12:49 p.m. EST, two Republicans asked Cohen if he could “commit” to pledging that his testimony Wednesday would not lead to a “book deal” or other financially-profitable arrangement, to which Cohen answered, “No.”

At 12:59 p.m., Cohen said that he is cooperating with the SDNY in “ongoing investigations.”

At 1:00 p.m., Rep. Mark Meadows again accused Cohen of failing to disclose any “contracts” by which he has been bound over the last two years.  Earlier, Cohen said he was paid $1.2 million by Novartis to share knowledge he had of Trump’s thinking and possible access to the White House.

At 1:02, Cohen said he would review the document which Meadows had held up, claiming Cohen to have violated the law by not disclosing the contract(s).

Trump has been accused of perpetrating a “criminal scheme” to mask payments made through Cohen to adult-film actress Stormy Daniels, whose real name is Stephanie Clifford.  During questioning at 1:15 p.m., Cohen said there were 11 payments from two of Trump’s accounts, made out to him, which he can produce by “going to the bank.”