WHAT IS “UNFORGIVABLE” TO THE POLITICAL LEFT? 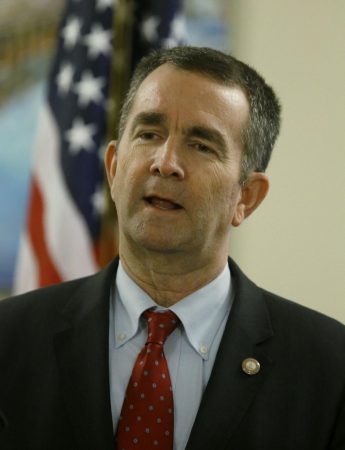 (Feb. 9, 2019) — Is anyone besides this writer tired of the Media/Left dictating what is moral and immoral to the rest of the country? Since most among their ranks seem to have rejected the Ten Commandments (note the recent attempt of at least one newly-minted Democratic Committee Chairmen to remove “so help you God” from their respective swearing-in ceremonies),[1] they clearly feel the need to replace them with something more in vogue. So let’s have a look.

We can start with the apparent gravest sin of all time: Racism. Aside from the fact that the Left’s fixation on this issue is completely one-sided (only White Conservatives are or can be racist), and accepting what every good and decent human being already knows (except, of course, the deplorable “Trump” supporters with their racially-charged MAGA ball caps) without being bludgeoned with the new revelation, on a daily basis, by the high priests in the Media, this grievous sin now undeniably trumps even the murder of the innocent. (Only the truly uninformed will fail to recognize my reference to both the newly-celebrated New York Legislature’s license-to-kill-up-to-the-moment-of-birth law, and the Pediatric Neurologist Governor of Virginia’s “comfortable” acknowledgement that his own state’s version would extend even beyond an actual delivery – his indignant protestations to the contrary notwithstanding.)

We witnessed the public confirmation of this by the Democrats in Congress twice in this past week. First in the refusal of 183 of 188 House Democrats[2] to support a bill prohibiting the heinous practice of either killing or allowing to die any child who survives an attempted abortion. (Five voted “Yes,” in support of the bill, one voted “Present,” while five other Democrats and three Republicans did not cast a vote – i.e., did not support the all-important bill.) Second in the refusal of virtually every Democratic woman  – deceitfully decked out in once-virtuous white during the State of the Union – and the majority of their male counterparts, to stand or applaud the President’s denunciation of the New York bill and its failed sister bill in Virginia. We witnessed the same reaction to his call for a bill that would end all third-trimester abortions – including partial-birth abortions – as well.

But let’s put this all in perspective….

Not only did the New York bill and the Virginia Governor’s sordidly-calloused description of what would happen if a child should inconveniently survive a last-minute, last-ditch effort to prevent him or her from being born alive fail to receive any serious backlash from the Media or from Democrats at large, it was barely noticed, much less objected to. Then, of course, we learned of a far more despicable (and apparently unforgivable) sin on the part of the Governor, from not last week, but from decades ago, while he was still in med school. He had actually dressed up and been photographed in “blackface.”

Now before I’m excoriated for not mentioning the hooded Klansman also seen in the picture – which was originally thought to have possibly been the governor (but subsequently noted to be too short to have been he) – I will point out that the question of which of the two pictured in the photo had been the Governor, had never been a concern in the midst of the universal media outcry. In other words, whichever person the governor may have been  – the Klansman or the jacketed “blackface” –  each was despicable…and apparently equally so! In other words, appearing in the now-dreaded “blackface” was the moral equivalent of being a member of the Klan. Let that sink in!

But the story didn’t end there. Yes, there was the also-Democrat Virginia Lieutenant Governor, who was slated to take the reins once the disgraced current head of state was forced to resign. The presumed replacement was also-inconveniently charged with sexual assault. That was no big deal, however, according to “Spartacus” himself, also-Presidential hopeful Cory Booker (another recent #MeToo casualty) – or at least not worthy of taking questions about, much less focusing on.

Now we get to the meat of the story. The third in line, Virginia’s State Attorney General (yet another Democrat), after enthusiastically (if not disinterestedly) piling on the Governor for his appalling youthful “Kodak moment,” had himself hurriedly confessed soon thereafter that he too had been photographed in “blackface” – not in drag (that would simply have been a matter of his personal “preference”) – but in a far worse offense, the apparent crime-of-crimes, blackface! Both stunning, and disconcerting!

But wait, there’s more…. He wasn’t attempting to portray a black slave or plantation worker. An ABC affiliate in New Orleans fills us in:[3]

Herring said Wednesday that he wore blackface as a 19-year-old to dress up as a rapper at a party. The admission comes days after the Virginia Democrat called on Gov. Ralph Northam to resign after he admitted a racist photo in his medical school yearbook featured him, a charge Northam later denied.

“In 1980, when I was a 19-year-old undergraduate in college, some friends suggested we attend a party dressed like rappers we listened to at the time, like Kurtis Blow, and perform a song,” Herring said in a statement. “It sounds ridiculous even now writing it. But because of our ignorance and glib attitudes — and because we did not have an appreciation for the experiences and perspectives of others — we dressed up and put on wigs and brown makeup.”

He added: “This was a onetime occurrence and I accept full responsibility for my conduct. That conduct clearly shows that, as a young man, I had a callous and inexcusable lack of awareness and insensitivity to the pain my behavior could inflict on others. It was really a minimization of both people of color, and a minimization of a horrific history I knew well even then.” [Emphasis added.]

So the youthful AG (probably in his late teens or early twenties, and just shy of thirty years ago) unimaginably decided to imitate a black rapper, Kurtis Blow, who he and his friends “listened to” and ostensibly liked; and he is now compelled to say that at that time in his young life he “had a callous and inexcusable lack of awareness and insensitivity to the pain my behavior could inflict on others. It was really a minimization of both people of color, and a minimization of a horrific history I knew well even then.” I’m sure.

So in the wake of the heroic rise to stardom of the likes of Joe Lewis and Jackie Robinson, followed by the adoration and idolization of Willie Mays and Hank Aaron by an entire generation of American youth, during my own boyhood; and then the near-deification of Michael Jordan, and now LeBron James – by boys and even girls (and even adults) of all ages and races, while purchasing and wearing their jerseys and exorbitantly-priced basketball shoes; doing their best to imitate them both on and off the court, we’re supposed to simply shut up and accept the idea that imitating any black athlete or entertainer is both “callous” and “insensitive.”

Sorry, but I’m not buying it!

When I was perhaps eight or nine years old, Roy Rogers was my personal hero. I still recall going into our bathroom and scrunching up my forehead to make it wrinkle like Roy’s did; then putting soap on it, and nervously waiting for my skin to dry; thus – I hoped – freezing in place my version of the revered cowboy’s cooler-than-cool look. How “calloused” and “insensitive” I must have been! Seriously?! What was that thing about “imitation [being] the sincerest form of flattery”?

This whole thing – while I can obviously see that some (though by no means all) forms of the dreaded “blackface” could be insulting – reminds me of the virulent concern (only shared by those on the Left) over offending the hyper-sensitive with a careless and thoughtless “Merry Christmas!” Those who might, in fact, be offended represent such a miniscule number as to be statistically all but nonexistent, while the remainder of the vast population is mindlessly subjected to the absurd and insulting (not to mention oppressive) requirement of not mentioning, by name at least, the holiday that we are all celebrating – across the entire country and much of the rest of the world – and have been now for more than two millennia!

There are, of course, a few who truly are offended by the callous expression (“Merry Christmas!”), but they, in fact, live to be offended; so go ahead, and make their day! Meanwhile, while the killing of the most innocent among us is no longer even objectionable in the “polite company” of the Left, best not to try to imitate your favorite athlete or entertainer by doing your level best to look like them. That, as it turns out, is the “sin of sins” – and utterly unforgivable… no matter when, or at what age, you might have done it!

The Heinous Crime of “Blackface” added on Saturday, February 9, 2019

2 Responses to "The Heinous Crime of “Blackface”"