IS THIS “HUMANITY AND KINDNESS”?

“Sgt. Collins was from another institution, Morgan County Correctional Complex,” Shabazz wrote. “Officers from other institutions routinely pull shifts at this institution, as it is regularly understaffed, putting the health and safety of staff and prisoners at risk. If this is any indication of what the year will be like, I look forward to surviving it. Seriously!”

In its chapter titled “Regulation and Care of Inmates,” Tennessee law states that “The warden is charged with the duty of treat all inmates with humanity and kindness, and protecting them from harsh and cruel treatment and overwork.”

Shabazz indicated he is currently attempting to file a federal lawsuit “challenging prison officials violation of my 1st Amendment right for retaliating against me for filing grievances and lawsuits.” Because of the alleged beating, he wrote, “I have a 8th Amendment violation as well, that is to say an excessive force claim.” [sic]

Further, Shabazz contended that staffing issues will only worsen “as the economy continues to improve.” “…many will seek out safer and less stressful employment, leaving behind those machoistic and sadistic elements dwell on the pain-and-suffering of the powerless.” [sic] 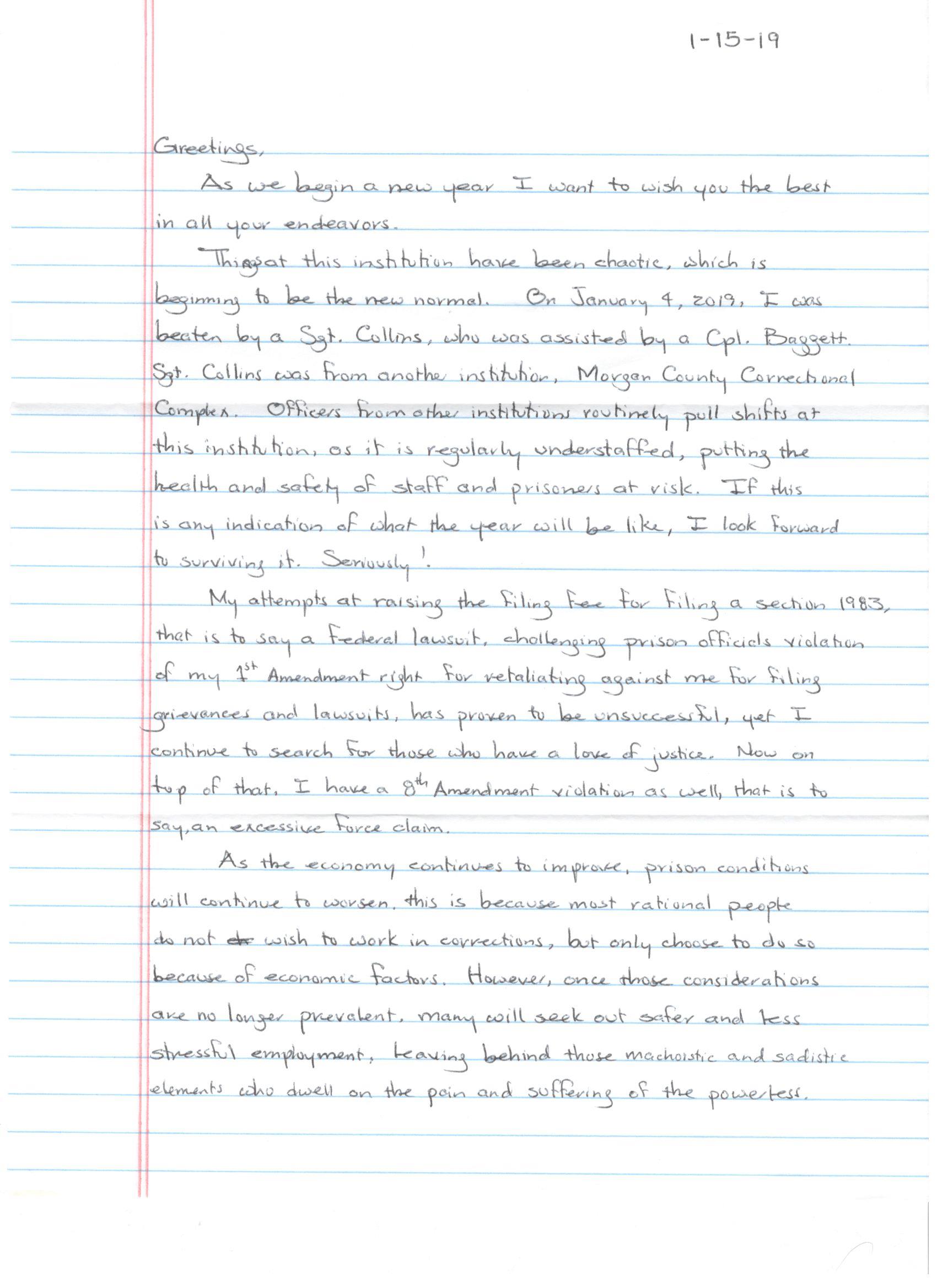 Although noted by the Tennessee Department of Correction (TDOC) as having been eligible for parole in 2001, in previous letters Shabazz wrote that he has been denied parole on a number of occasions, the last being in 2017. His TDOC entry indicates he will again be up for parole in April of this year.

Regarding his name, Shabazz told us in an earlier letter, the TDOC continues to list him under the name entered into the system when he entered prison despite a subsequent legal name change, documentation for which he provided.

On one occasion, The Post & Email sent Shabazz a letter which was returned because it did not also bear the name “Fred Dean.”