(Jan. 25, 2019) — A new year typically brings new laws and regulations, and that’s the case with California’s DUI laws as well.

DUI is measured as having a blood alcohol concentration (BAC) of 0.08 or more. Punishments for DUI convictions include fines, probation, alcohol classes and in some cases, jail.

So what’s the new California DUI law about?

Driving under the influence is measured as having a blood alcohol concentration (BAC) of 0.08 or more. Punishments for DUI convictions include fines, probation, alcohol classes and in some cases, jail.

So what’s the new California DUI law about?

Governor Jerry Brown signed a new law back in 2016, SB 1046 that just went into effect at the start of this year. As of 2019, if you are convicted of a DUI in California, you’ll have to install the device in your car to get your full driving privileges restored. The device is a breathalyzer which prevents you from starting your car if you aren’t sober.

If you’re a first-time DUI offender and you didn’t cause injuries, you can choose between six months of ignition interlock, or you can opt for a restricted license for a year.

If you’re a second-time offender or a first-time offender who caused injury to someone else, you are required to use the device for a year.

California started a pilot program using the device back in 2010. The pilot program ran in Alameda, Los Angeles, Sacramento and Tulare counties. A study done by the California Department of Motor Vehicles found that first-time offenders were 74 percent less likely to be a repeat offender if they used the device.

A spokesperson for the group Mothers Against Drunk Driving came out in support of the use of interlock devices, calling them a game-changer in terms of repeat offenders. She went on to say that while law enforcement officers work hard in the state to keep drunk drivers off the road, with this bill people who are convicted of DUIs can still go to work, school, drive their children and go to treatment but they aren’t driving while impaired.

So what are the laws in California?

The first DUI conviction a person gets carries fines of up to $1,000 and is considered a misdemeanor. However, there is something called penalty assessments that someone convicted of a DUI may also have to pay, so the cost goes up significantly.

Most of the time a first-time DUI offender will receive informal probation for a period of three years, and it can be as long as five years. During this time, the convicted individual usually has to complete DUI school which lasts for three months and requires 30 class hours. If someone has a BAC of 0.20 percent or more, the program is nine months and 60 hours of class time. For multiple offenses, the punishments and penalties get more significant.

If you injure someone in a DUI accident, you may be charged with a misdemeanor or a felony. If you receive a felony, you can be given prison time that ranges from 16 months to four years, and if you cause the death of another person, you will usually be prosecuted under vehicular manslaughter or murder laws. 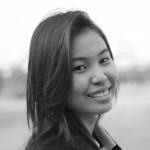 Susan is a writer, blogger, marketer, and entrepreneur based in Kansas City.