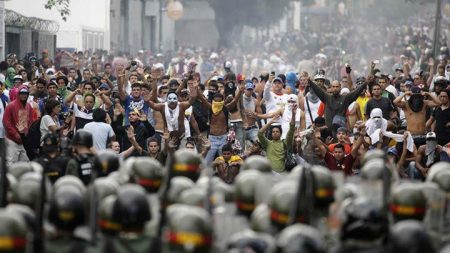 (Jan. 25, 2019) — All who love Freedom please hear me. Human life is one long struggle for Freedom. People struggle individually for Freedom from different personal things in their lives. You have your personal struggles and I have mine. But there is a Freedom that is paramount in importance to our personal ones. It is the one Freedom which binds us all together. It is Freedom from the bondage of another individual or the bondage of a big overbearing Socialist government, meaning living the way you desire to live and the Freedom to pursue that desire, without causing harm to another or his property, the freedom to use the earnings from your labor as you see fit. If we find ourselves without these Freedoms, none other matters. Death would be better than suffering the consequences of the loss of this Liberty.

I think it good to be reminded that the citizens of the thirteen American Colonies were delivered from the human bondage of an overbearing king and his government with our long and bloody fight for independence from England. Citizens of the United States were delivered from bondage by other citizens with our long and bloody Civil War. My writings on this subject are efforts on my part to help Americans see that for many years, we have been allowing ourselves to again fall into bondage to a large, all-powerful and overbearing Federal Government by continuing to elect (hire) people to serve us in Washington who believe it should be just that. More were elected to Congress this past November.

We finally elected a president in Donald Trump who is trying his hardest to reverse that direction in which we have been traveling. A local doctor friend emailed me his thoughts on President Trump which, with his permission, I share with you here:

“I see Trump (who I do not identify with, nor even like personally) as the answer to the needs of America. I liken him to Jonah, who was forced to obey his call to serve God and go to his assignment in Ninniva. He has the tools and ideals of a true American. Thanks be to God for sending us a prophet to speak to the evil government which had developed before him, and grant him wisdom and strength to pull this evil-filled populace with Your spirit and Love. Please restore us to the nation we were designed to be and replace evil with good.”

We must take care!! Our Freedom is in our hands. We are the caretakers of it, not only for ourselves, the living, but for those generations which will follow. If the burning desire for it is not in our hearts, we will surely lose it.

In 1944, Judge Learned Hand said, “Liberty lies in the hearts of men and women; if it dies there, no constitution, no law, no court can save it.” Why do I write so much about Individual Freedom, you ask? I am doing the very best I can to rekindle the flame of Liberty in the hearts of those who may have lost it and keep it alive in those for whom it yet flickers.

I cannot state strongly enough the essential, paramount importance of our support for President Trump in his battle to protect us from bondage. SOCIALISM is the greatest threat to our nation and freedoms today, and besides those in our government promoting it, it is unlawfully pouring over our southern border every day and night with all the evils which come with it.