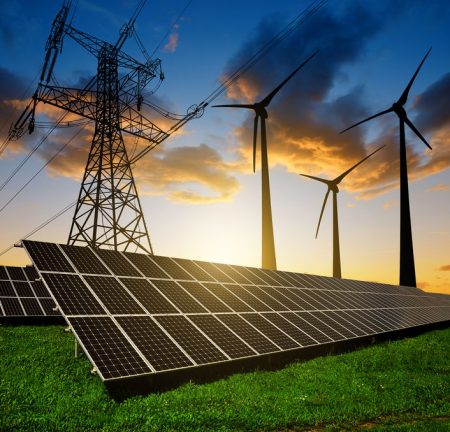 (Jan. 2, 2019) — In the wacky game of power generating utilities going green, Colorado’s Platte River Power Authority is a true leader. Today they get 65 percent of their juice from coal, but their new green goal is to be “emissions free” by 2030.

“Emissions free” refers to harmless CO2 emissions. As I explain here, U.S. power utilities are falling all over each other to cut emissions by foolishly building expensive and unreliable wind and solar plus storage systems. Platte River’s 2030 certainly beats Xcel’s scheme to be emissions free by 2050. Xcel is Colorado’s giant power utility.

Platte River is what is known as a municipal generation utility. It is a local government entity that generates juice that is then delivered by municipal distribution utilities. There are about 2000 municipal utilities in America, the biggest being Los Angeles. Platte River is owned by four Colorado towns, including Fort Collins, which is the home of mammoth Colorado State University. This liberal enclave may explain Platte River’s race to get green.

It is probably impossible to do what Platte River wants to do, so it will be interesting to see how they plan to do it. Details are sketchy since this grandiose pronouncement is part of the kickoff of a long planning process, with the final plan not due until 2020. There does not seem to be any engineering at this point.

There are however some conditions which suggest a plan. Basically it looks like a combination of building wind farms and buying green power when the wind does not generate enough juice. Note that Xcel’s 2050 target date allows it to hope for the development of so-called carbon capture and storage (CCS) technologies, which Platte River’s 2030 due date does not allow for. CCS would allow for continued burning of coal and gas. (However, CCS is unlikely ever to be allowed because it involves underground injection of vast quantities of CO2.)

The basic limitations of wind power are important here. These seem never to be mentioned in these green schemes. The key is what I call the 10-20-30 rule. A steady wind of 10 mph might turn the blades of a wind generator but it will produce almost no power. At 20 mph it will produce roughly half of the power the generator is rated for. At 30 mph the generator begins to deliver full power.

A steady wind of 30 or more mph is probably not common anywhere in America. At the best sites it might occur fairly often but still less than half the time. In many places it only rarely occurs. So it is physically impossible to simply replace coal fired generation, which produces power whenever you want it, with irregular and unpredictable wind power. This should be obvious to an electric power producer, but it does not seem to be.

There is also solar energy, which in Colorado is pretty reliable during most days, but that is less than half the time, especially in winter. Utilities are adding battery systems to solar but that is for grid stabilization. Storing enough juice to get through the night or a long rainy spell is prohibitively expensive.

Platte River specifically mentions beefing up their ties to the grid, so they may be planning on buying wind power when their wind does not generate enough, which might be most of the time. This is called the “super-grid” solution to intermittency. The problem here is that low wind conditions are often very widespread, such that no one in a very large geographic area has any excess wind power to sell.

In fact the periods when electricity is needed most often involve very large areas of low wind conditions. These are massive stagnant high pressure systems, which often create prolonged heat waves in summer and frigid cold spells in winter. Colorado had a week long, low wind, hot spell just this past July. These hot and cold highs can cover half the U.S. or more, dramatically cutting wind power generation. This is what caused the big blackouts in Australia. They call it the week without wind.

Mind you, Platte River does have a good bit of hydro capacity, which can be saved and used to try to make up for low wind. But hydro, like wind is iffy. Periods of low precipitation for a year or more are not uncommon.

What all of this means is that gambling on intermittent power sources for 100% of your juice is hugely risky. So it will be very interesting to see what Platte River comes up with in 2020, as far as reliability is concerned. Daring blackouts to occur is a bad plan indeed.

Then too there is the cost of abandoning perfectly good coal fired power plants, all in the name of climate change alarmism. This is truly irrational.