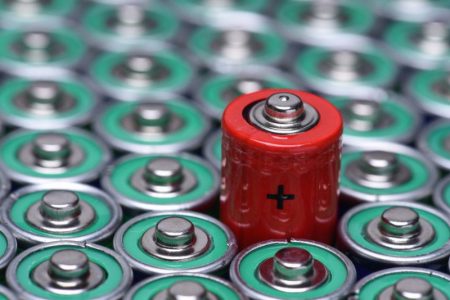 (Nov. 24, 2018) — Press coverage of the crusade for 100% renewable electricity invariably talks about wind and solar energy. As I have pointed out, the wind and solar fantasy requires a stupendous amount of battery storage, which is never mentioned. This is because the 100% feasibility studies are deceptive.

Wind and solar come with the big battery problem. Here it is at its simplest. America uses about four trillion kilowatt hours of juice a year. If we generated all of that using intermittent wind and solar, something like 70 to 80% of the time it would have to come from batteries, not from the original renewable generators. Just how many billions of KWh of batteries that would take is a complex computation, but it is a bunch. Millions of container sized batteries for sure. The only question is how many millions?

For those advocating 100% renewables for the entire world, the problem is that much bigger. Or even bigger than that, because electricity use is growing rapidly in many emerging economies, where people are finally getting better lives by using lots more electricity.

Yet there are a number of studies that seem to say that 100% renewables is feasible without filling the world with batteries. How do they do that? It turns out that there are several common tricks.

For example, there is a popular article in MIT’s prestigious Technology Review magazine with the compelling title “How California could affordably reach 100 percent clean electricity.” Sounds good, right?

Here the trick is that “clean electricity” does not mean renewables. It especially does not mean just wind and solar. In fact it includes nuclear power, which the greens loath. It also includes gas-fired generation with what is called carbon capture. This means the CO2 in the exhaust gases is captured and stuck into the ground somewhere, in vast quantities. A lot of people do not care for this concept.

When you include nuclear and fossil fuel generation you are definitely not talking about 100% renewables. But you would not know that from the title, which is all that most people read. The title deceptively sounds like an endorsement of 100% renewable energy.

Interestingly, this article says that California’s 100% law allows for this solution, because it specifies “clean energy,” while Hawaii’s law does not because it specifically says “renewables.” I doubt the legislators understand this distinction. Nor do I see California going nuclear.

In fact Technology Review has a news article that explains why 100% renewable energy is not feasible. It is rebutting a popular study that claims it is feasible. Hence the catchy title: “In sharp rebuttal scientists squash hopes for 100 percent renewables.” Apparently the 100% crusaders have not read this one.

Here is the cogent reason given in the squash article:

The fear is that legislation will mandate goals that can’t be achieved with available technologies at reasonable prices, leading to “wildly unrealistic expectations” and “massive misallocation of resources,” says David Victor, an energy policy researcher at the University of California, San Diego, and coauthor of the critique. “That is both harmful to the economy, and creates the seeds of a backlash.”

Other studies promoting 100% renewables find other ways to avoid the battery issue, in various combinations.