THANK YOU IN ADVANCE

(Oct. 29, 2018) — As the season quickly changes from fall to early winter in many parts of the country and the holidays are almost upon us, The Post & Email asks each new reader to consider giving one dollar toward our ongoing efforts to bring you original, hard-hitting reportage on the events of the day.

As regular readers will know, advertising has not worked well here, primarily because no company which has approached us — and there have been many — has been able to guarantee family-friendly ad displays. On several occasions, we have accepted the word of an advertiser that offensive ads can be blocked, only to find that they continue to come through.  Therefore, we are dependent on our readership to help with our operating expenses, which include hosting, website technical services, post office and mailing costs, office supplies, an occasional FOIA request, and of course, computer equipment powerful enough to carry out the multiple simultaneous tasks we do each day. 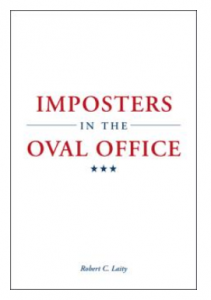 An exception to the typical advertiser is Robert Laity’s ad for his book, Imposters in the Oval Office, which we hope readers will explore and purchase.

We do not often conduct fundraisers; thus, when we ask, there is a real need.

To our knowledge, The Post & Email is the only website which has continued to issue original articles about the Obama birth certificate issue.  We are not, nor do we ever aspire to be, a member of the “legacy” media, which has completely ignored what could be the most massive government deception in our nation’s history:  creating forgeries of government documents to convince the American people that an ineligible candidate met the constitutional requirement of “natural born Citizen.”

Despite the media blockade, we are confident that someday, the truth will be known.

Unlike the mainstream media, we continue to vet other potential presidential candidates, whether Republican, Democrat or otherwise, for eligibility. We have already reported on the questionable presidential eligibility of Sen. Kamala Harris (D-CA), who may have 2020 aspirations, as well as Sens. Ted Cruz and Marco Rubio, both of whom sought the Republican nomination in 2016.

For those of you who have maintained monthly support of the paper for many years, we thank you, as well as those who have been generous in the past. This time, we would love to see each reader who has never donated before give just one dollar, which would enable us to conduct operations well into the future.

Thank you in advance.

Please Consider an End-of-Year Donation to The Post & Email added on Monday, October 29, 2018