(Oct. 26, 2018) — The Post & Email is in receipt of a letter dated October 17, 2018 written by Tennessee Department of Correction (TDOC) inmate Steven Brian Williamson, #218345, expressing fear for his life given that he was a witness to what he terms “some corrupt officers that was bringing drug’s, cell phones and haveing sex with most of the black gang members” [sic] at a previous prison and reported it.

As a result, he said, he was sent to the Bledsoe County Correctional Complex (BCCX) in Pikeville, where he described experiencing retaliation for disclosing the aforementioned activity at Northeast Correctional Complex (NECX).  “…since I told on those corrupt officers and gang member inmates I have a hit out on my life and they are going to ship me to another prison…” he wrote, where he expects gang members await him.

Williamson further reported that on September 17, 2018, he was moved into a cell with an inmate classified as “medium-security” when Williamson is classified as “minimum-security.” “…they have a unit just for medium custody inmate’s because minimum and medium’s can’t live together,” he explained. [sic]

Williamson subsequently filed a grievance against Unit Manager Randy Lewis, a copy of which he enclosed with the letter.  The grievance is dated 9-29-18 and stamped “Received” on October 1, 2018 by the Grievance Board.

A response dated the same day claims that the grievance was not filed timely, within seven days, and that “A complaint shall not address multiple issues.”  The TDOC form was unsigned but contains the typed name of a “SGT. NICOLE BROOKS,” identified as the “Grievance Chairperson.” 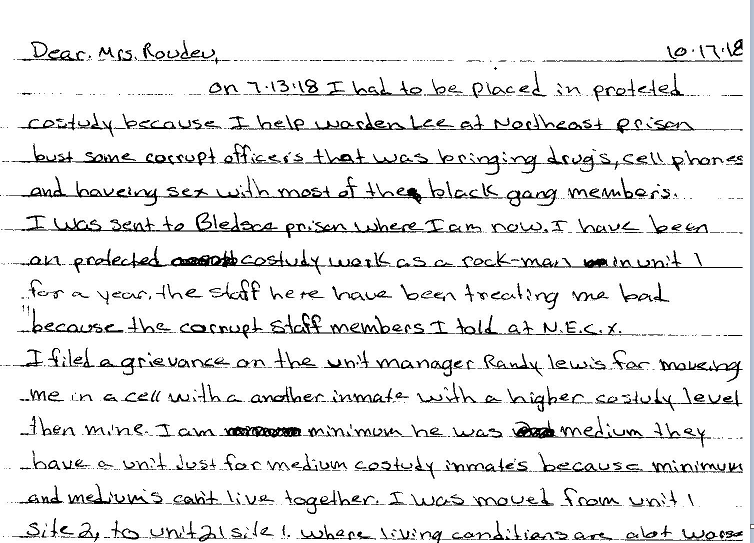 Williamson said that despite the rejection of his grievance, he was relocated “from unit 1 to unit 21,” as he had feared would happen.

“Most of these staff members are mad at me for telling on there co-workers because they are corrupt to,” he wrote. [sic]

On page 2, Williamson alleged that BCCX is rife with contraband. “bledsoe prison has more drug’s in it than my neighborhood in Knoxville does,” he alleged. “And it’s because the officer’s and other staff member’s are getting rich from bringing drug’s in here. there about 130 officer’s short here that’s why it’s easy for the officer getting away with bringing drug’s in they really don’t want to bust them they can’t afford to lose anymore officer’s…” [sic]

In early January of last year, the TDOC put out a press release detailing its reported efforts, which it described as “non-negotiable,” to combat contraband within the state’s 14 prisons. “Contraband is a national issue that affects prisons, jails and correctional institutions across the country,” the release states, in part. “The introduction of contraband of any kind to any correctional environment poses a threat to the safety of both that institution and the general public. It is for this reason TDOC works closely with our criminal justice partners and other correctional agencies around the country to combat the introduction of illegal items and prosecute those who attempt to do so. This includes ongoing work with the Association of State Correctional Administrators (ASCA) to ask the FCC to reevaluate regulations on technology which would limit cell phone transmissions from within prison facilities.” 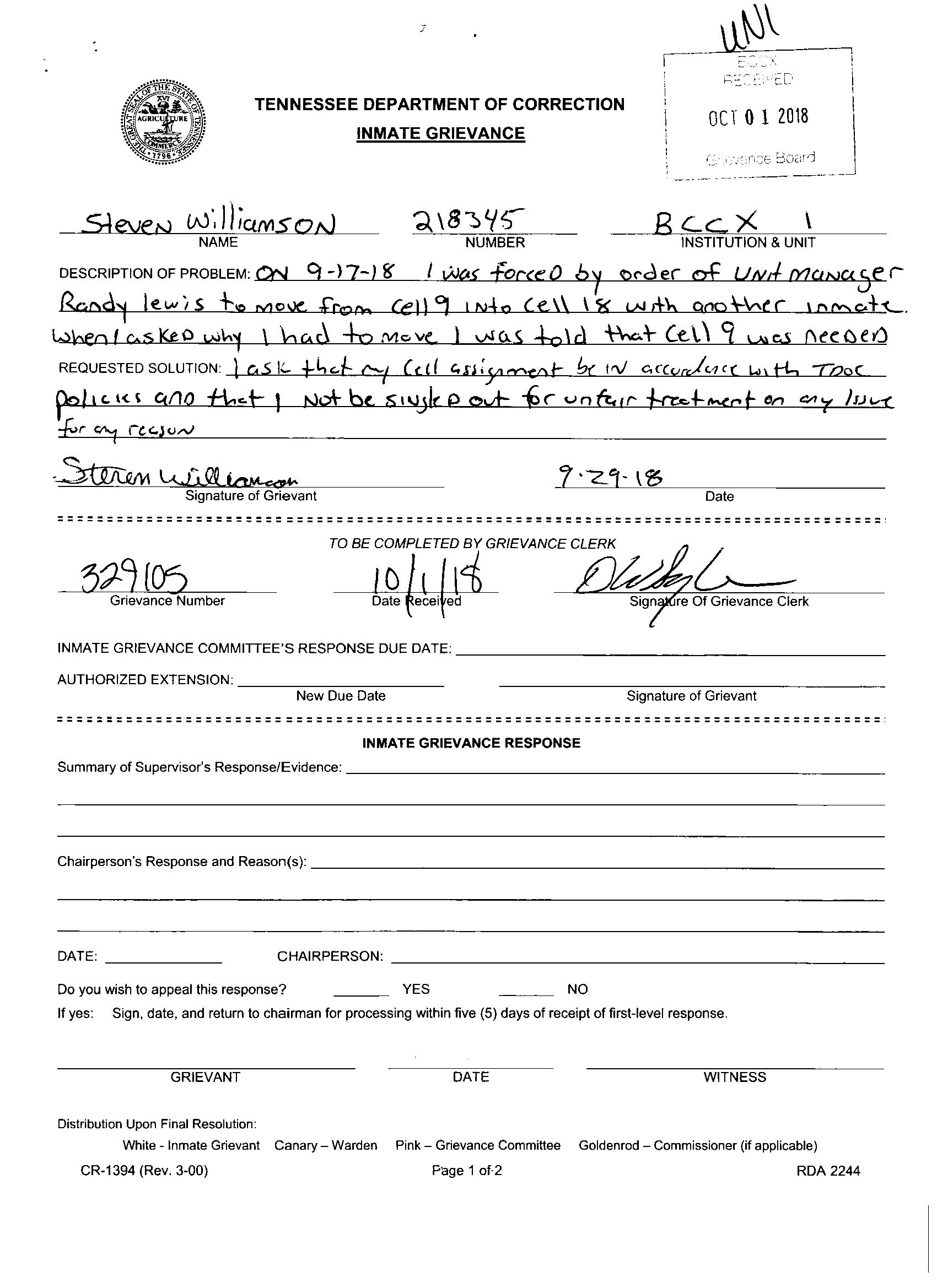 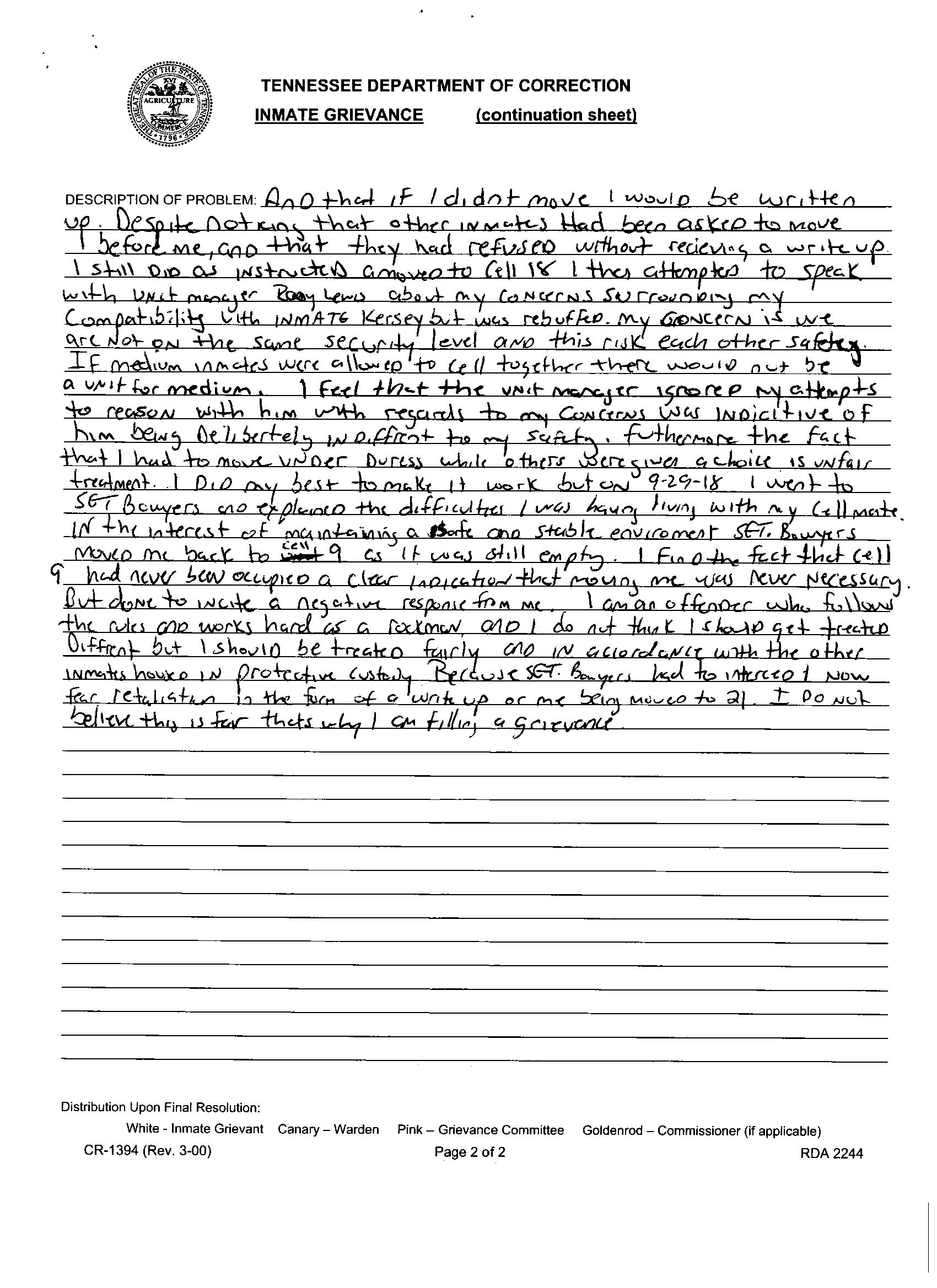 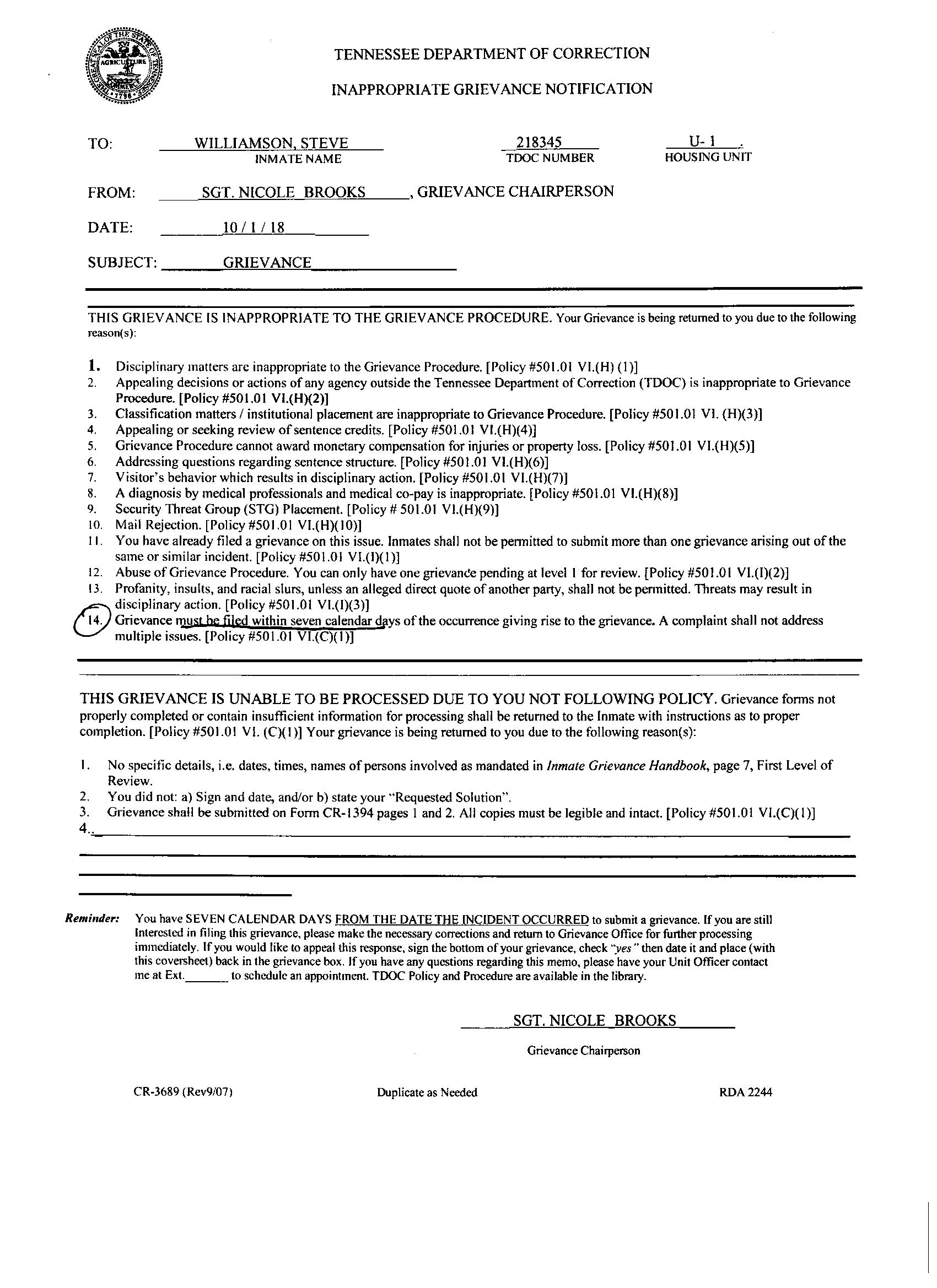 According to Williamson’s entry in the Tennessee “FOIL” lookup system, he was denied parole in August, but his sentence ends in July of next year.

TDOC Inmate Steven Williamson: “I Have a Hit Out on my Life” added on Friday, October 26, 2018

3 Responses to "TDOC Inmate Steven Williamson: “I Have a Hit Out on my Life”"