Of Civil War and the Unprincipled Rage of the Democrats

WILL “TANTRUMS” TURN INTO VIOLENCE?

(Oct. 10, 2018) — Whew.  Rational thought, the rule of law and the presumption of innocence have prevailed… for the moment.  Associate Justice Brett Kavanaugh now sits on the United States Supreme Court.  And the Left cannot stand it.  Instead of accepting the results of the “advice and consent” function of the U.S. Senate, they continue to do everything they can to fan the flames of hatred, rage and mindless fury over the proper operation of the Constitution.  Sort-of reminds one of their reaction to the operation of the Electoral College in 2016.  Memo to Democrats: grow up.

Make no mistake: we are now – and for some time have already been – in the opening phases of a Second Civil War.  The weapons that are being deployed are, for now, still primarily words, with the Right relying on logic and rational words and the Left falling back on epithets, slurs, profanities, obscenities and plain old gutter-speak in a futile attempt to articulate its rage.

Strike that: the Left and the Democrats – at least those in Congress – are successfully articulating to the electorate just how vile and personally disgusting they have become.  To repeat, once again, that which your humble servant has noted in the past: the Democrats have forfeited any right or claim of right, skill or ability to govern a free people in a constitutional republic such as ours.  Whether that forfeiture is permanent, never to return, will depend a lot on how they behave in the next few months.  But don’t bet the farm that their behavior will moderate or improve.

Moreover, their juvenile quest to re-take control of the House so that they can begin impeachment proceedings against Judge Kavanaugh is comical: even if they regained control of the House and voted out a bill of impeachment, there is no way they could gain control of the two-thirds Senate super-majority required under the Constitution to actually remove him from the Court.  And the same goes for President Trump.  Again, it is that pesky “Constitution” thing that keeps cramping their style.

Thus, their kindergarten “impeachment” tantrum is exposed for what it is: a pointless, DOA stunt designed solely to further embarrass Justice Kavanaugh and, of course, President Trump.  Stupid… really stupid.  They need to take a nap.

However, because their vile words have thus far failed them in their radical quest to destroy anyone and any institution standing in their way, a new, more disturbing tactic seems to be gaining traction with these intellectual dwarfs: garden-variety physical violence and, ominously, threats of assassinations.

Specifically, a special education “teacher” – one Samantha Ness – recently sent out a “tweet” asking her audience: “So who’s gonna take one for the team and kill Kavanaugh?”

Rest assured, when referencing the “team,” she was not referring to the GOP.  One day after being placed on “paid administrative leave” (paid…, really?), she resigned.  As yet, there is no corroborating proof supporting the rumor that she was immediately hired by MSNBC.  Let us hope for a visit from the FBI and/or the Secret Service in Ms. Ness’s immediate future. 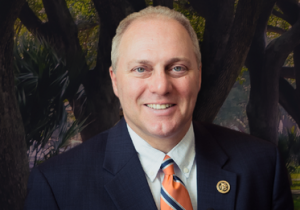 And let us not forget the attempted massacre of many Republican congressmen as they were practicing for the annual House-Senate softball game last year.  Congressman Steve Scalise was severely wounded when a gunman opened fire on them… after asking a bystander whether the people on the field were Republicans or Democrats.

Think about it: after all that Judge Kavanaugh and his family have been through, to have someone suggest that “the team” would not be upset if someone stepped forward and killed the newest Justice of the Supreme Court is ghoulish.  Yet this is the new narrative of the Left.  Perish the thought that some radical nut-case would take that suggestion and put it into play.  And worse, if that happened, how long do you think it would take for retaliatory attempts to be made against Ruth Bader Ginsburg?  Or Sotomayor?  Or Kagan?  Memo #2 to Democrats: remember who supports the Second Amendment and who does not.  And, by the way, do you really want to spark the potential for more emergency nominations to the Supreme Court by the guy you detest now sitting in the Oval Office?

The Left and the Democrats (again, pardon the redundancy) are breaking new and extremely dangerous ground.  Unless cooler heads in that political party – if any remain – start reining in the inflammatory rhetoric of Chuck Schumer, Mazie Hirono, Cory Booker, Kamala Harris, Maxine Waters, et al., et al., et al., they will soon rue the day that they consciously and willfully sacrificed reason and civility in the name of political power and the destruction of those who would threaten their radical goals.

The next true test of whether this gets better or far worse will come on November 6, 2018.  Pray that the GOP stomps the Democrats flat, because if they are allowed to re-take control of either the House or the Senate, we will be in for some tough times.  Really tough times.

And if you doubt that, just practice saying “Majority Leader Schumer” and “Speaker Pelosi.”  Kind-of leaves a putrid, acidic taste in your mouth… no?

Of Civil War and the Unprincipled Rage of the Democrats added on Wednesday, October 10, 2018