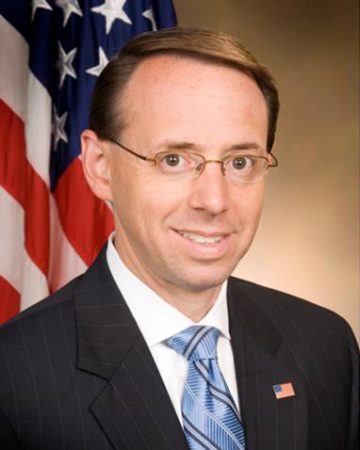 (Oct. 7, 2018) — On today’s “Sunday Morning Futures,” host Maria Bartiromo interviewed House Intelligence Committee Chairman Devin Nunes, who has been spearheading an investigation into the basis for the FBI’s launching of a counterintelligence probe into the 2016 Trump campaign.

Nunes said that a meeting between an attorney from the law firm representing the DNC, Perkins Coie, and then-FBI Chief Counsel James Baker prior to the opening of the Trump-Russia “collusion” investigation, is proof that the FISA court was not informed that the evidence provided by DOJ and FBI officials to obtain a surveillance warrant on Trump campaign advisor Carter Page was a political product.

Baker left the agency last year, along with a number of high-ranking FBI officials, including former Director James Comey.

On October 3, John Solomon of The Hill reported that Baker provided testimony to members of Congress admitting to his interaction with Attorney Michael Sussman in which “Russian interference in the election, hacking and possible Trump connections” were reportedly discussed.

“…So now you have absolute proof that that wasn’t told to the FISA court…The FBI did not tell the court that they were getting this information directly from the opponent of that campaign,” Nunes added.

He stressed that in his view, President Trump should release approximately 20 pages of documentation associated with the Page FISA warrant which have not yet made public.  Several weeks ago, Trump ordered the release but within several days backtracked, stating that the DOJ and certain U.S. “allies” opposed it.  Therefore, Trump said, the DOJ’s Inspector General would perform a review of the documentation before its release.

“If he doesn’t declassify it, he’s going to let these criminals — this criminal activity and fraudulent behavior — people are going to get away with it if this information is not declassified so that all the American people can know,” Nunes told Bartiromo.

Nunes further claimed that after Trump made his decision to declassify “immediately and with no redactions,” Deputy Attorney General Rod Rosenstein “convened all the top people — the same people that are involved, that signed the FISA, that have been blocking Congress from getting information —  they all met with the president and told the president that we can’t do it because ‘allies might get concerned.’  You can’t buy any of this from these guys.”

Rosenstein has agreed to meet with some lawmakers, including Nunes, this coming week regarding claims made in a New York Times article that Rosenstein plotted to record Trump without his knowledge and invoke the 25th Amendment to have Trump removed from office.  Rosenstein has denied the allegations made in the article.  Rather than removing Rosenstein in a knee-jerk reaction, which some speculated was the motivation for the article, the Trump administration did not comment for several days. Following that, Trump said publicly that he wished Rosenstein to remain in his post and that the two would meet on Thursday, September 27.

That meeting was preempted by the testimony of Dr. Christine Blasey Ford, who accused now-U.S. Supreme Court Associate Justice Brett M. Kavanaugh of sexual assault when both were in high school 36 years ago.

It does not appear that the meeting between Trump and Rosenstein was rescheduled.

Nunes made the point to Bartiromo that Rosenstein hired Special Counsel Robert Mueller to oversee the Trump-Russia investigation into whether or not anyone from the Trump campaign “colluded” with Russia and the extent to which the Kremlin interfered in the 2016 election. Rosenstein’s hiring of Mueller occurred one day after Mueller unsuccessfully interviewed with Trump for the position he once held, that of FBI director.

Toward the end of the segment, Nunes said that House investigators “knew” that no evidence of collusion between the Trump campaign and Russia existed.  “So what has the Special Counsel been doing this whole time?” he asked rhetorically. “It’s pretty clear now that this was an investigation in search of a crime…We now know that it was the Democratic Party colluding with Russians and feeding it to the top levels of the FBI.”

That reference was to the DNC/Clinton campaign’s hiring of a research company, Fusion GPS, to gather “dirt” on Trump related to Russia. Acting as a financial pass-through, Perkins Coie paid Fusion, which contracted with former British spy Christopher Steele to gather the information. Steele supposedly consulted with his Russian sources and produced the as-yet-uncorroborated and now-infamous Trump-Russia “dossier.”  The dossier was then submitted to the FISA court as justification for the surveillance warrant on Page.

Perkins Coie was also deeply involved in the alleged procuring of a “long-form” birth certificate from the Hawaii Department of Health (HDOH) in April 2011 for then-White House occupant Barack Hussein Obama.  The image was found to be a “computer-generated forgery” by a five-year criminal investigation which Congress has never probed.