“BUT THEY ARE NOW BEING EXPOSED” 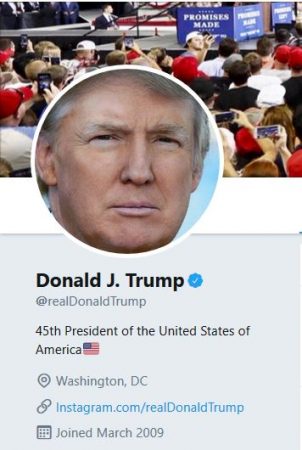 (Sep. 18, 2018) — Shortly before 9:00 AM on Tuesday, President Donald Trump quoted Rep. Peter King (R-NY2) as having said that the counterintelligence investigation launched by the FBI in 2016 into the Trump campaign on the basis that one or more aides, and/or Trump himself, “colluded” with the Kremlin to achieve victory at the polls constituted “a counter terrorism tool used to spy on a presidential campaign, which is unprecedented in our history.”

For his own part, Trump remarked, “Really bad things were happening, but they are now being exposed.  Big stuff!”

The collection of Page’s communications inevitably yielded the identities of those with whom he spoke or with whom he exchanged emails, the totality of which is not yet known.

FBI and DOJ officials signing the warrant applications presented an unverified “dossier” as “evidence” without disclosing that it was politically-motivated material compiled by a former British foreign spy, Christopher Steele, with a stated dislike of Trump.  In October 2016, at approximately the same time the first warrant application was submitted, Steele apparently leaked the existence of the dossier to the media in violation of his agreement as a confidential human source (CHS) with the FBI.

Text messages released over the last few weeks show that the former MI6 agent, now embroiled in litigation in his home country, was in communication with the then-fourth-highest-ranking DOJ official, Bruce Ohr, both before and after the 2016 presidential election.

Ohr’s wife Nellie at the time was employed by Fusion GPS, which the DNC and Hillary Clinton campaign hired to conduct opposition research on Trump. Fusion then contracted with Steele, who reportedly tapped his Russian “sources” for the information which ultimately went into the dossier.

Republicans on several congressional committees have been hinting for weeks and even months that there was no true intelligence behind the FBI’s launching of its probe into the Trump campaign. House Intelligence Committee Chairman Devin Nunes has said publicly on several occasions that the “exculpatory information” the FBI and DOJ had in their possession was not presented to the FISC alongside the unverified dossier, as is required by the agencies’ own policies.

The court reportedly held no hearings before granting the surveillance warrants on Page’s communications between October 2016 and June of last year.

Critics of the president say that his directive for the Office of the Director of National Intelligence (ODNI) and the Justice Department to declassify a wide swath of text messages exchanged among Ohr and four former high-ranking FBI officials, as well as the remainder of the FISA application documents, constitutes interference in Special Counsel Robert Mueller’s investigation of alleged Russian “meddling” in the 2016 election and allegations of Trump-Russia “collusion.”

A number of other previously high-ranking FBI and DOJ officials resigned or were fired, as in the case of former Deputy Attorney General Sally Yates.

Several weeks ago, The Washington Post reported that a grand jury was convened to examine evidence against McCabe for allegedly lying to the DOJ’s Inspector General about whether or not he leaked information to the media.

Strzok and Lisa Page exchange thousands of text messages, the remainder of which would be declassified under Trump’s recent order, showing an anti-Trump bias and perhaps motivation to take action after he won the election.

Trump fired Comey in May 2017 for the way in which he announced that the FBI would not recommend Hillary Clinton for possible criminal prosecution to the Justice Department.

As a guest on the “Hannity” show Monday night, Carter Page said that not only was he never charged with a crime as a result of the surveillance, but also that no one from the FBI or DOJ has ever sought to question or interview him about his relationship with Russia or any other topic.