Investigative Reporter: Key Documentation to be Handed to Committee “Within Days”

SAID TO BE “EXCULPATORY”

(Sep. 4, 2018) — On Tuesday evening’s edition of “Hannity,” guest and investigative reporter Sara A. Carter reported that her sources have told her that the House Intelligence Committee is expecting to receive “20 pages” of documentation it requested months ago of the Justice Department and FBI.

Carter termed the documentation “exculpatory,” a term Intel Committee Chairman Devin Nunes has also used in referring to materials his committee has been seeking for at least a year emanating from the Trump-Russia investigation now led by Special Counsel Robert Mueller.

Specifically, Nunes has issued subpoenas for the applications provided to the Foreign Intelligence Surveillance Court (FISC) to obtain warrants on former Trump campaign adviser Carter Page.  In late July, Judicial Watch obtained 412 pages from the FBI/DOJ demonstrating that the unverified Russia “dossier” was heavily relied upon by the agencies as evidence to the court that surveillance was necessary on Page.

The dossier was a product of opposition research on Trump, a fact not revealed to the FISC.  Last week, Judicial Watch released the response to a FOIA request from the DOJ claiming that no requested transcripts exist because no hearings took place with the FISC on the Page surveillance warrants.

Page has denied wrongdoing and has not been charged with a crime.

Nunes has said that despite having viewed the electronic communication (EC) which allegedly served as the basis for the FBI’s launching of a counterintelligence investigation into the Trump campaign in 2016, he has not seen any true “intelligence” justifying it. 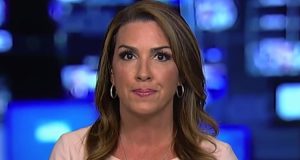 Carter predicted that the 20 pages of documentation would be made public “within days.”

Carter is a frequent guest on Hannity’s nighttime Fox News show as well as his afternoon radio show, which airs from 3:00 p.m. to 6:00 p.m. EDT weekdays.

Investigative Reporter: Key Documentation to be Handed to Committee “Within Days” added on Tuesday, September 4, 2018