HOW MANY MORE DOTS WILL BE CONNECTED? 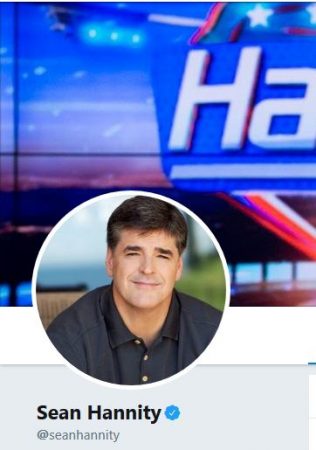 “Ohr will appear before the House Judiciary and Oversight and Intel Committees,” Hannity said, referring to Ohr’s scheduled private testimony on Tuesday on Capitol Hill by subpoena.

In 2016 Steele reportedly tapped Russian sources to gather “dirt” on then-presidential candidate Trump which was provided to the FBI, at least in part, by Ohr.  The information was also supplied to the Foreign Intelligence Surveillance Court (FISC) in October 2016 and on three successive occasions to obtain surveillance warrants on one-time Trump campaign foreign-policy adviser Carter Page.

Ohr’s wife Nellie worked on gathering Steele’s unverified information which eventually made up the “dirty dossier,” as Hannity has often termed it.

The FBI did not inform the FISC that the dossier’s information was unverified.

Hannity also referred to Special Counsel Robert Mueller’s Trump-Russia investigation as a “witch hunt” in keeping with Trump’s stated opinion of the probe which is reportedly seeking evidence of “collusion” between the Trump campaign and the Kremlin.

Earlier on Monday, House Judiciary Committee member Rep. Mark Meadows tweeted that Ohr has some “explaining” to do on Tuesday.