“A democracy cannot exist as a permanent form of government. It can only exist until the voters discover that they can vote themselves largess from the public treasury. From that time on the majority always votes for the candidates promising the most benefits from the public treasury, with the results that a democracy always collapses over loose fiscal policy, always followed by a dictatorship (bondage).”

Our forefathers founded the United States of America as a republic and not a democracy to avoid this existential threat. So, what happened?

The Bern happened. Snowflakes and millennials discovered leaders in representative government who would provide the largesse from the treasury that they could not vote for directly. Bernie Sanders promised them the cradle-to-grave government support of socialism and its attendant breakdown of representative government – they trusted the Bern and they were all in. After Hillary and the DNC managed to deny Bernie the candidacy, Hillary’s campaign moved further left politically to pick up Bernie’s constituents.

Hillary tailored her message toward Bernie’s followers and in the aftermath of her shocking loss to candidate Donald Trump her followers disavowed the American electoral system entirely. They have withdrawn their trust because they don’t like the outcome. This is unprecedented in American history. For 242 years the American public has accepted election outcomes and moved on. As in any competition there is a winner and a loser and everyone moves on to try again next time.

The educational indoctrination against American individualism toward collectivism that began after WWII started to weaken the common denominator of American citizenry.

Tribalism has a very different dynamic for group cohesion that focuses on the WHO of behavior and not the WHAT. Let me explain.

In tribal societies membership in the tribe is the absolute value. Regardless of your behavior, when you are a member of the tribe the tribe protects you. The tribe focuses on the WHO of behavior which explains the nature and attraction of identity politics. Human beings are social beings and require emotional attachment.

In the Trump era we are witnessing the devolution of American society into political tribes.

In the leftist Democrat tribe it does not matter what you do – as long as you are considered a victim you are welcomed into the tribe and protected. The leaders of the tribe promulgate victim identity politics to galvanize their power. They tolerate any and all differences in race, religion, gender, socio-economic status, etc. but will not tolerate anyone who thinks differently. Leftist identity politics requires self-identification as a victim. In a symbiotic relatedness the leftist tribal leaders do not hold their constituency accountable for behavior (what they do) and their constituency ignores the malfeasance of their leadership. This is how it works. 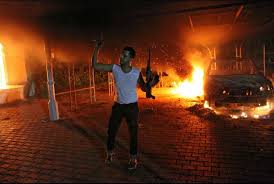 Hillary Clinton, leftist tribal candidate for president in 2016, was elevated to “above-the-law” status (the who). It did not matter that she colluded with the Russians to sell 20% of American uranium to the Russians or that she made up a fictitious story about a video to absolve herself of responsibility for Benghazi. Remember:  all human relatedness revolves around trust and those who voted for “HER” ignored any and all evidence about her wrongdoing.

In fact, the left doubled down and in a stunning tactic of political projection accused President Donald Trump of colluding with the Russians.

After Hillary’s devastating loss to President Trump her tribe became hysterical – they continue to refuse to accept the election results (the what) and instead are trying to overthrow duly-elected President Trump. This brings us to the Mueller “investigation.”

The infamous Mueller “investigation” has been exposed as part of the soft coup (no military involvement) against President Trump. The “Russian collusion” narrative cooked up by the anti-Trumpers parallels the fiction of the Benghazi video – both wag-the-dog plots to deflect attention away from the actual staggering malfeasance of Hillary and the Obama administration. Again, the anti-Trump leftist tribe concentrates on the WHO and not the WHAT.

Ironically, the Mueller debacle has begun to boomerang onto its own anti-Trump cast of characters including Mueller, Rosenstein, Strzok, Page, McCabe, Wray, Ohr, Brennan, Comey, the partisan Clinton/Obama lawyers Mueller hired, and of course Hillary and Obama himself. The malfeasance of the entire cast is slowly being exposed one FOIA request at a time. The politicizing of the FBI, CIA, IRS, NSA, DOJ, and State Department under Obama was a staggering betrayal of the institutional non-partisan missions to protect and preserve the country. Obama promised to transform America and he did.

Obama’s hope and change brought the greatest erosion of public trust in government since the Vietnam War. We are at a tipping point when Americans no longer trust the politicized government institutions or the mainstream media who have colluded to rewrite the facts in favor of their preferred politicians (the who).

So, “What happens when trusted institutions are no longer trustworthy and the country’s institutions betray their own citizens??” The society devolves into fractious tribalism where only the WHO and not the WHAT of behavior matters. The leftist anti-Trump tribe seeks to overthrow the President and replace our capitalist infrastructure with socialism. The pro-Trump tribe seeks to protect and preserve the unifying Constitution and the non-partisan rule of law.

The crucial question is, “Who do you trust?” Americans who trust the anti-Trumpers to overthrow a duly-elected president are inviting anarchy. Historically, anarchy is followed by totalitarian government to stabilize the chaos that anarchy creates. Americans who trust the Constitution and the rule of law can recover from this period in history and defy the prediction that great civilizations necessarily collapse backwards into dependency and bondage. 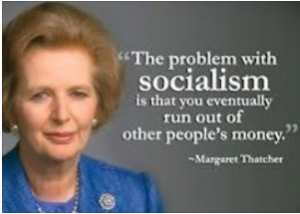 America is at the tipping point of losing its identity as a representative republic. Anarchy and lawlessness being fomented by the leftist Democrat tribe threatens to collapse our capitalist infrastructure and replace it with the deceitful promise of socialism. Here is the problem. Everywhere the people have elected officials who promise them free stuff and cradle-to-grave government dependency the outcome has been disastrous. We don’t have to look at the calamity of Venezuela – we can look at California, Illinois, and New York – these states are teetering on bankruptcy because free stuff is not free, contrary to what the Bern says. In the immortal words of Margaret Thatcher, “Socialism cannot work because eventually you run out of other people’s money.” California, Illinois, and New York are running out of other people’s money and are are currently in Tytler’s 7th stage.

It is imperative that we stand strong with President Trump and trust the trustworthy Constitution and the rule of law. If the nation trusts the untrustworthy promises of social justice and income equality through socialism we will be forced into bondage. We will end up like Venezuela – poor, robbed of our precious liberties, individual freedoms, and begging for a return to our capitalist infrastructure and representative republic.

Untrustworthy snake oil salesmen come in all forms. Many appear extremely “presidential.” What they have in common is they live in the swamp and the product they are selling only benefits themselves. We must be very careful and only trust the trustworthy – we must trust the Constitution, the rule of law, and duly-elected President Trump, who stands for both.

3 Responses to "Trusting the Untrustworthy"