Tennessee Inmate Says “Safety of Staff and Inmates at Risk”

BUT WILL IT FALL ON DEAF EARS? 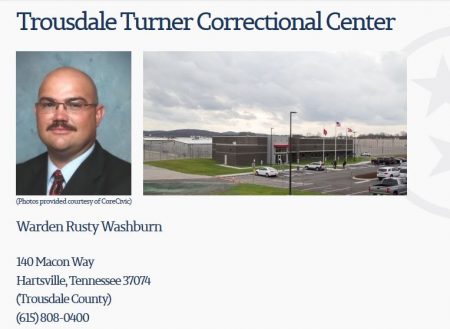 (Aug. 14, 2018) — A letter arriving on Saturday dated July 31, 2018 from Tennessee inmate Jeffery Johnson, #105994, expounds on an earlier letter and enclosure reporting a “Battle of the Units” to encourage vigorous housekeeping days before an expected inspection visit from TDOC officials.

Johnson’s letter was addressed to John Fisher, Regional Director at the Tennessee Department of Correction (TDOC) in Nashville with the subject line “Failure To Cooperate.”

Johnson is housed at the Trousdale Turner Correctional Center (TTCC) owned and operated by the private prison company CoreCivic. In several mailings received beginning in May, Johnson has described severe short-staffing and other deficiencies, the former of which was confirmed in a November 2017 audit by Tennessee’s Comptroller of the Treasury.

The facility is Tennessee’s newest prison, having opened in January 2016 to what was described to this writer by arriving inmates as austere conditions.

Johnson’s claims have been reiterated by dozens of inmates and their relatives, particularly concerning rampant gang activity; poorly-trained staff; lack of access to the prison law library; inmate drug use, at times reported as resulting in death; irregular meal schedules; substandard medical care; and 23-hour lockdowns without an underlying reason.

The “Battle of the Units” called for “Bunks made up properly,” “Floors shining,” “Offices squared away,” and other benchmarks, with the contest launched “to show off which unit/pods are the best” prior to the inspection visit. The reward to the winning unit was designated as “a meal cooked on the grill (not the chow hall) and provided to them by the Chief of Unit Management.”

“This will be judged by one of the guests walking around that day,” the July 21, 2018 Core Civic memo continued. “So show your pride and your unit off to be the winner not only for the grilled food but the bragging rights of the best unit.” 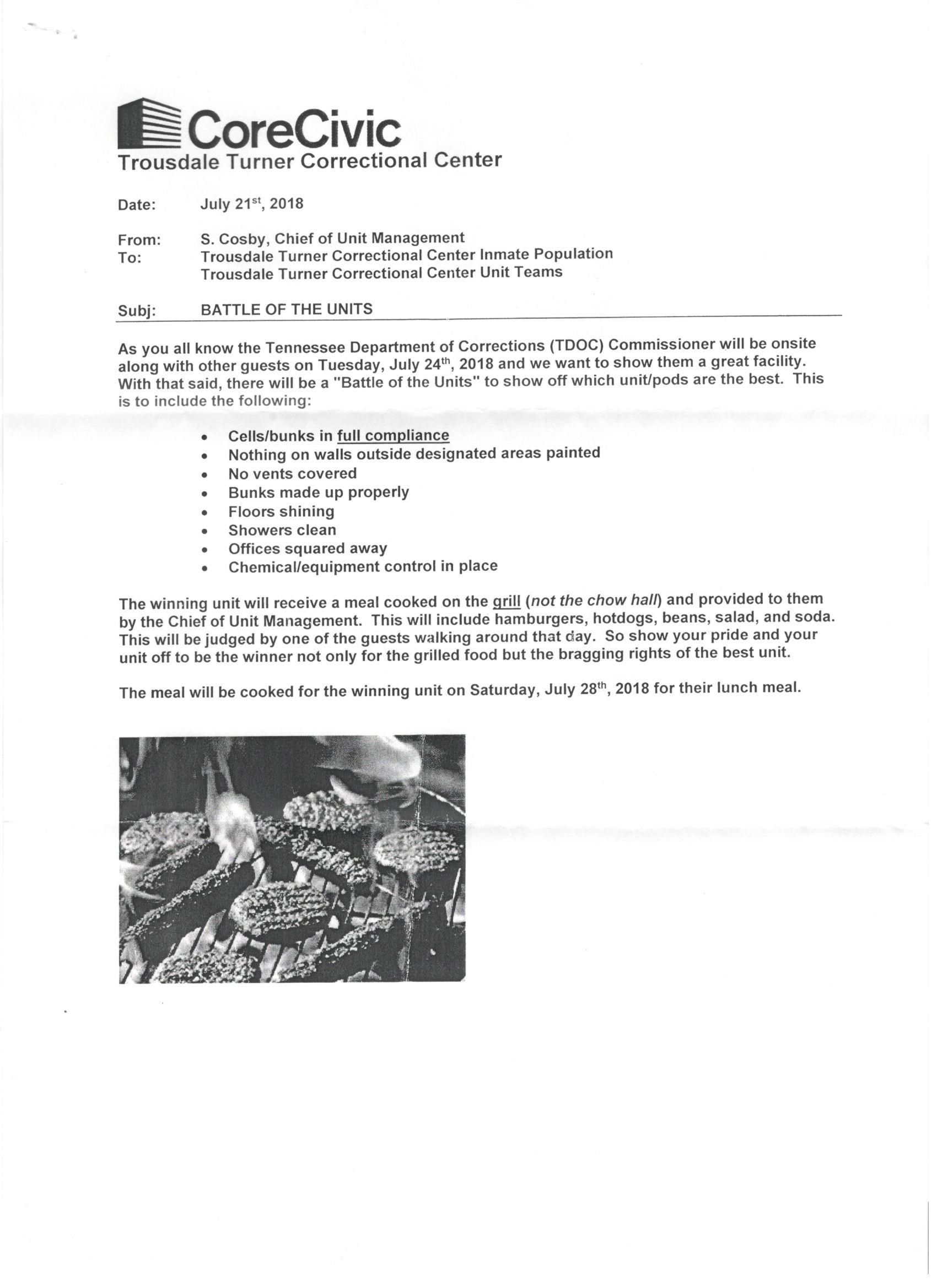 The Post & Email has not yet heard which unit won the “battle.”

In his second paragraph, Johnson stated that “There are many deficiencies in this facility which have been going on since it opened, and officials refuse to work with us to come up with plans to resolve some of these problems. This facility has, in the past, failed audits. Every time, before the audit people arrived here, this facility brings people from other places to fill up the lack of staff. This lack of staff is so bad that often times, there is no officer working in the unit…Prison officials refuse to cooperate with us…”

On page 2, Johnson repeated a complaint this publication has received dozens of times regarding the absence of inmate grievances and sick call forms. “The issues happening in this facility, have been brought out by; inmates, families, and people from the media. However, there has been, and, it continues, threats of retaliation against the people who complain and/or expose the problems in this facility.” Johnson ended his thought with, “I was classified to be transferred to Turner Center without having requested it.” [sic]

He went on to detail a “gang fight” on July 22, 2018 wherein a correction officer allegedly “should have known that the inmates who started the fight, did not belong to that pod or area. However, she allowED them to enter the pod, then, abandoned her post.”

The third page of his letter, under the subheading “CONCLUSION,” states that as a result of the “problems” he identified, “The safety of staff and inmates is highly at risk. The lack of leadership (the warden) is, and has always been the main source for all the deficiencies.”

Warden “Rusty” Washburn is not the first warden of the facility, having replaced Blair Leibach approximately six months ago.

In his final statement, Johnson concluded that “this facility needs to be closed down for being in continuing violation of statute 41-24-105 (c),” a reference to TCA 41-24-105 (c) whose updated wording reads, in part:

Johnson’s letter was copied to several parties, including the Criminal Justice Information Services Division of the FBI, who is noted in our traffic log as an occasional visitor to The Post & Email. 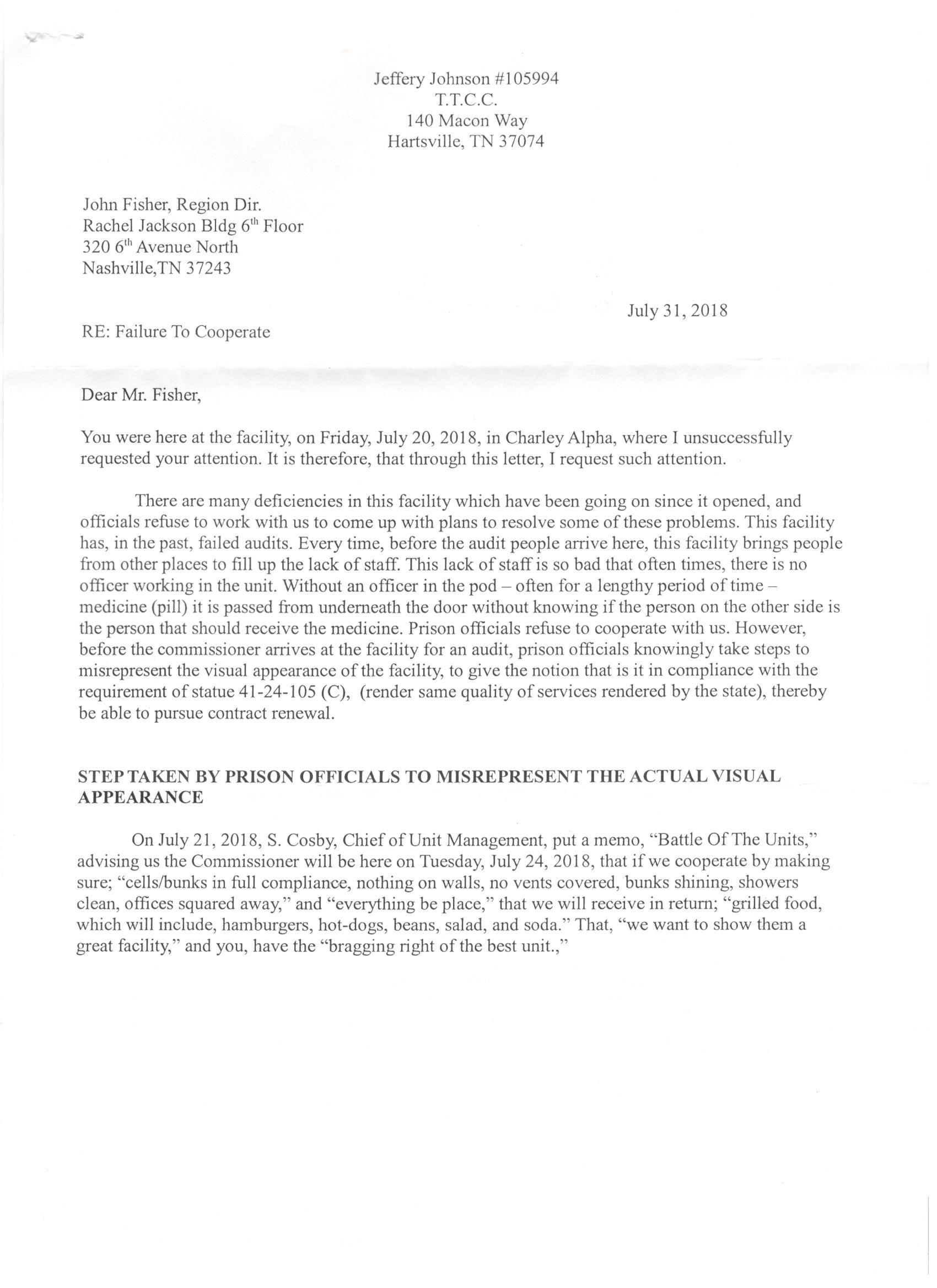 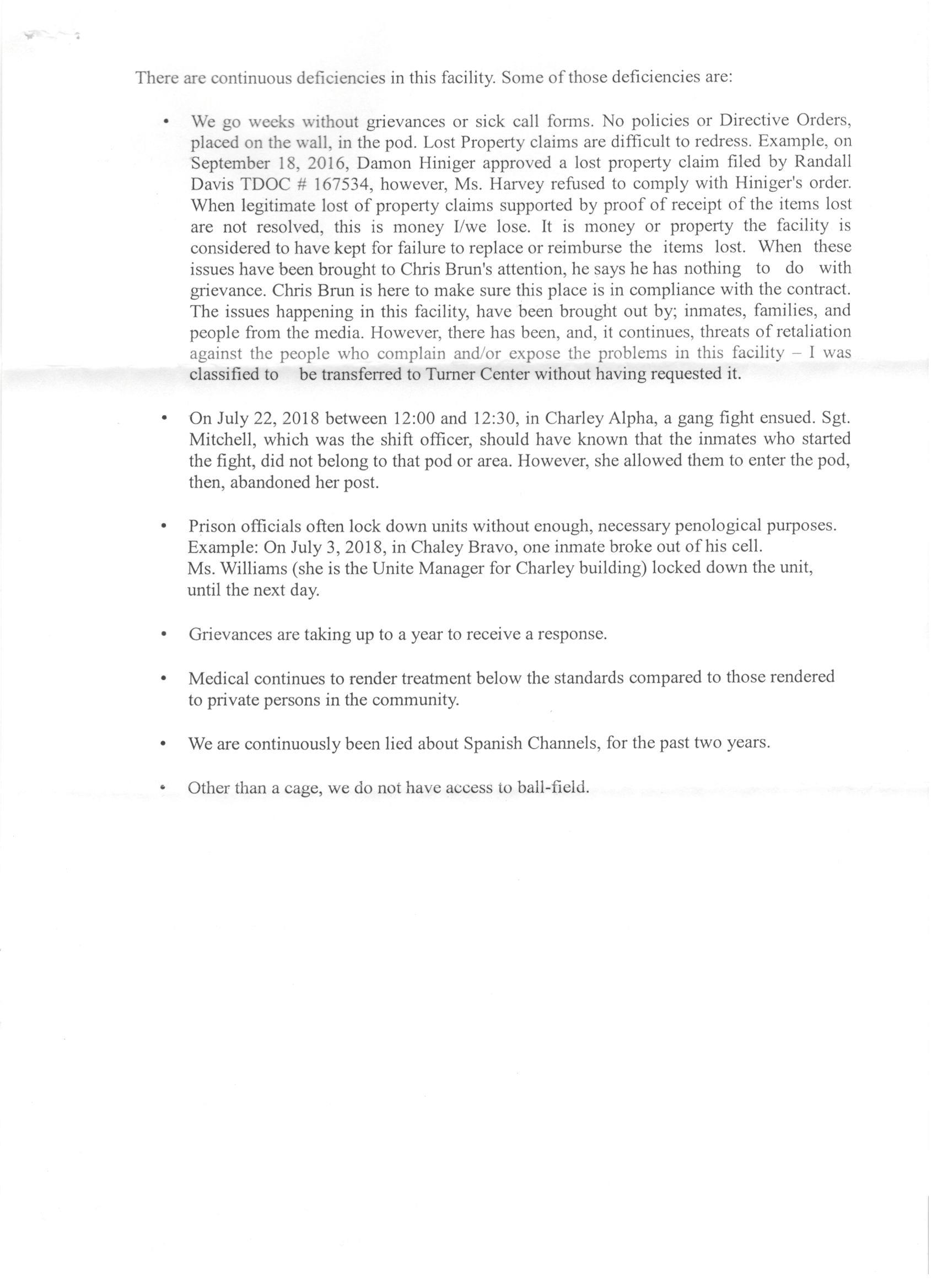 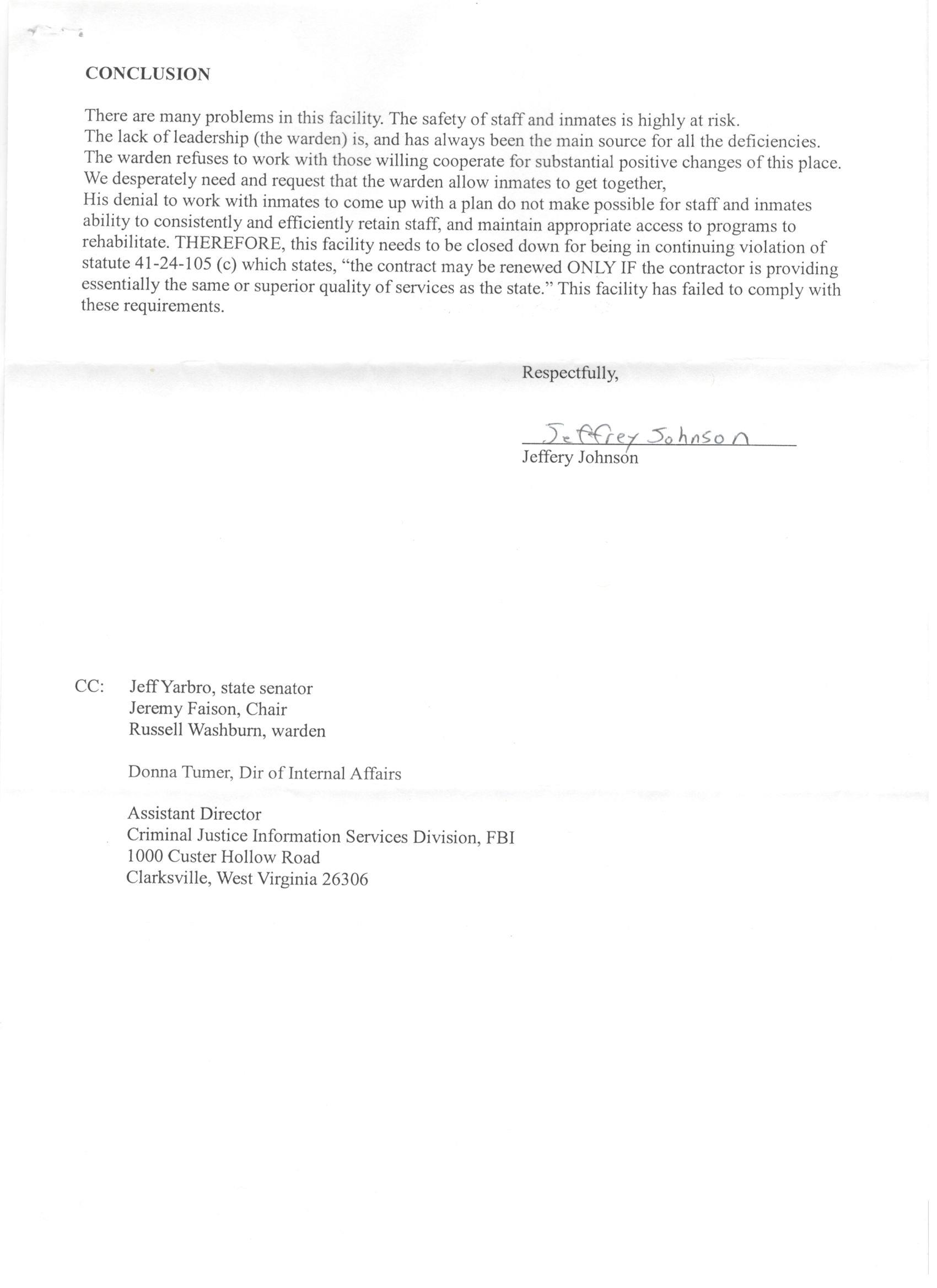