“I THINK HE REALLY HAS NO CHOICE” 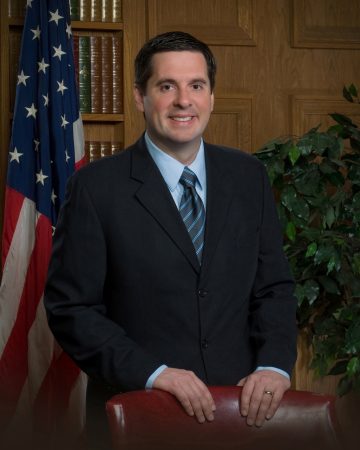 Last week The Hill’s John Solomon reported that emails and handwritten notes made available to him indicate that a high-ranking Justice Department lawyer, Bruce Ohr, met with Russia “dossier” author Christopher Steele following the November 2016 presidential election and that Ohr continued to pass Steele’s information, reliable or not, to the FBI.

The significance of the post-election meetings is that Steele had been terminated as an FBI confidential human source (CHS) due to his violating an agreement not to divulge his work to the media without the agency’s permission.

Of the ongoing meetings, Nunes told Bartiromo, “This is just madness; the American people need to know it,” subsequently calling for “more information than usual” to be “declassified” by President Trump.

In 2016, Ohr’s wife Nellie was employed by Fusion GPS, a political research firm paid by the DNC to procure opposition research on Trump.  Fluent in Russian, Nellie Ohr reportedly worked specifically on the Steele dossier.  Steele was paid by Fusion as he reportedly tapped into Russian sources for information which, when assembled, would eventually become the dossier.

Nunes has previously reported that despite numerous subpoenas and confrontations with Deputy Attorney General Rod Rosenstein over document production relative to their oversight responsibilities, he has thus far seen no intelligence which would have provided the basis upon which to launch a probe of the Trump campaign, which has been ongoing for more than two years.

Bartiromo invoked that point at 4:16.

Trump has long insisted that no one in his campaign “colluded” with the Kremlin to win the election and that in reality, it was the Democrats who coordinated with Russia, directly or indirectly, in an attempt to prevent him from winning.

As Nunes is out of the country presently, the interview with Bartiromo took place over the telephone. At the outset, Bartiromo confirmed that House Judiciary Chairman Bob Goodlatte issued Ohr a subpoena for him to testify to the committees on August 28.

Rep. Mark Meadows of the Judiciary Committee had first reported Friday night that Ohr would be testifying that day.

Just after the 2:00 mark in the 5½-minute interview, Nunes said he believes Steele’s sources were part of a “Russian propaganda arm,” with the information they provided making its way to top-ranking FBI and DOJ officials who apparently acted upon it.

One action taken on at least four different occasions was the application to the Foreign Intelligence Surveillance Court (FISC) for warrants to collect the communications of Carter Page, an informal, volunteer Trump campaign advisor known to have traveled to Russia to give a speech.

Page lived in Russia for three years while working for Merrill Lynch, according to his bio, and is currently CFA of Global Energy Capital LLC.

At 2:45, Bartiromo said that her program is reporting on the unraveling of the actions taken by the FBI and DOJ on a weekly basis because of its significance.  She asked Nunes if he believes Trump will declassify the information not yet released publicly, to which he responded, “I think he really has no choice.”  Absent that, Nunes opined, “half of America, including nearly every Republican in Congress” would be left with “zero confidence in the Department of Justice and FBI, and that just can’t be.”

At 4:28, Bartiromo asked Nunes if there will be “accountability” and “prosecutions,” to which he responded, “The only way there is going to be full accountability is one step at a time, and it goes with full and complete transparency.” He continued, “I think people are going to be shocked at what went into a FISA warrant against Carter Page and even more importantly, what did not go into the FISA…involving the information that they had on Carter Page,” a suggestion Nunes said on Sean Hannity’s show last Monday.

Nunes called the alleged omissions on the FISC application “very, very concerning” and “not a way to run a counterintelligence investigation.”

The video of the segment is available at the Fox News Channel’s Twitter feed and here.