FROM ALMOST TWO YEARS AGO 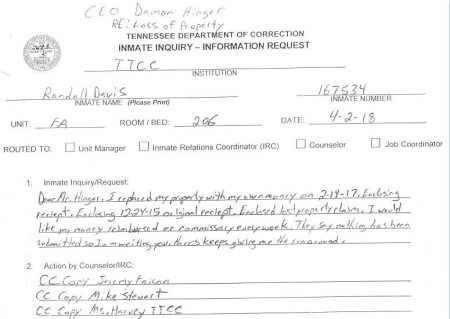 Mr. Davis’s communication with us was his first, and the copious documentation he sent shows that personal property valued at more than $300 was allegedly “misplaced” when he was moved to segregation, otherwise known as “the hole,” in September 2016.

TTCC is Tennessee’s newest prison and is owned and operated by the private corporation CoreCivic, headquartered in Nashville.  TDOC spokeswoman Neysa Taylor has told The Post & Email that the state’s privately-run prisons receive “daily” oversight and are answerable to the TDOC.

The prison has been reported by WSMV in Nashville and this publication, based on relative and inmate accounts and documentation, to be plagued with severe understaffing, gang violence, inadequate access to the law library, claims of racial discrimination, and insufficient medical care.

A letter from Davis dated March 9, 2018 to CoreCivic CEO Damon Hininger states that Davis filed a grievance over the loss of his property after he discovered it “but there is no record that an inventory paper was ever filed by St. Jeffery, nor have I received a response to the Grievance.”

The Post & Email believes that Davis’s use of the abbreviation “St.” is intended to mean “Sgt.” in reference to a TTCC correction officer.

In his letter to Hininger, Davis states that in late January of this year, he spoke with TTCC Warden Rusty Washburn, who reportedly “assured [Davis] he will have the issue taken care of.”

The letter is stamped “Received MAR 20, 2018” by CoreCivic’s “Legal Dept.” and a second time on March 22, 2018 by “CCA FSC-Operations.” CoreCivic’s former name is “Corrections Corporation of America.”

Later documentation to Hininger dated April 2, 2018 indicates that Davis replaced the missing property, most of which was footwear, and is seeking financial restitution from CoreCivic.

A note to us included with the documentation is dated May 28, 2018 and indicates that no restitution has yet been made.  Alternatively, Davis said that in lieu of monetary compensation, he would accept “commissary every week.” 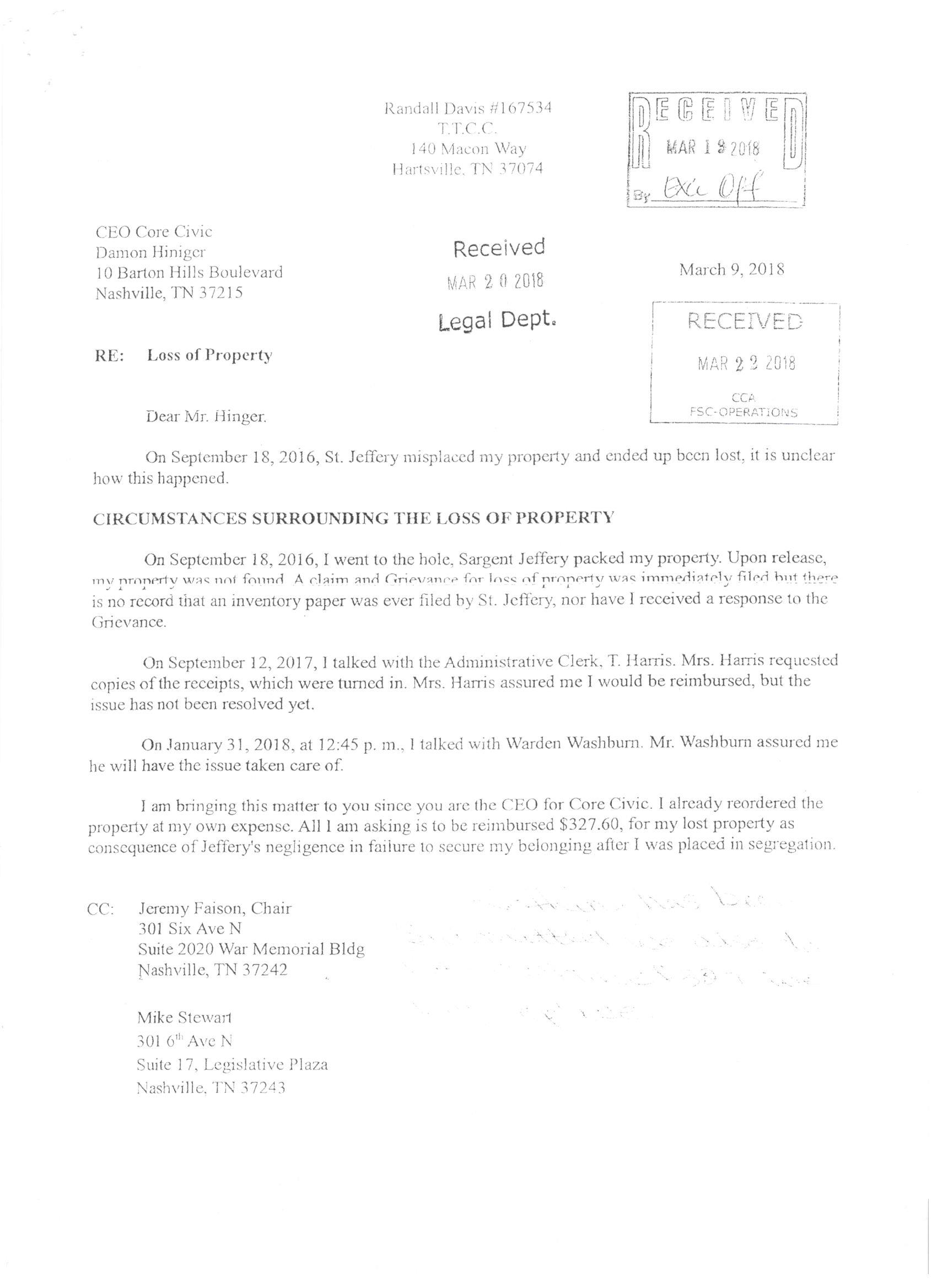 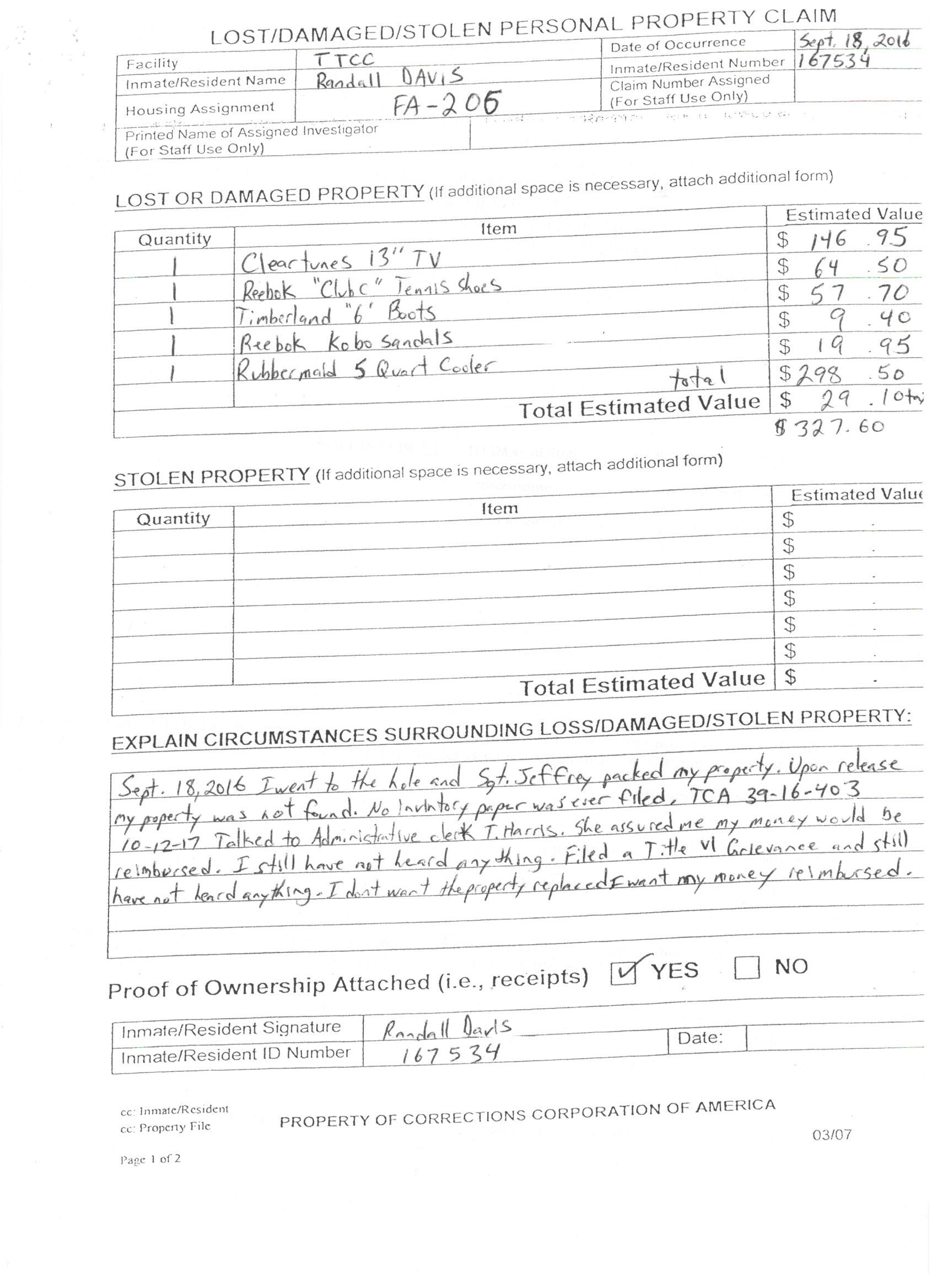 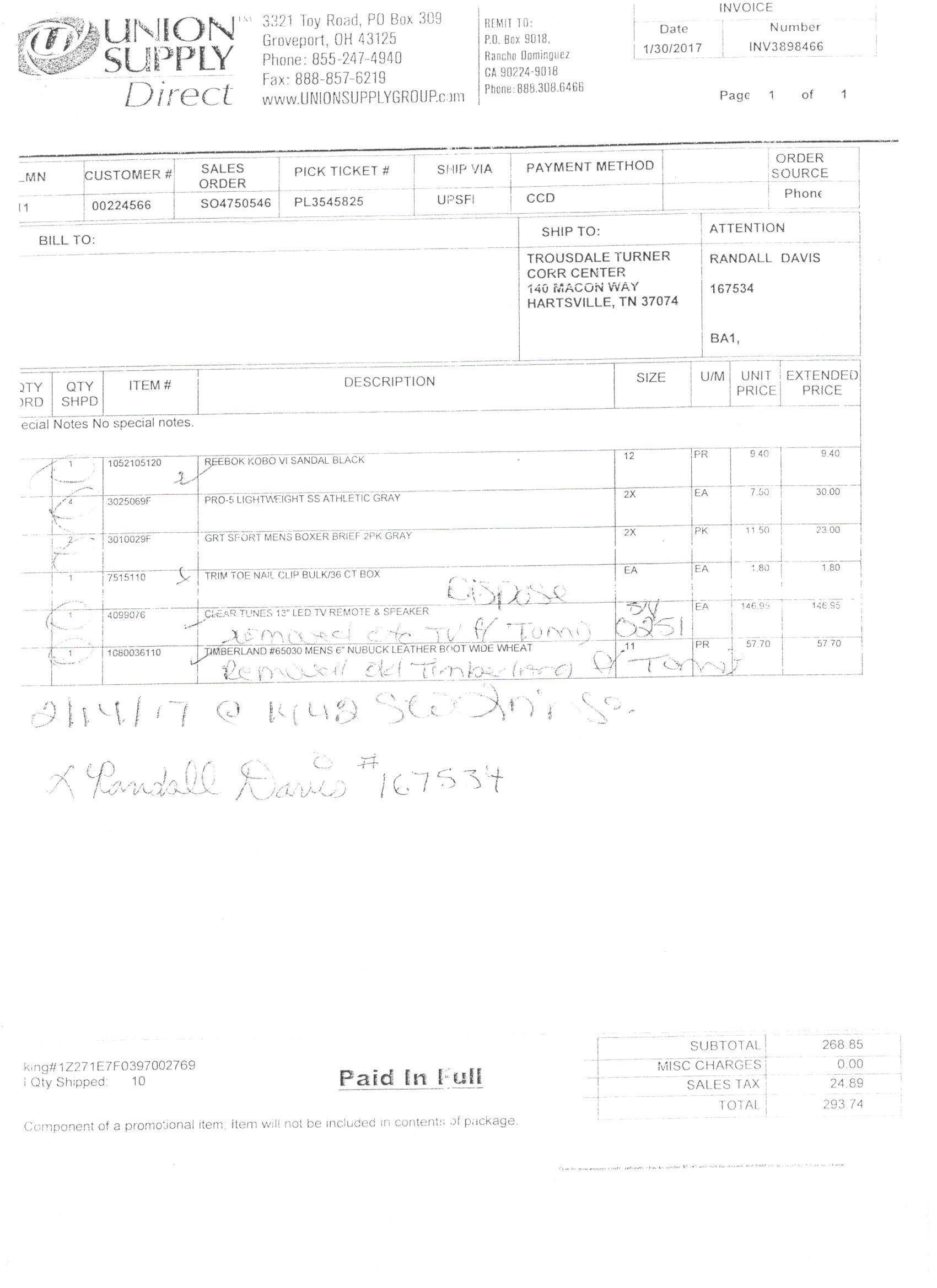 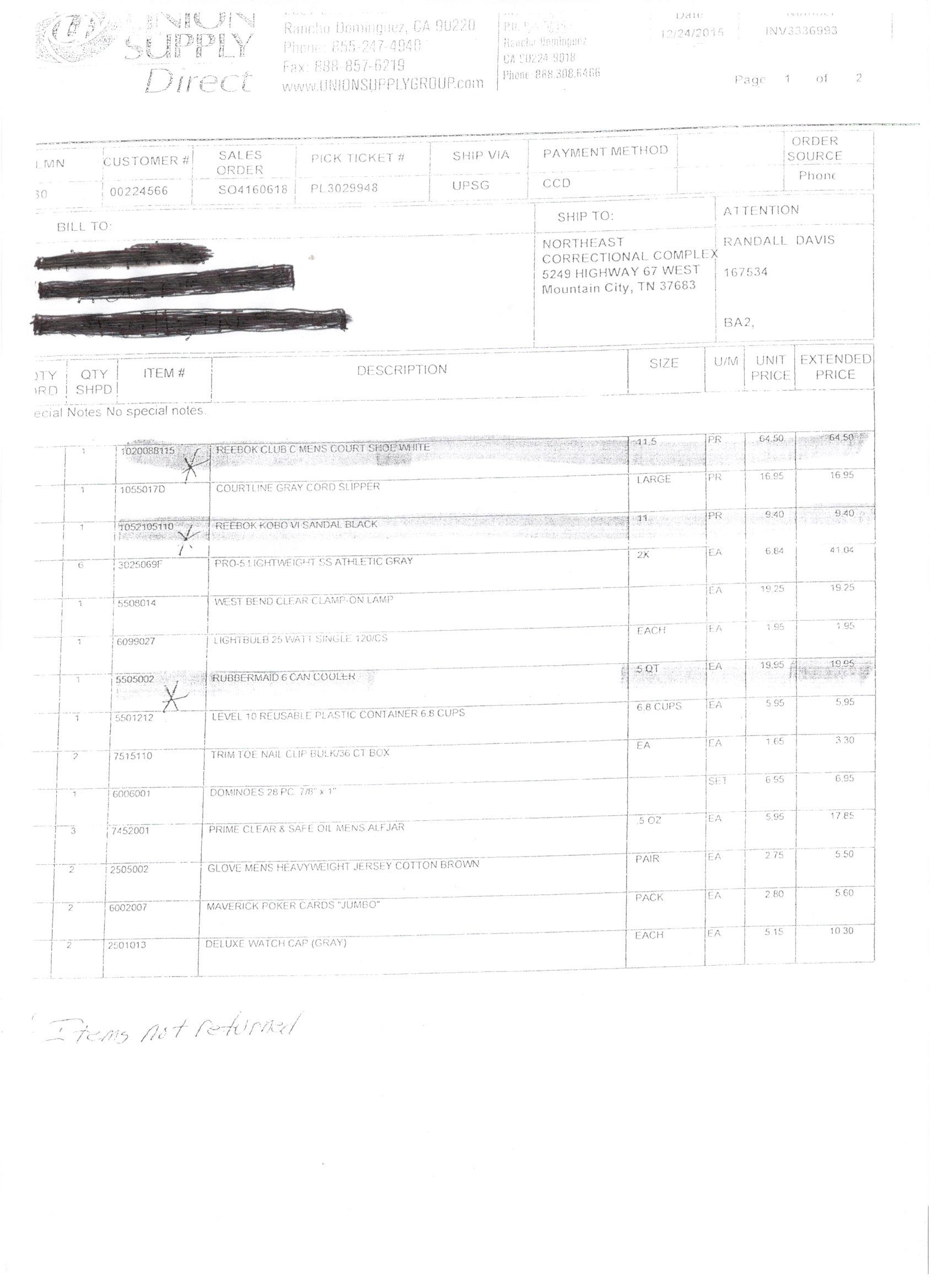 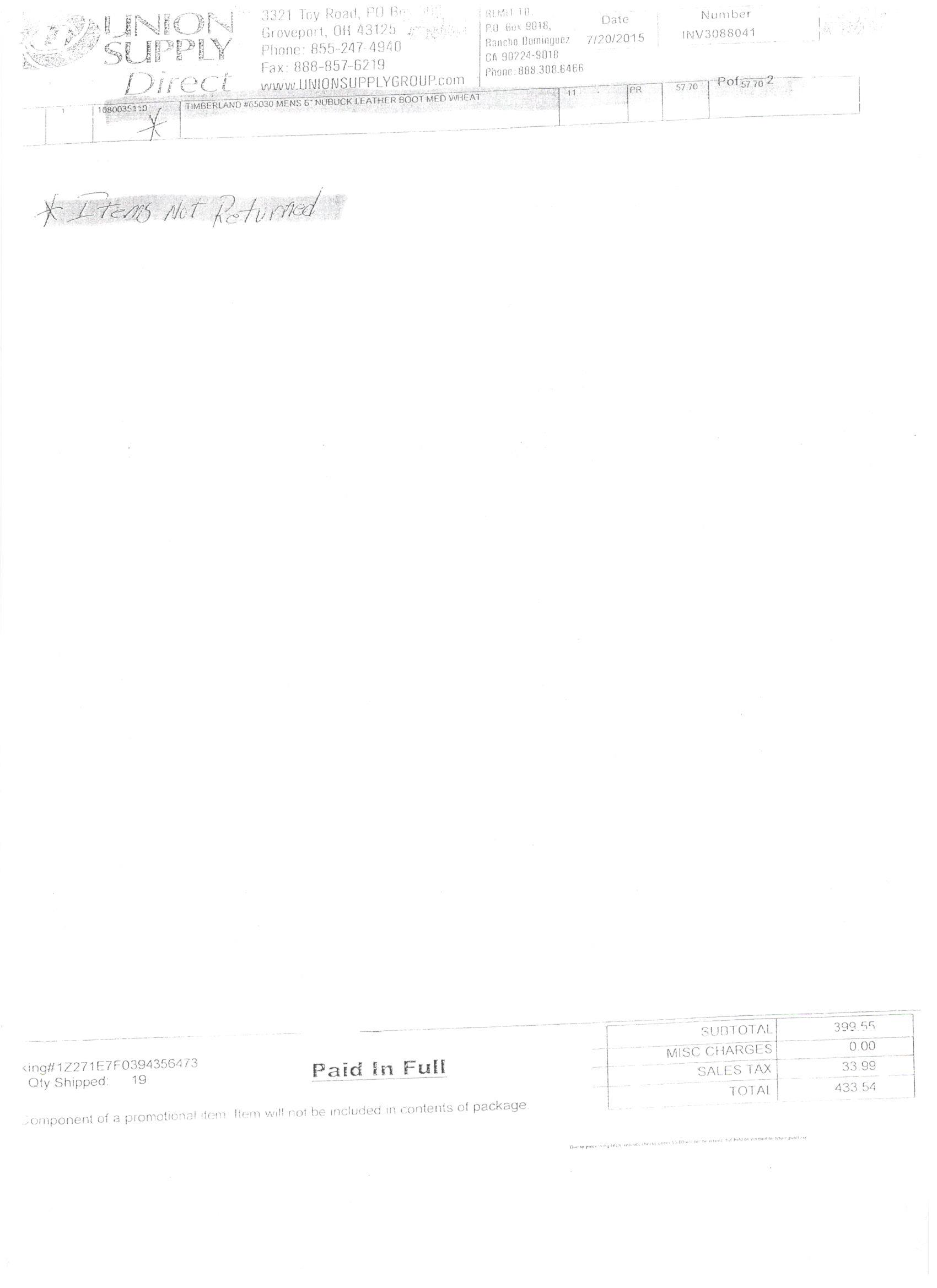 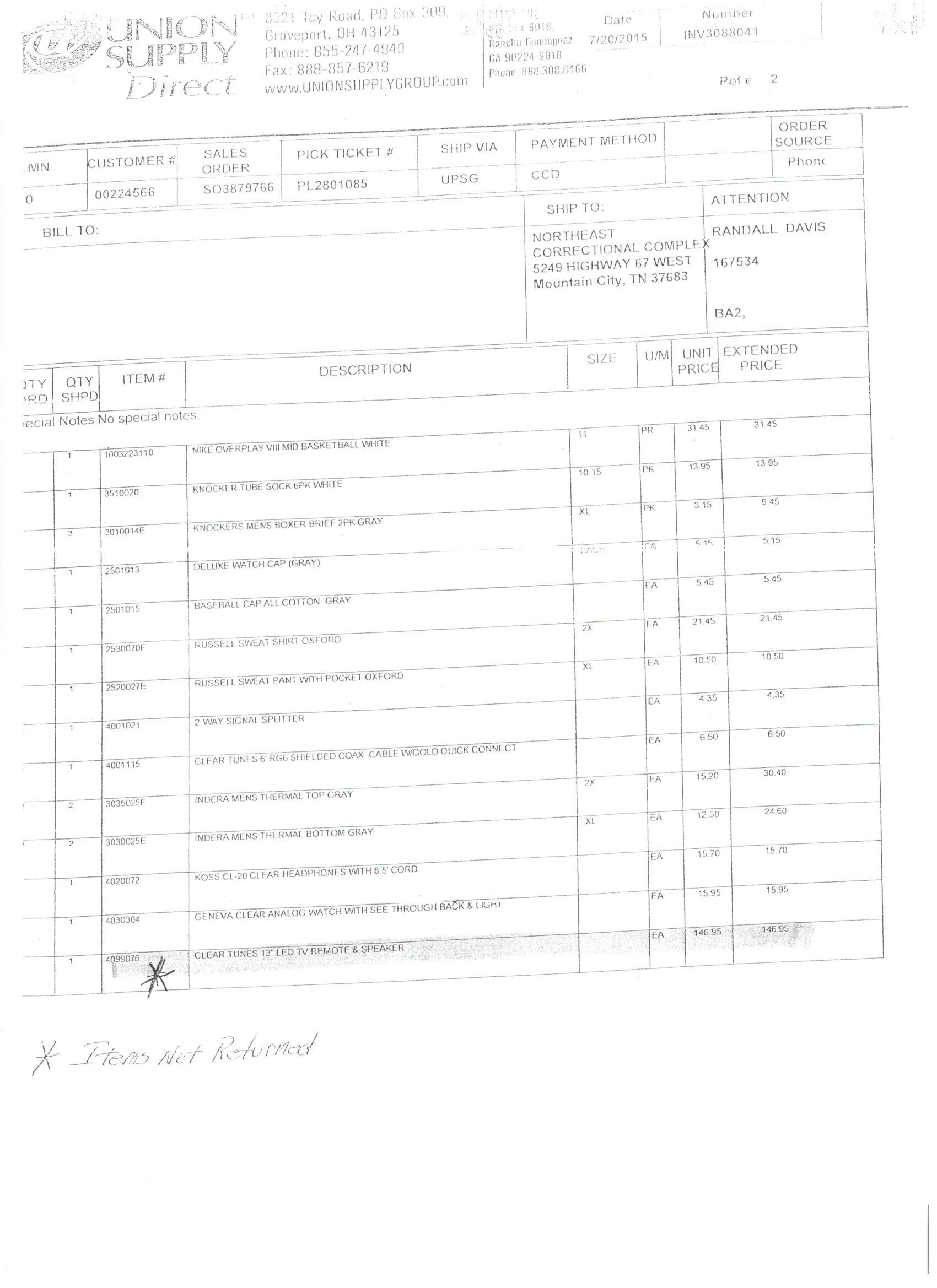 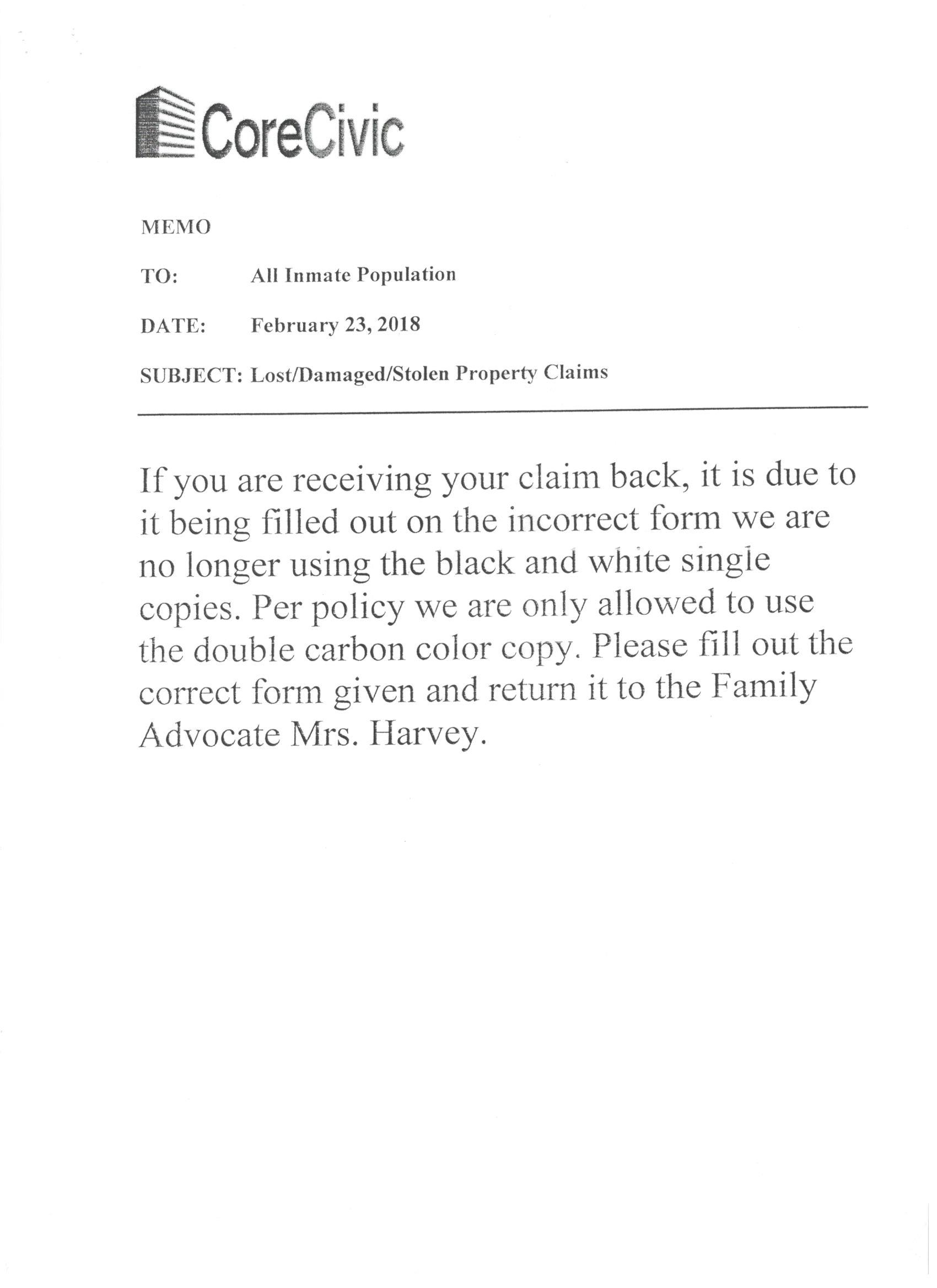 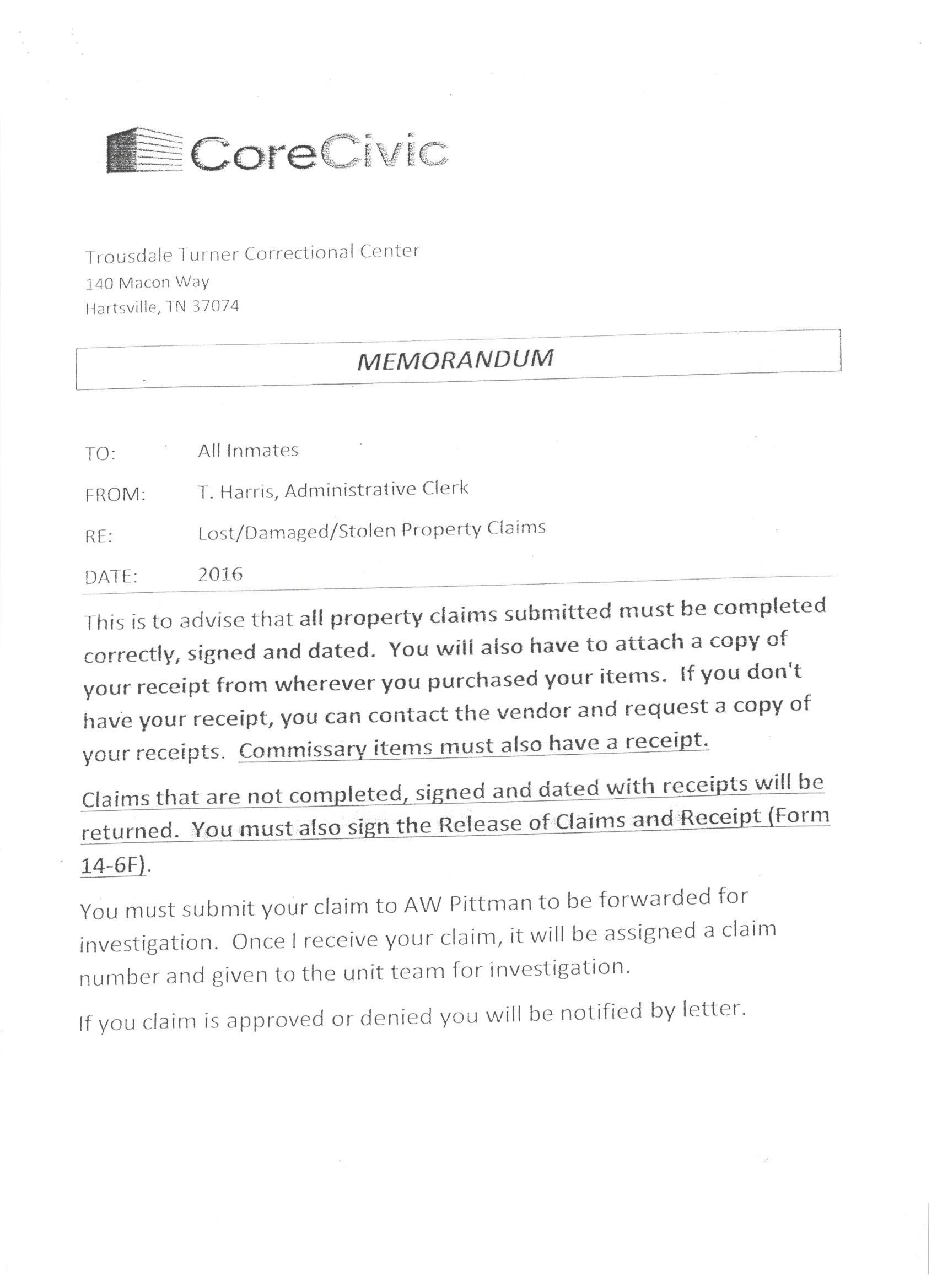 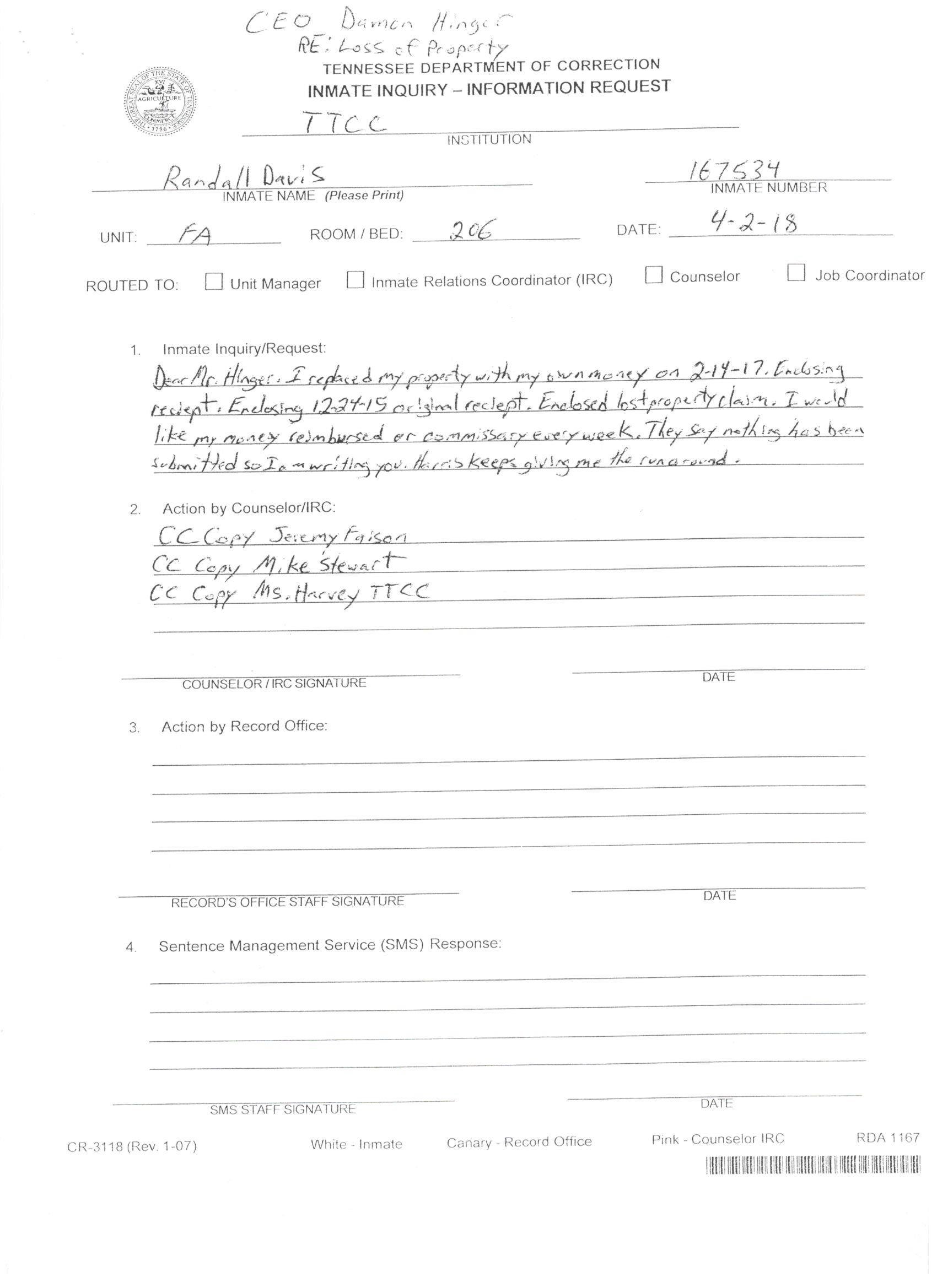 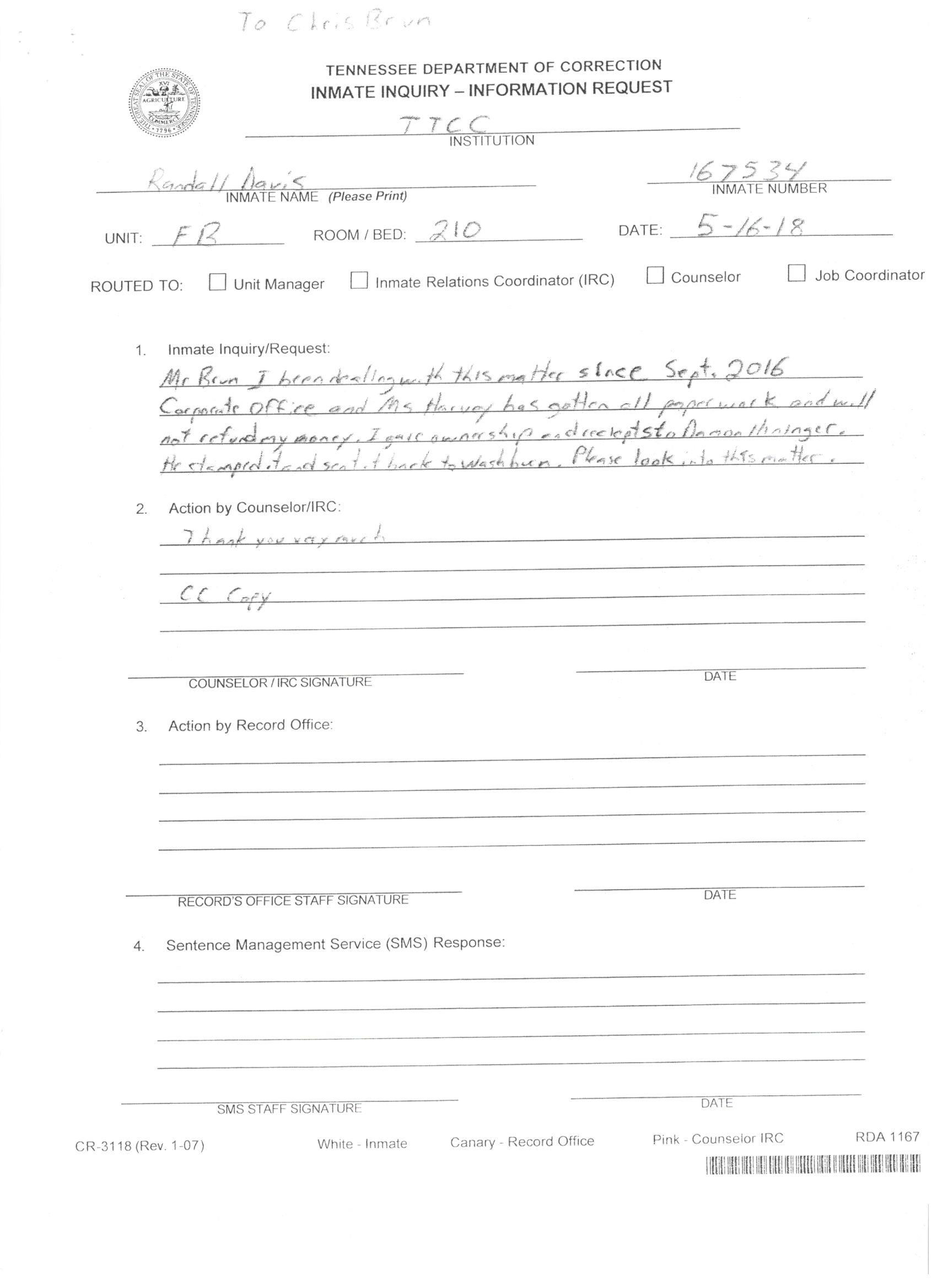 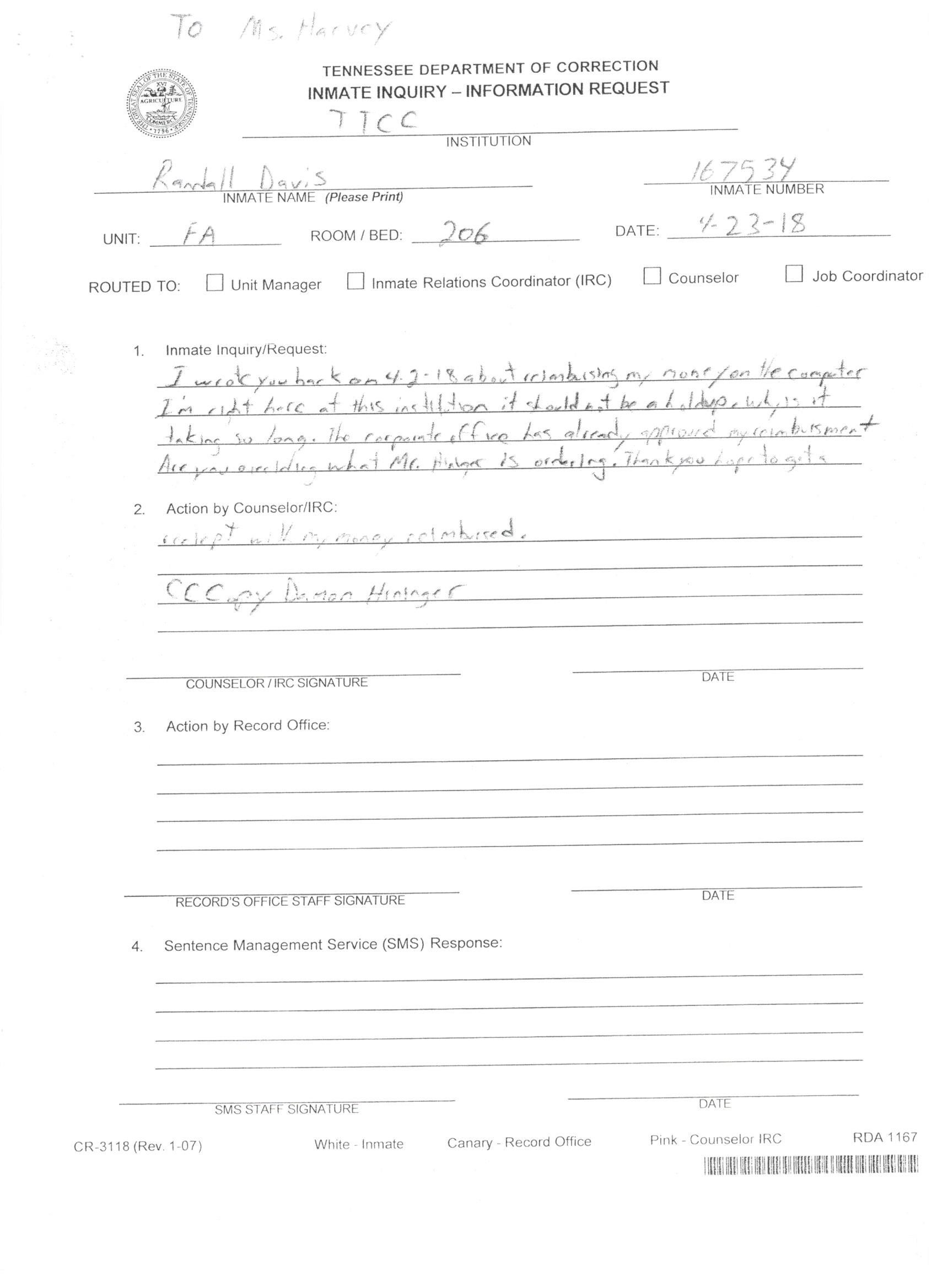 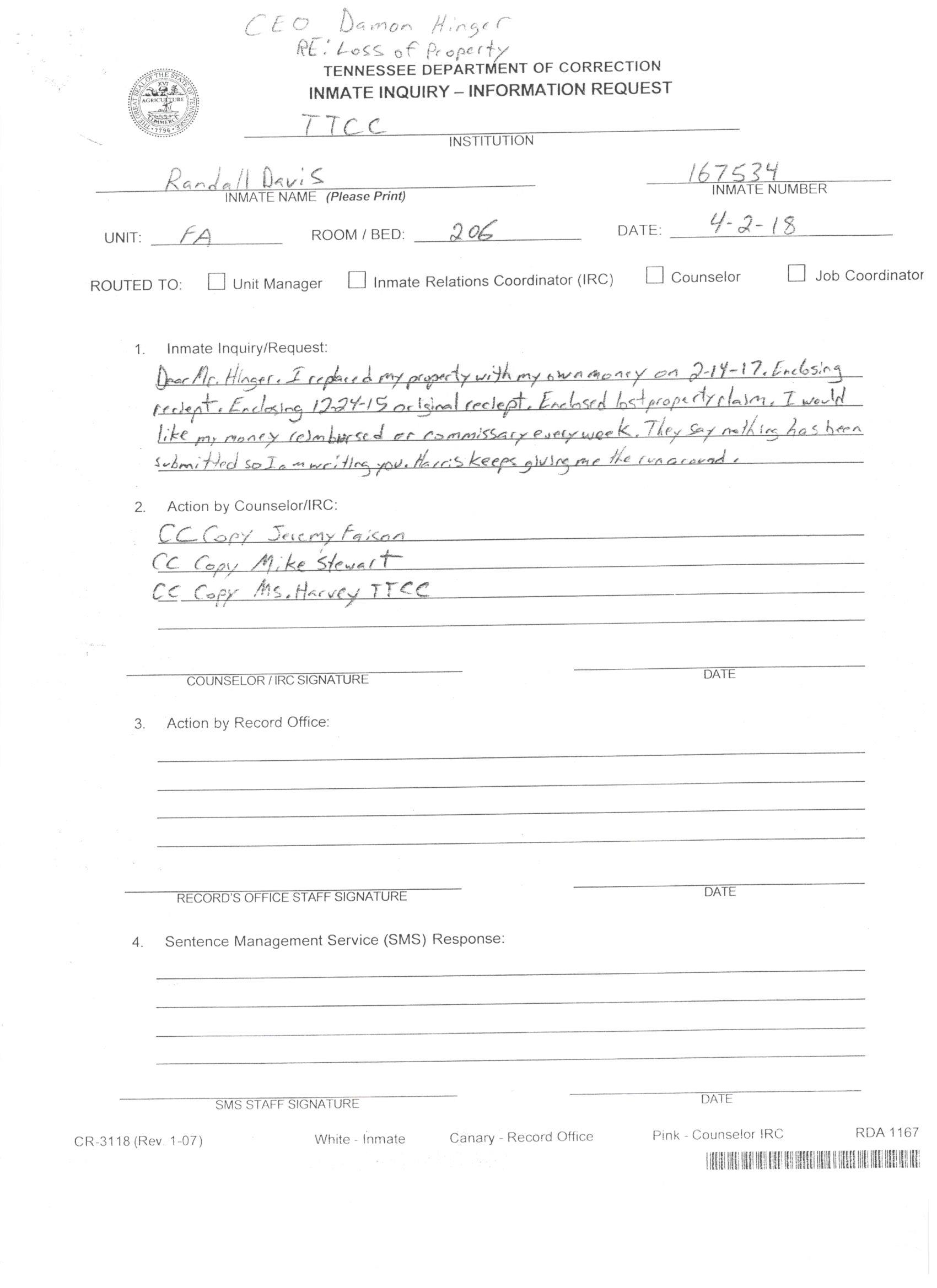 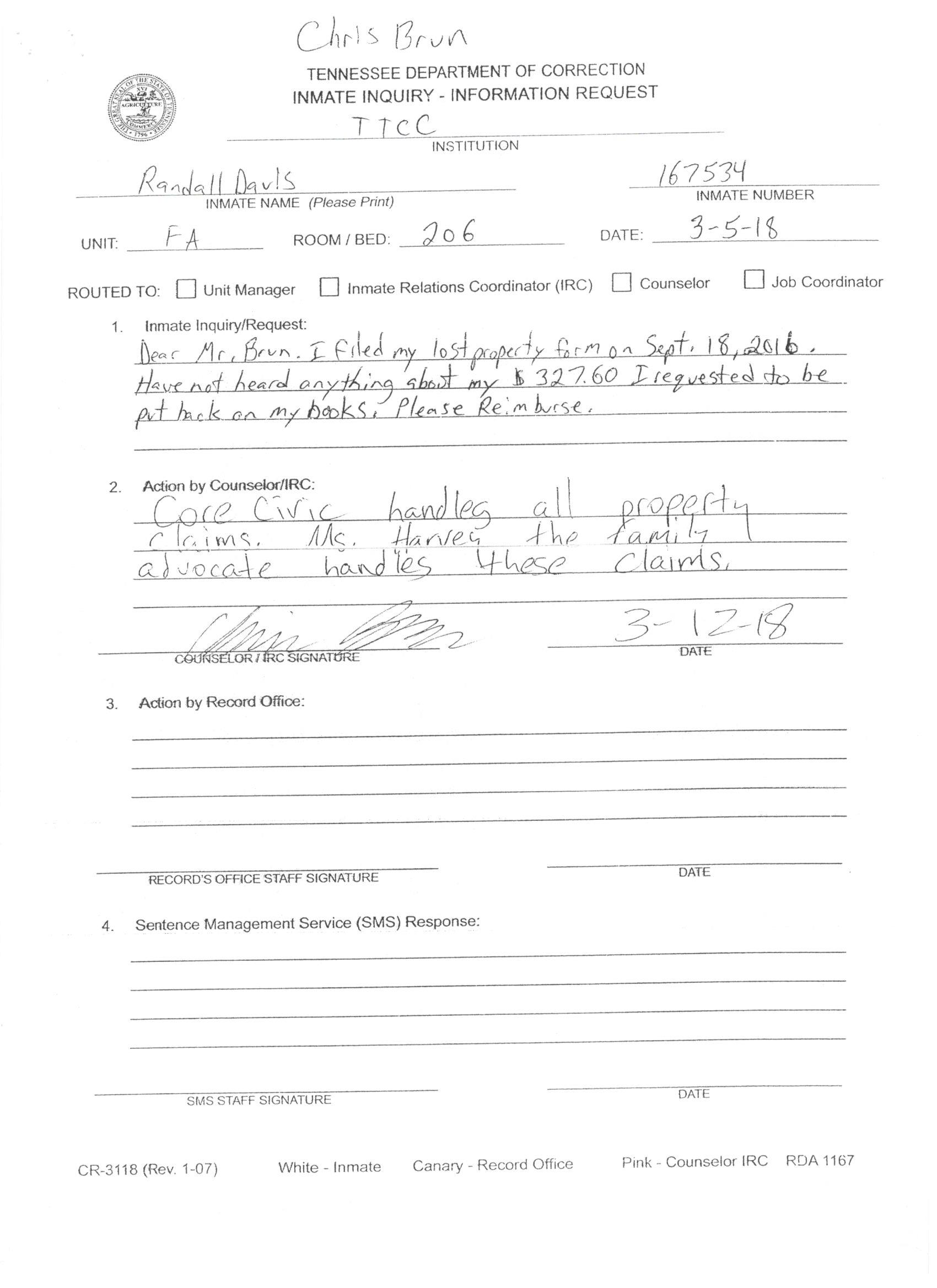 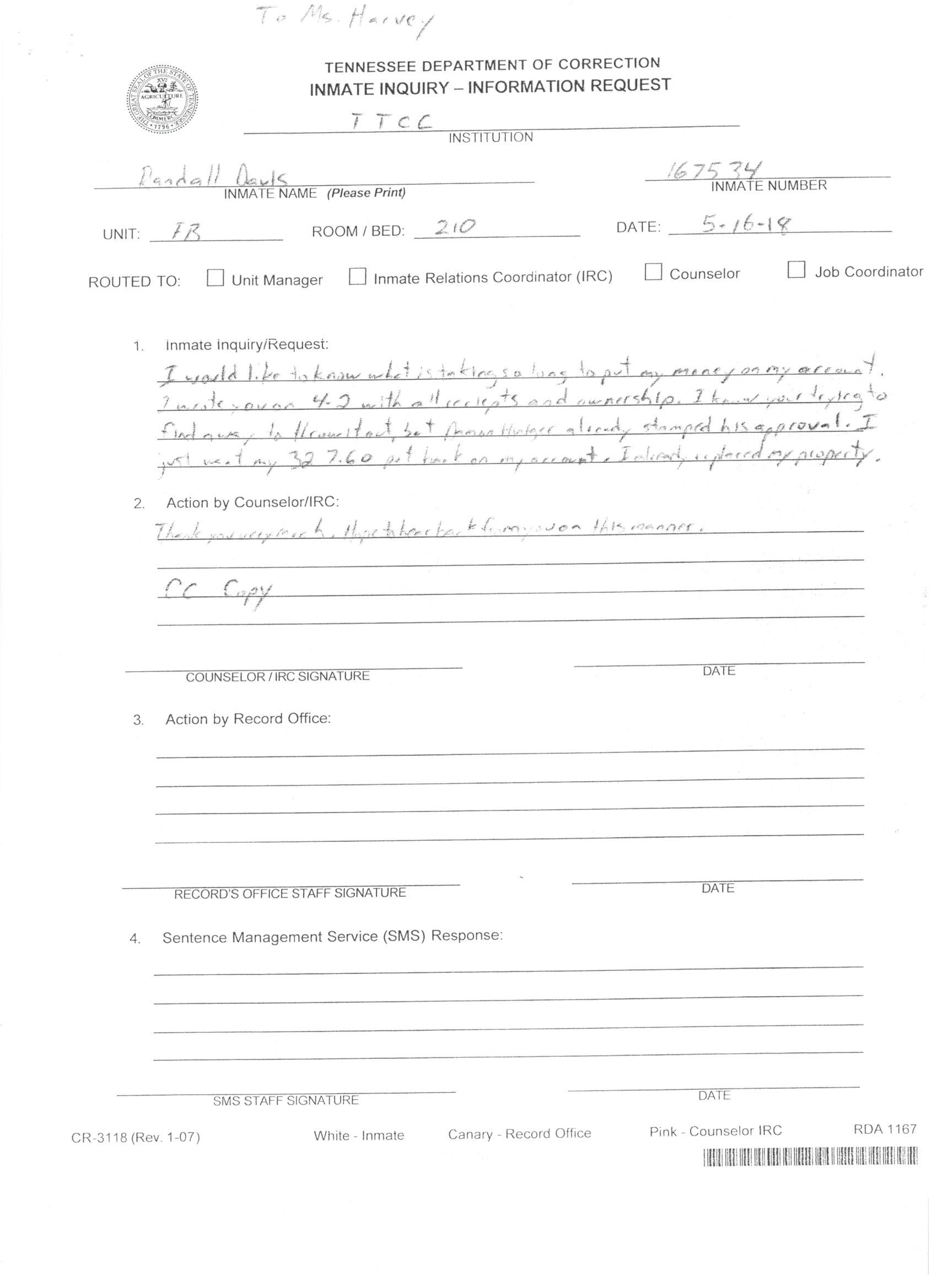 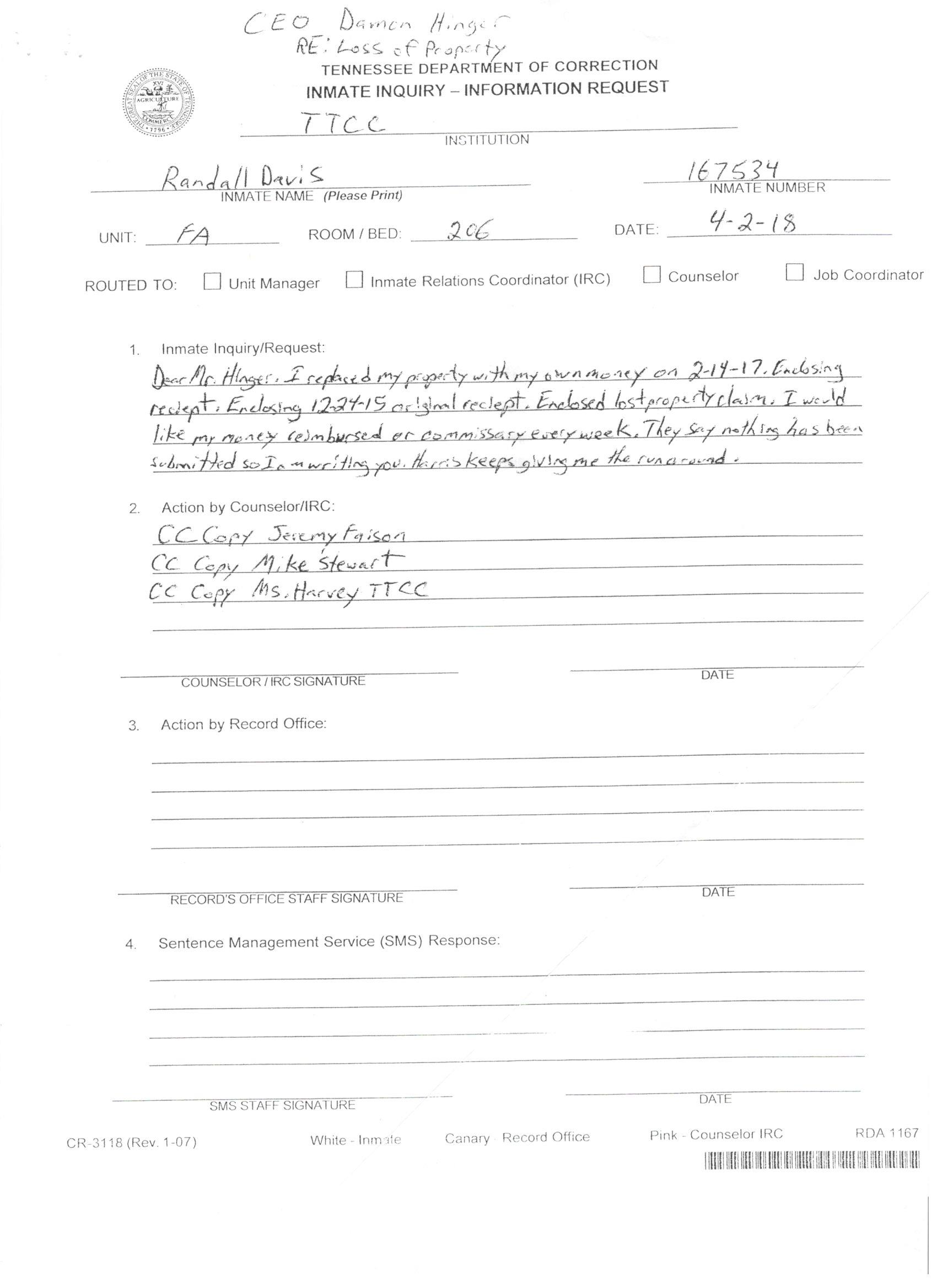