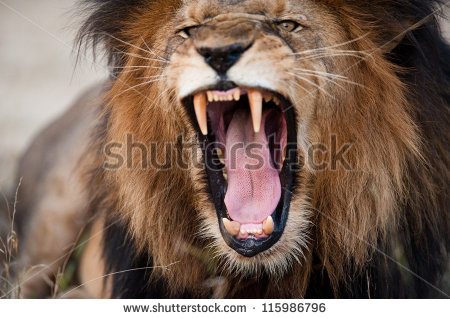 (Jun. 30, 2018) — When did American nationalism become a dirty word? Under Obama, of course! Obama’s leftist war against America is a war against American nationalism. America emerged from WWII as the most powerful economic nation on earth and invincible militarily. Enemies of the United States domestically and internationally would need a different strategy to defeat her.

Aesop’s 6th century fable “The Four Oxen and the Lion” offers that strategy.

“A lion used to prowl about a field in which four oxen used to dwell. Many a time he tried to attack them; but whenever he came near they turned their tails to one another, so that whichever way he approached them he was met by the horns of one of them. At last, however, they fell a-quarrelling among themselves, and each went off to pasture alone in a separate corner of the field. Then the Lion attacked them one by one and soon made an end of all four. United we stand, divided we fall.”

American nationalism is the common denominator that unifies America which is why the war against America specifically targets American nationalism. Obama’s leftist strategy is one of creating divisiveness within America because divided we fall. This is how it works.

The New World Order of one world government is deceitfully marketed by globalist elites as the universal system for social justice and income equality. The problem, of course, is that the “New” World Order is a return to the very old world feudal system of masters and slaves. There is nothing new about a binary socio-political system having the few elite rulers at the top of the social pyramid and the enslaved masses at the base. Obama’s leftist lemmings are useful idiots participating in their own destruction and do not realize they will end up as slaves in the new world order.

American nationalism is the bulwark against internationalism – united we stand; divided we fall. Nationalism transcends individual differences and strengthens America by providing the common denominator that binds us one to the other to protect and preserve the country. Like Aesop’s four oxen we stand together, united in common cause to fend off the globalist enemy.

Nationalism is defined by Merriam-Webster as “loyalty or devotion to a nation; especially a sense of national consciousness exalting one nation above all others and placing primary emphasis on promotion of its culture and interests as opposed to those of other nations or supranational groups.” Supranational means transcending national boundaries, authority, or interests. Globalism is supranational and Barack Obama is a globalist. 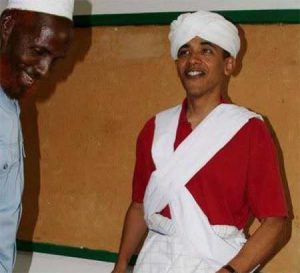 2. Family – the nuclear family has been under attack since the culture war began in the 60s. The stability of the family including its moral commitment to the Judeo-Christian 10 Commandments was shattered by Obama and replaced with a religious tribal loyalty to leftist liberalism. The “new” family lives by the leftist narrative of political correctness, moral relativism, and historical revisionism. They welcome diversity of color and sexual orientation but completely reject diversity of thought. The leftist demand for ideological conformity is tyrannical.

3. Education – the reeducation of America through anti-American, pro-Muslim globalist educational curricula, Internet censorship, manipulative TV advertising, program content, and the staggering bias of mainstream media editorial reporting all drive America toward collectivism and one world governance. The leftist narrative of political correctness, moral relativism, and historical revisionism is the foundation of UN-sponsored universal education being used to indoctrinate our children for global citizenship.

4. Military –  Obama’s administration weakened the US military and national defense with the same leftist narrative of political correctness, moral relativism, and historical revisionism. His pro-Muslim embrace of the Muslim Brotherhood deliberately disinformed the military about the ideological foundation for jihad and terrorism. He weakened military morale, under-financed and under-supplied the troops, and allowed foreign governments to control strategic Port Canaveral and the Port of Wilmington. The United States military has the singular goal of protecting the sovereignty of the country and its people. Obama’s goal continues to be the weakening of our national defense to make way for supranational globalism.

The meritocracy is the foundation of all four elements of our cultural identity and national pride. The meritocracy provides unparalleled upward mobility in America which incentivizes excellence in all fields. The meritocracy supports individualism, rejects collectivism, and evaluates actions based on the WHAT of behavior, not the WHO. Obama’s leftism abolished the blind justice of the meritocracy in favor of leftist tribalism that exclusively values the WHO of behavior. He politicized the FBI, DOJ, CIA, NSA, and State Department and seeded the courts with activist judges – all determined to weaken America and impose one world government.

Here is the problem. Collectivism, whether socialism, communism, or globalism, is predatory in nature. Collectivism never provides social justice or income equality for the people – collectivism, like feudalism, only benefits the ruling elite. The elitist leaders devour the natural resources of the country and exploit the people they rule. President Donald Trump has exposed the left’s globalist war on America and has made American nationalism great again. President Trump supports the oxen against the predatory lion.