“BETTER THEN WHAT WE HAD”

(Jun. 2, 2018) — After months of filing grievances about the lack of weekend recreation time for inmates in the Protective Custody (PC) unit at the Morgan County Correctional Complex (MCCX), inmate Grenda Ray Harmer, #88710, reported in a letter received Saturday that that policy has changed.

“Unit Manager Jeffery Seibert and Warden Mike Parrish now allow P.C. inmates to have outside recreation 7 days per week, including holidays and pod activities 7 days per week,” Harmer began his letter.   “On weekends we were locked down 24 hours per day and on holidays we never got outside recreation.  While its not ideal its better then what we had.  Unit Manager Seibert and Warden Parrish felt my proposal was valid,” [sic] he added, referring to grievances he filed with various parties on the subject, including Tennessee Gov. Bill Haslam.

Two of Harmer’s previous complaints about the situation appear below.  In the two-page Administrative Notice, his reference to “Warden Shawn Phillips” is to MCCX’s warden prior to Mike Parris’s arrival. 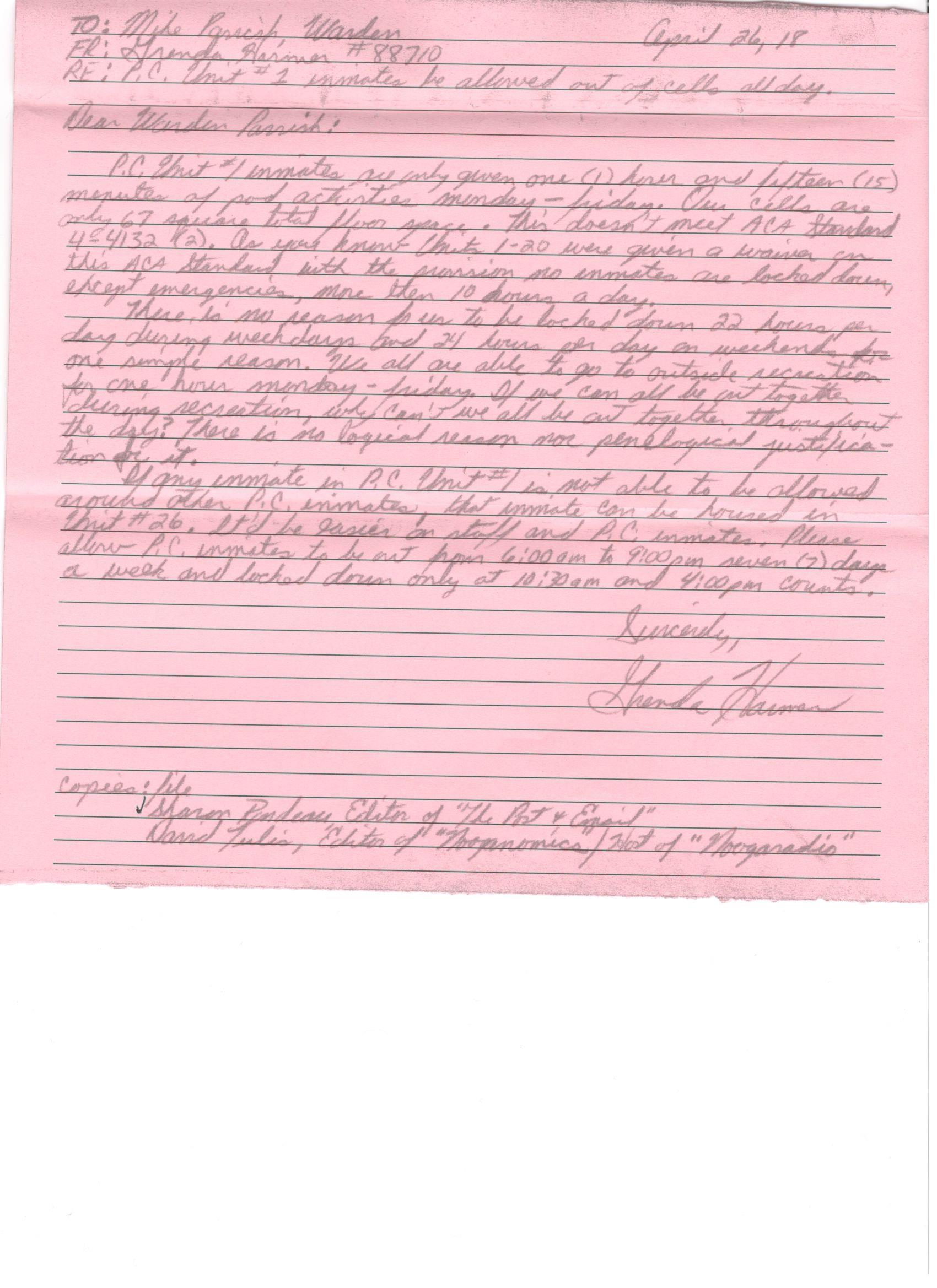 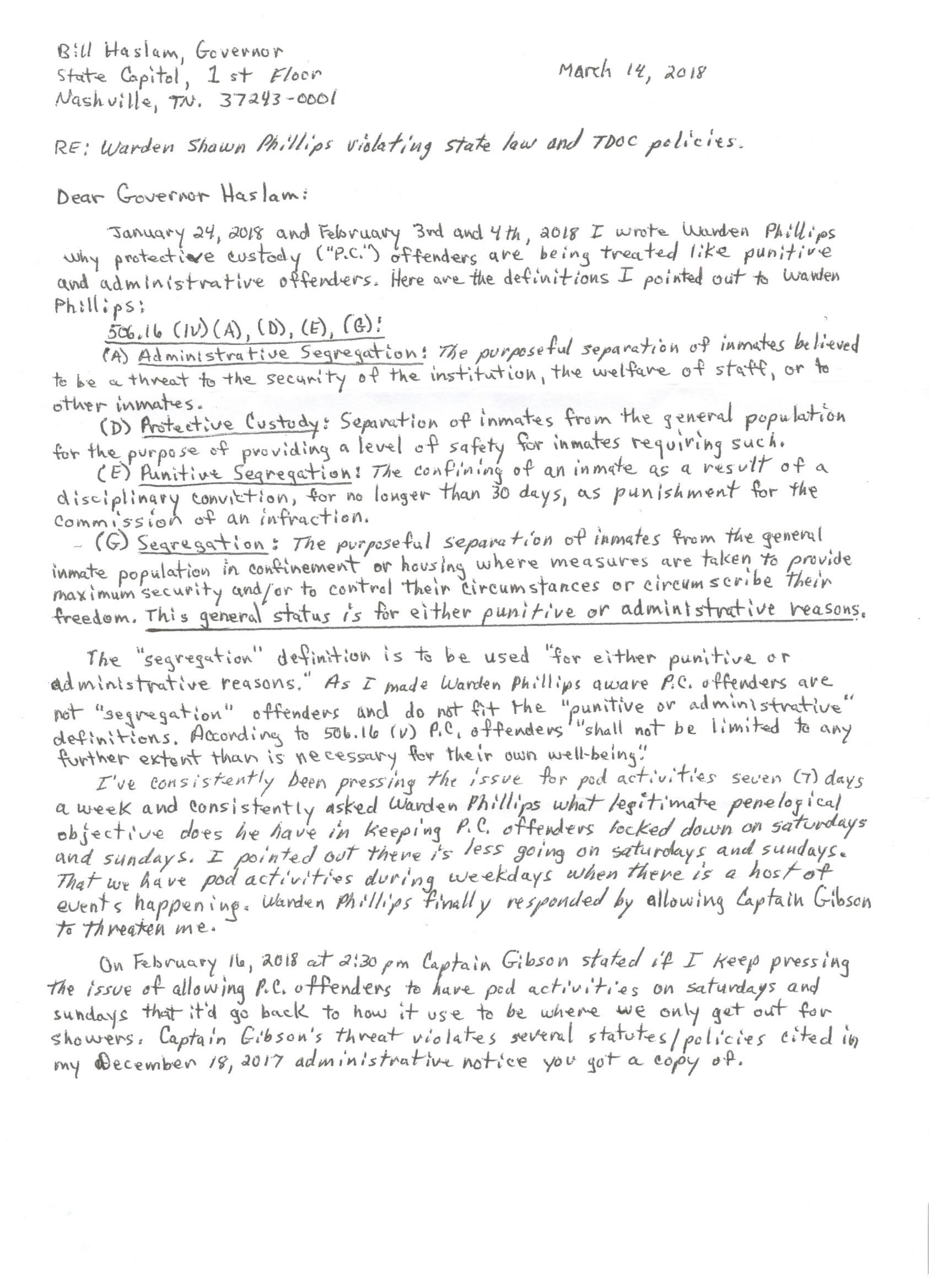 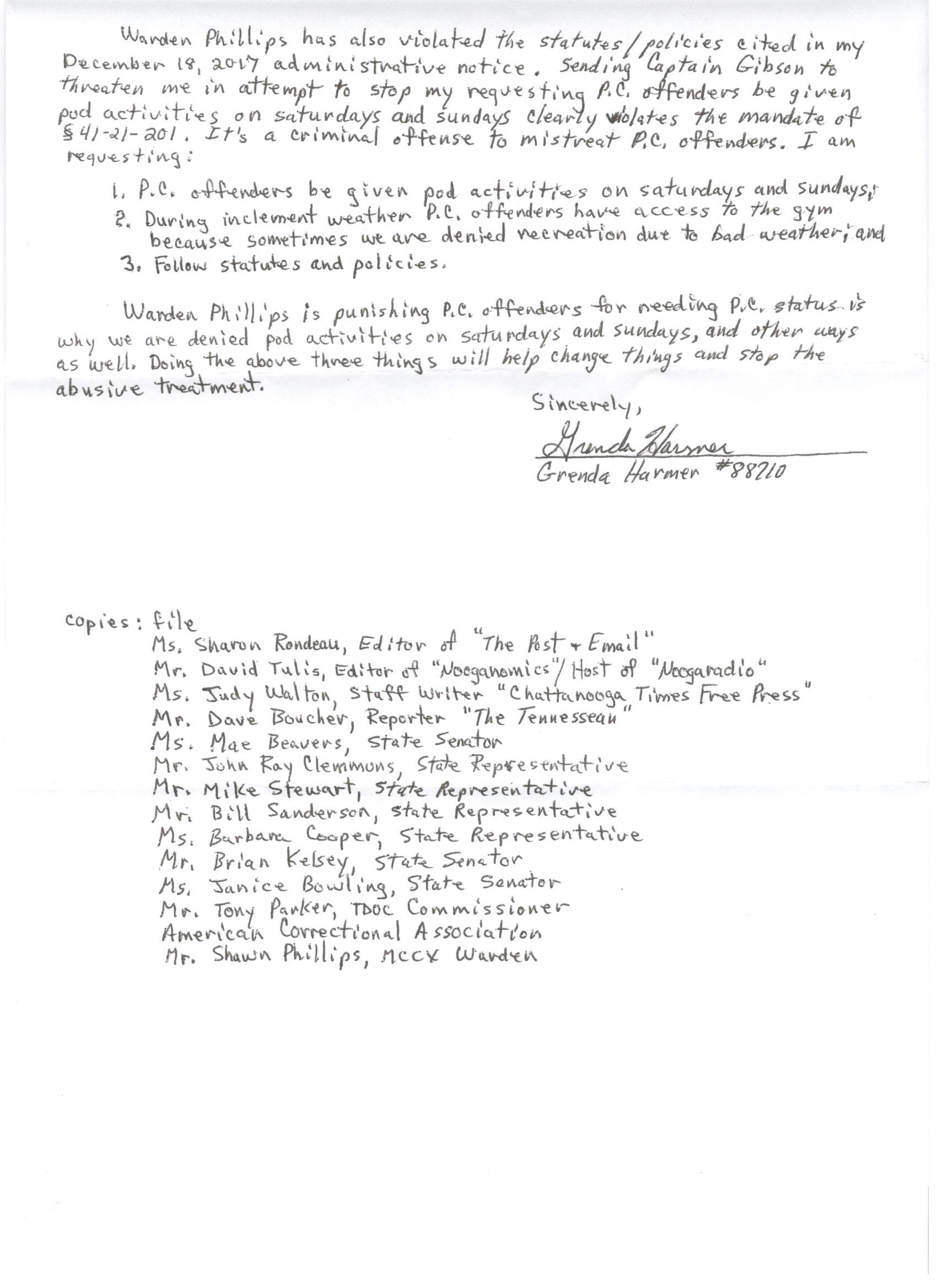