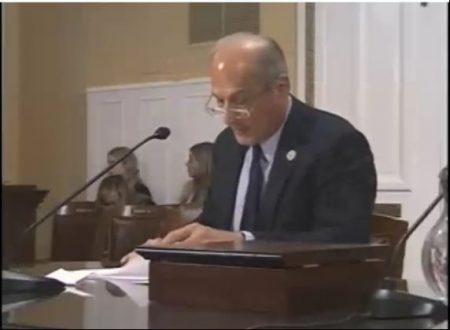 (May 17, 2018) — During his time to speak during a committee meeting of the U.S. House of Representatives on Wednesday regarding a five-year proposed “Farm Bill,” Rep. Tom Marino (R-PA10) introduced an amendment with the purpose of stopping the “soring” of competitive show horses.

A vote in the full House on the bill is expected on Friday.  Republicans are proposing that certain recipients of SNAP benefits, formerly known as “food stamps,” be required to work 20 hours a week or attend job training if they are physically capable.

Another point of contention is an immigration proposal within the bill aimed at reducing legal entrants to the U.S. by “at least 25%” and penalize jurisdictions, known as “sanctuary cities,” which do not adhere to federal immigration law.

The USDA’s statement on any proposed 2018 legislation can be read here.  The House Committee on Agriculture has issued a series of statements on the bill’s progression, while others have voiced their opposition to it.

During his remarks on “Amendment 90,” which has two co-sponsors, Marino said that “core problems that have allowed the cruel practice of soring” are ongoing despite the passage of the Horse Protection Act of 1970, which prohibits the showing, transport, auction or sale of a horse which has been “sored.”

“Soring” consists of the rubbing of caustic chemicals on a horse’s pasterns, then the attaching of “stack” shoes and chains.”  Marino said that in addition to those practices, the process employs “other gruesome techniques” in order to produce the “Big Lick,” a term used by activists such as the organization CCABLAC (Citizens Campaign Against Big Lick Animal Cruelty) to gain an advantage during shows.

While Marino mentioned Spotted Saddle and “racing horses” as objects of soring, Tennessee Walking Horses have been widely reported by former trainers and horse-protection activists as targets, particularly in the Southeastern United States.

Marino said that the USDA’s inspector general recommended additional enforcement of the HPA, citing a rule proposing a ban on “action devices” scheduled to be published in the federal register just before the change in administrations.  However, the rule was never published, and, according to CCABLAC, which attends numerous horse shows, says that the “Big Lick” gait is still coveted at certain events.

CCABLAC founder Clant Seay has reported over the last year that a number of once-public horse shows have been relocated to private property or no longer take place purportedly from increasing public awareness of the pain the horses allegedly experience from soring.

The HPA allows for USDA inspectors to examine every horse before it competes, but the budget allowed by Congress for such inspectors, known as “Designated Qualified Persons” (DQP) is insufficient.

While “National Celebration” CEO Mike Inman has said that all of the horses competing in the annual summer event in Shelbyville, TN are carefully inspected at each stage of the competition, the rider/trainer of the 2017 grand champion began serving an eight-month suspension for violations of the HPA the day after the horse he rode, Gen’s Black Maverick, received the award.  Moreover, Gen’s Black Maverick was adjudicated by the USDA as having been sored in 2012 and 2016.

In the latter year, Gen’s Black Maverick was disqualified from competing in the National Celebration due to alleged soring as demonstrated by USDA documentation obtained by Seay.

Seay has reported that attendance at the National Celebration has decreased markedly in recent years, as it has at other shows where horses perform “the Big Lick.”

Update, 1:25 PM EDT:  Based on a tip, The Post & Email contacted the spokesperson for the House Agriculture Committee, Rachel Millard, who informed us that Amendment 90 “was not made in order – it will not receive consideration by the House.”

When we asked, “Does that mean that he introduced it at the wrong time?” Millard responded, “No the rules committee determines what the House will vote on and it wasn’t included in that list.”

Seay’s response to the Amendment’s failure to pass was, “The Amendment to Farm Bill did not make it. The opposition in DC is connected and effective. On the other hand, they have NO ANSWER to “WE, The People” – CCABLAC peacefully protesting and calling for the public to BOYCOTT the “Big Lick” Animal Cruelty.

This article is cross-posted at Medium.com through AF.