Well, Johnny, What Did You Learn At School Today? 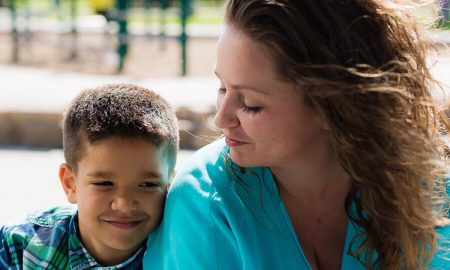 (May 12, 2018) — “By educating the young generation along the right lines, the People’s State will have to see to it that a generation of mankind is formed which will be adequate to this supreme combat that will decide the destinies of the world.”  Adolf Hitler

It’s 3 o’clock in the afternoon when little Johnny comes barging through the front door after school, throws his backpack into a corner and heads for the refrigerator.  He yanks open the refrigerator door and pulls out a carton of milk.  He gets a glass from the cupboard and fills the glass full from the milk carton.  He gulps down the milk and heads for his bedroom where his play station awaits his anxious fingers.  But before he can leave the kitchen, his mom says, “Wait a minute, Johnny, I want to hear how your day at school went.”  Johnny says, “Oh, Mom!” and returns to the kitchen.

Mom says, “Tell me what happened at school today. What did you learn?”  It was only the second day of Johnny’s third-grade school year and Johnny’s mom wanted to discretely check out what her son was learning at school, if anything.  She’d heard stories from other moms and read articles on how the curriculum at school wasn’t what it used to be where the focus was on reading, writing and arithmetic.

So she asked Johnny, “What were your different classes today?” Johnny replied with, “Well, we had social studies, the benefits of multi-culturalism, the positive effects of massive immigration from poor countries, how humans are killing the planet with carbon dioxide emissions, collectivism is the only true way for people to interact and individualism is selfish, the stereotypical myths about marriage, sex and transgender people, the merging of nations into world government, how political correctness can be used in society in order not to offend people, and some more stuff I can’t remember.

Johnny’s mom opened her mouth in disbelief and said somewhat excitedly, “Didn’t you do any reading, or have any math problems, or practice penmanship and writing in cursive?”  Johnny replied casually, “No, I think that is next year’s stuff, Mom.”

Johnny’s mom decided to probe further.  “So Johnny, what did you learn about humans causing excessive carbon dioxide emissions?” Johnny couldn’t quite contain his irritation with the question and said, “Mom, it’s only the second day of school.  The teacher only told us that scientists have confirmed that human carbon dioxide emissions are causing the planet to heat up and if we don’t stop it, we’re all going to die.”

Johnny’s mom was aghast that the teacher would use fear to scare the kids.  She had done a little reading on weather and climate change and concluded that the science was not settled yet on human-caused global warming.  Why didn’t the teacher bring out both sides of the issue instead of focusing on only one side?  Why, indeed!

Now she was really curious and asked Johnny, “So what did you learn about marriage, sex and transgender people?”   She could tell that Johnny was shy and reluctant about even responding to the question and he squirmed in his chair before he opened his mouth to speak.  “Mom, do we really have to talk about this now?  Can’t we do it later, maybe when Dad comes home?“

Not satisfied with Johnny’s deflection of the question, sensing there was something deeper in his thinking, she pressed further and said, “What did the teacher say about marriage?”  Johnny blurted out with, “Well, Mom, the teacher said anyone can get married.  Marriage doesn’t have to be limited to just a man and woman and then she said anyone can have sex, too.“

Johnny’s mom was a practicing Christian and she just couldn’t believe that public school children would be subjected to this kind of extremely sensitive information that younger-age children could not even fathom, much less process in their undeveloped minds.  It could only be construed as social indoctrination as practiced by dictators and communist countries, but hardly in a free society.

Johnny’s mom was beginning to get really disturbed by these revelations coming out of the mouth of her seven-year-old son.  She asked Johnny, “What does ‘multi-culturalism’ mean?”

Johnny looked at his mom with a blank stare on his face and said, “Multi-culturalism is where different kinds of people with different backgrounds, religions and cultures can live together in peace and harmony.”  Johnny seemed to be quoting something from memory that he had seen written on a piece of paper.

She said to Johnny, “Do you believe what you were told about multi-culturalism?”  Johnny, getting even more uncomfortable with these questions, said, “I don’t know, Mom, can’t I go play with my play station now?“

“No, not yet, Johnny, I have one more question.  Do you know why the teacher told you that individualism was being selfish?  Do you know what ‘collectivism’ really means?”

Johnny looked at his mom, obviously peeved at her asking these questions and said, “I have no idea, Mom.  Can I go now?“

“Yes, Johnny, you can go, but when your father comes home, we are going to have a family discussion about what you are learning in school.  And tomorrow I am going to go have a long talk with the school superintendent.“

Johnny rushed out of the kitchen and headed upstairs to his room where something he could understand awaited him and didn’t ask him questions.

Johnny’s mom was very eager to find out more of what her son was learning in school and why the curriculum was not focused more on what she thought he was supposed to be learning.  A sense of foreboding came over her.  What if she has no clout or capability to change the current school curriculum away from blatant government indoctrination?  She decided to look very seriously into home schooling.

The foregoing story was an overt dramatization of what is happening in public schools today.  Yes, it is an exaggeration, but only to prove a point.  Purposely subtle government and special-interest brainwashing and indoctrination are happening at ever-earlier ages.  There have been many overtures, mostly by liberals, to expand public education into preschool where socialist and environmental indoctrination can be set in stone at ages from one to five years old.  Government, along with socialist and environmental special-interest groups, is fully aware of the power of our “Little Black Box” theory and are hell-bent on filling up the “Little Black Box” in every American child with government propaganda when they are just barely out of the womb.

From our “Little Black Box” article:

“The ‘Little Black Box’ theory explains many facets of normal and abnormal behavior in the vast majority of humans. It explains radical Islam. It explains a Hitler, a Stalin, a Putin, a Mao, a Mussolini, a Saddam Hussein, a Gaddafi and a Bashar Al-Asad (current brutal dictator of Syria) and it even explains an Obama or a Trump. But it also explains why we are Democrats, Republicans, Baptists, Catholics, Protestants, Muslims, Mormons, communists, socialists, Marxists and a whole host of other belief systems. We are who we are because we have been “shaped” that way by genetics and by our immediate environmental influences. Unfortunately, none of this content is as a result of our own personal choices.”

“One could ask, how long will it be before a future American government forms Hitler-type youth camps to fill up young children’s ‘Little Black Boxes’, for diabolical (or political) purposes ….. to create little spies to rat on government dissenters and to control the minds and behavior of an entire country? Could it come in the form of government-operated pre-schools, like have been proposed by Progressives? If you don’t believe that this is happening, read Beverly Eakman’s article entitled “Obama’s Early Learning Challenge and our Failed Education System” HERE, then decide!”

Or, are we there already?

Why would government want to collect data on the emotional, psychological, behavioral and academic achievements of every school child in America, as they are purportedly doing under the “Family Educational Rights and Privacy Act (FERPA)?

Ever since the introduction of the 1960’s “New Math” (when my son was about 6 or 7 years old – he’s now 54) the creation of the U.S. Department of Education, Common Core State Standards and the No Child Left Behind Act, the federal government has systematically, through the process of creeping evolution, taken control of public and college education in America.  Rather than putting a priority on learning the information necessary for a young adult to function successfully in a changing technological world, they taint every subject with social and environmental hogwash.

Here are some excerpts from Common Core State Standards on math instruction from our previous article on the subject.

“Promoting and supporting equitable practices for students is a complex process and is best supported when your collaborative team examines several factors.  The National Council of Supervisors of Mathematics’ (2008) position statement on equity recommends that mathematics educators:”

This so-called mathematics-teaching document finished with:

“Recognizing and responding to these important facets of equity will promote the rich conversations needed in your collaborative team to promote high-quality instruction and equitable classrooms.“

What has “equity” have to do with teaching mathematics?  Ludicrous!

Are you getting the picture?

Educated idiots (psychologists, sociologists, and academic educationalists) in government and academia have taken tried and proven teaching methods and turned them into blatant social, environmental, collectivist, multi-cultural and one-world-order indoctrination.   Only over-educated, arrogant, narcissistic, socialist birdbrains could make a simple process of learning into something unnecessarily and laboriously complex.

Today, every new teacher who enters the classroom and several generations of current teachers have received teaching degrees from mostly liberal colleges and are fully indoctrinated with un-American ideologies and socialist biases that influence the subject matter in every one of their classrooms.   There are some exceptions, of course, but the majority of teachers are Progressives ….. by design.

The die is cast.  The government brainwashing education train is speeding faster and faster down the track and the goal is preordained, a nation of pre-programmed, compliant, socialist state robots that dance to the government’s drummer.  Hitler would be proud!

It’s America’s kids they are brainwashing.  What are Americans going to do about it?  From our perspective, probably nothing!

What would you do?

Ron Ewart, a nationally known author and speaker on freedom and property rights issues and author of this weekly column, “In Defense of Rural America.”  Ron is the president of the National Association of Rural Landowners (NARLO) (www.narlo.org), a non-profit corporation headquartered in Washington State, acting as an advocate and consultant for urban and rural landowners.  Affiliated NARLO websites are “SAVE THE USA” (http://www.stusa.us/).   Ron can be reached for comment HERE.

One Response to "Well, Johnny, What Did You Learn At School Today?"