“STILL PAINFUL TO HEAR AFTER ALL THESE YEARS” 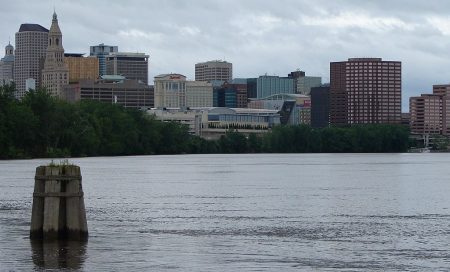 After beginning as WTIC in 1984 and undergoing a series of mergers and spinoffs, Fox 61 is now owned by Tribune Broadcasting.  Its 10:00 news hour is strictly local and national news, weather and sports and contains no segment for on-air commentary or guest pundits of any stripe.

At approximately 10:15 p.m. EDT, co-anchor Katie Corrado was conveying the news reported by various outlets over the weekend alleging that in an upcoming memoir, U.S. Sen. John McCain (R-AZ) wrote that he regretted choosing then-Alaska Gov. Sarah Palin as his running mate for the 2008 presidential election.

An article posted at Fox 61 via “CNN Wire” dated May 6, 2018 is titled, “McCain regrets not choosing Lieberman for VP; Trump not expected to be invited to funeral.”

In his book, scheduled to be available on May 22, McCain allegedly wrote that he wishes he had chosen then-U.S. Sen. Joseph Lieberman (I-CT) to be his vice-presidential nominee, a position Lieberman occupied alongside Democrat Al Gore in the hotly-contested 2000 election in which George W. Bush was deemed the winner of the Electoral College by a slim 537-vote margin from the state of Florida.

To aid in telling the story, Corrado’s engineer played a clip of Palin stating during the 2008 campaign that “You can actually see Russia from land here in Alaska.”

According to Slate and Condé Nast Traveler, Palin’s statement was accurate.

Following the clip, Corrado blurted out, “Still so difficult to hear after all these years” or something very similar. This reporter did not have a recorder running at the time, and a video of the newscast does not appear to have been uploaded to the internet.

At approximately 7:35 AM on Monday, this writer contacted Fox 61 at 860-527-6161 and spoke with Jennifer in the newsroom, identifying herself as a member of the media. We related our criticism of Corrado having unnecessarily editorialized about Palin’s comment.

Jennifer responded that she would relay our “concern” to “one of the producers.” When we asked for the producer’s name, she stated that “It depends on who I go to.”

We her Jennifer that we intended to publish an article on the incident.