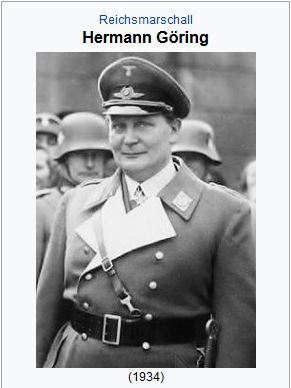 (May 5, 2018) — Third Reich Forest Minister Hermann Goering was an avid hiker and ecologist who once sent a man to a concentration camp for cutting up a frog for fish bait. In 1933 he and other Nazi Party leaders enacted anti-vivisection laws to stop what he called “unbearable torture and suffering in animal experiments.”

Intensely hostile to capitalism, the Nazis controlled all industries and envisioned large-scale wind turbine projects that would generate “huge amounts of cheap energy” and create millions of German jobs.

But as Luftwaffe commander, Goering planned and directed the 1939 terror bombing of Warsaw and the final obliteration of the city’s Jewish ghetto. Thousands were slaughtered, and survivors were sent to the Treblinka concentration camp, under “the final solution” that he helped mastermind – to send millions of Jews, Slavs, Gypsies, “mentally deficient burdens” and other “sub-humans” to ovens and mass graves.

About the most charitable thing one can say about Nazi ethics is that they were perversely conflicted and schizophrenic. People clearly occupied a lower niche than animals on their “moral and ethical” hierarchy.

Sadly, the same observations apply to the more rabid elements of modern environmentalism. Ironically, in the name of “keeping fossil fuels in the ground” to “save the planet” from “dangerous manmade climate change” and other imagined calamities, radical greens also demand actions that would ultimately destroy the very habitats and wildlife they claim to love. Their own words underscore their attitudes.

“If we don’t overthrow capitalism, we don’t have a chance of saving the world ecologically.” (Earth First! activist Judy Bari) “Loggers losing their jobs because of spotted owl legislation is no different than people being out of work after the furnaces of Dachau shut down.” (Friends of the Earth founder David Brower)

People have become “a cancer … a plague upon ourselves and upon the Earth. Until such time as Homo sapiens should decide to rejoin nature, some of us can only hope for the right virus to come along.” (National Park Service scientist David Graber) “In the event that I am reincarnated, I would like to return as a deadly virus, to contribute something to solving overpopulation.” (Prince Philip of England) 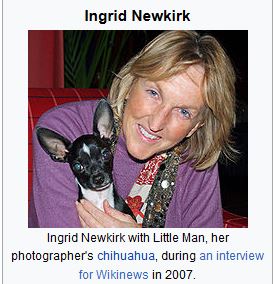 “Even if animal research produced a cure for AIDS, we’d be against it.” (People for the Ethical Treatment of Animals president Ingrid Newkirk) “Six million people died in concentration camps, but six billion broiler chickens will die this year in slaughterhouses.” (Newkirk again)

Banning DDT in Sri Lanka might well unleash a malaria epidemic, but “so what? People are the cause of all the problems. We have too many of them. We need to get rid of some of them, and this is as good a way as any.” Besides, in the United States, DDT substitutes “only kill farm workers, and most of them are Mexicans and Negroes.” (Environmental Defense Fund scientist Charles Wurster)

“Giving society cheap, abundant energy would be the equivalent of giving an idiot child a machine gun.” (Paul Ehrlich, who in 1968 predicted mass starvation and a collapse of civilization by the 1980s)

“It’s much cheaper for everybody in Africa to have electricity where they need it,” from little solar panels “on their huts.” (Actor Ed Begley, Jr.) People in developing countries “simply cannot expect to have the material lifestyle of the average American.” (Friends of the Earth president Brent Blackwelder)

It’s awful enough that they were born into these places and conditions and must endure corrupt, kleptocratic dictators. It is intolerable that their hopes and dreams are also stymied by unelected, unaccountable eco-imperialist activists and bureaucrats, who prance, preen and profess their commitment to “marginalized” people – but care about them only if they are “threatened” by capitalism or climate change. Not surprisingly, they brazenly ignore their own callous roles in this injustice.

The world’s dark-skinned people remain at the bottom of the environmentalist ethical hierarchy – with millions dying every year from preventable diseases of poverty, perpetuated by callous environmentalists. Developed country loggers, miners, factory workers, ranchers, pensioners and poor minorities are not much higher up; farmers also get short shrift, unless they grow corn, soybeans or canola for biofuels.

The battle over fossil fuels has recently entered other dangerous territory, as “protesters” launch campaigns reminiscent of radicals putting spikes in trees so that sawmill blades would explode and injure workers – while comrades bombed GMO and animal testing labs, meat-packing plants and even houses.

Their targets now are oil and natural gas transport systems – as a prelude to more rampant destruction – as Putin aides and cronies assist and finance other groups that are trying to block US energy production.

A new cadre of Earth Liberation Front anarchists has taken to closing the valves on pipelines – sabotage that could result in pipeline ruptures, oil spills, explosions, injuries and deaths. In one case, the “valve turners” called the Keystone pipeline operations center just minutes before closing the valve, causing the valve wheel and ground below the saboteurs’ feet to shake. They could have caused a disaster.

If caught, arrested and prosecuted, these extremists invoke the “necessity defense” – asserting that they were compelled to break the law in order to prevent a greater harm: manmade climate cataclysms.

The eco-terror groups have issued a “Decisive Ecological Warfare” manifesto, urging like-minded criminal elements to commit sabotage against pipelines, transmission lines, oil tankers and refineries. As in the past, the militants want “more moderate” environmental groups to support the “necessity” defense, acts of sabotage, and the use of eco-terrorism to “disrupt and dismantle industrial civilization” and “remove the ability of the powerful to exploit the marginalized and destroy the planet.” 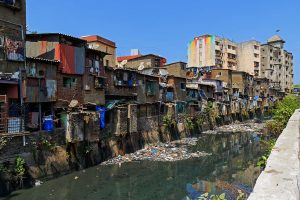 They want more “mainstream” pressure groups to promote the notion that sabotage is acceptable and normal where Earth’s future is at stake. Environmentalists have already persuaded Western institutions not to support pesticide use, fossil fuel power plant construction and other modern technologies in poor, disease-ridden, energy-deprived countries – so maybe this lunacy is no longer so farfetched.

Several states have passed “critical infrastructure protection” bills, assessing criminal penalties on terrorists and organizations that conspire to trespass on or damage essential infrastructure sites. The bills also hold parties responsible for any resultant damages to property or persons; they should also penalize foundations and other financiers of eco-terror. All 50 states and Congress should enact similar bills.

The asserted justifications that drive perverse, conflicted environmentalist ethics are based on ideologies, assertions and computer models that label humans, capitalism and modern technologies as existential threats to our planet. They have given rise to a $1.5-trillion-per-year Climate Industrial Complex that is determined to expand its revenues and control people’s lives, livelihoods and living standards – while redistributing wealth mostly to those who would be in power and those who would keep them in power, while sending just enough to the world’s poorest families to improve their lives slightly at the margins.

Ironically, in the process, eco-activists will inflict far more damage on environmental values than do the technologies they despise. Their “solutions” to alleged ecological “problems” will turn billions of acres into wind and solar farms, biofuel plantations, hydroelectric projects, and mines for materials needed for wind turbines, solar panels, batteries and other “clean, green, renewable” energy alternatives.

The twentieth century revealed how thin the veneer of humanity, civilization and ethics can be, when propaganda, fear-mongering, hatred and emotions take over. We need to muster enough science, intellectual rigor and freedom of speech to prevent more deaths in the name of “environmental justice.”