DURING TESTIMONY ON SOCIAL-MEDIA CENSORSHIP 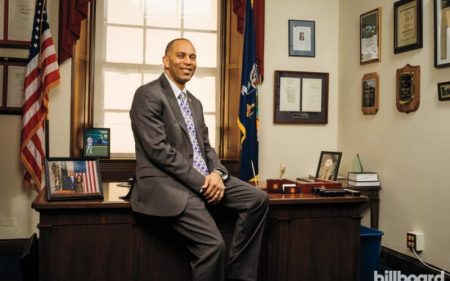 (Apr. 26, 2018) — During testimony to the House Judiciary Committee just after noon on Thursday about alleged censorship of “conservatives” by social-media giants, video-bloggers “Diamond & Silk” raised their voices in a heated exchange with Rep. Hakeem Jeffries, who suggested that either they or the Donald Trump campaign were “lying” regarding an expense of approximately $1,200 the campaign reportedly listed on an FEC report.

Jeffries asked “Diamond” if she were aware that testimony given today was “under oath” and that consequences could arise if it were found to be false, to which both responded, “Yes.”  In response to Jeffries’ question about compensation from the campaign, the sisters affirmed, as they had earlier, that they were “unpaid” for appearances they made on behalf of Trump during the 2016 campaign.

As of 12:16 EDT, the session is live here:  https://judiciary.house.gov/hearing/full-committee-hearing-filtering-practices-of-social-media-platforms/

Jeffries led up to the suggestion that someone had been dishonest by asking Diamond & Silk if they were familiar with the “FEC” to which political campaigns must submit periodic reports, to which they responded in the affirmative.

Reading from an alleged report, Jeffries said that the Trump campaign had claimed an expense for “political consulting” to “Diamond & Silk” on one of its reports, of which both women appeared to be aware.

“Diamond” then became very animated, raising her voice to Jeffries and asking for a chance to explain the expense.  Jeffries mocked her by saying that the claim was made by “the president you love so much.”

“Silk” then took over the response by stating that the “field consulting” label was incorrect and that the expense had been a reimbursement for airplane tickets the two paid for to appear at a Trump campaign event.

During cross-talk between Jeffries and the sisters, the chairman’s designee informed Jeffries that his time had expired.