“THESE ARE STILL HUMAN BEINGS” 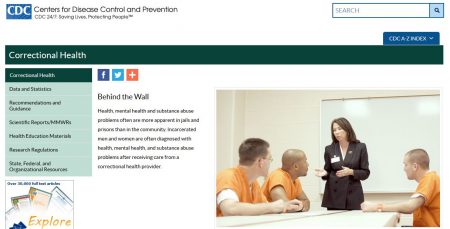 Mrs. Haycraft’s husband, Michael Wayne Haycraft, has been incarcerated several times in the Tennessee state system (TDOC) and has just been relocated to a new prison after having been denied parole on April 10.  The treatment he reportedly received en route to his new location will be detailed in another article in the very near future.]

As a long time listener to your show, I was deeply saddened by something you said yesterday pertaining to those who are incarcerated.  This was something said in passing and probably not anything you even remember, but I did.  You and the young man with you laughed about the infamous misunderstanding of ‘3 hots and a cot’ and I am paraphrasing.

This casual disregard for a segment of our population was a display of the typical uninformed American about our current corrections population.  I would like to provide some facts as to the reality of who is incarcerated and why.

The link below gives an overview of the mentally ill population that was incarcerated in 2006.  The rate of incarceration continues to grow in America.

Let us look at the nature of crimes:

Now let us see what happens to a great number of mentally ill in our nation:

Further, let us see the treatment of the mentally ill while incarcerated:

If you actually take the time to read the information presented in these links, perhaps it will give you a greater understanding of the corrections industry.  It makes for an easy narrative to marginalize a segment of our population that often labeled ‘bad’ people.  The behavior is unacceptable according to societal standards, but these are still human beings.  To label another as ‘bad’ often gives another the illusion of being ‘good’; these illusions produce bigotry, prejudice and have historically given rise to rationalization for the hatred and abuse of other humans as evidenced by Nazi Germany, mistreatment of African Americans and the hiding of the mentally challenged in basements and closets.  This attitude very much exists in correctional facilities in our nation today and inmates are very much abused by officers and staff who feel justified in this abuse.

The factors that lead someone to become incarcerated vary from person to person with overlapping factors with common denominators such as child abuse and poverty.

The research is there for anyone who takes the time to become informed on America’s incarceration crisis.

This situation is not just scholarly or theoretical for me.  I have worked as a corrections officer and have seen the attitude of others in dealing with their fellow man.  Inmates were routinely subjected to verbal abuse with the constant attitude that they were ‘less than’.  Few officers took the time to listen to the stories of these inmates for fear of seeing them as they are, human.  I was told by one officer that recidivism was ‘job security’ for her.  Another officer who recertified me in CPR made the statement, “I know they’re just inmates, but remember you’re on camera; make it look like you are trying.”  Officers who treated those incarcerated as people, which they are, were labeled ‘inmate lovers’ by other officers.

The Stanford Prison Experiment brilliantly and painful explains how easily power can be abused and the effects of such:

As a mental health counselor I have seen how poverty, the incarceration of a parent and traumatic interaction with police effects children and families.  More than once I was told of local police drug raids where children under the age of 10 were held at gun point.  These children will grow up with oppositional defiant disorder which will set them up for failure.  The effects of an incarcerated parent further sets these children up for future dysfunction.

I have also worked with those who have paid their ‘debt to society’ and yet are left with today’s scarlet letter, the label of ‘felon’, which decreases a chance of success post incarceration.  We all want second chances, but seem very unwilling to extend them to others.

Another viewpoint of mine is that of wife to someone who is mentally ill and incarcerated.  No one can thoroughly understand this situation until they have experienced it, but through my experience I try to provide education to those willing to listen and learn.  I have also discovered the numbers of those willing to learn are few.

To learn more about our family’s story, I invite you to go to Haycraft Ministries on YouTube.  This channel was not created with the hope of popularity or money; incarceration isn’t a popular subject except to politicians and an uninformed public.  The channel is a sharing of my personal pain during this journey in the hope of helping others going through this.

As you can see, the subject of incarceration is not simple, but impacts us as individuals, communities, states and a nation as a whole.  The amount of research done is vast and the number of individuals working to change public understanding of these issues is growing.

I know this is lengthy, but understand I care and respect you enough to take the time to write.  God has given you a great gift in the form of a means to reach many; please use that gift wisely.  Please know that I have taken the time to write this on the morning of my husband’s parole hearing; having your life in the hands of others who do not have the information I have just provided for you is a level of hell that is palpable.

I attempted to email the message dated April 10, 2018, but received an email error; you might want to have that looked at.

I wanted to provide you with additional information about yesterday’s parole hearing results; my husband was denied parole and will not be seen again until 2019.  I am sending you a copy of the letter submitted to the Board of Parole supporting Michael’s release.  Michael unfairly received a Class A write up by a counselor and even though policy and procedure was provided as to why the write up was invalid and should be dismissed, those in authority allowed the injustice to stand.  Guess TDOC is the same as most other government agencies in the view that laws are for other people and not them.  I am looking for an attorney to represent us, but that’s difficult because most attorneys are part of the problem rather than the solution which is why many go into politics.

People don’t want to think about mental illness or incarceration.  People don’t realize how easily it could happen to them.  All it takes is an injury where someone is prescribed pain medication.  All it takes is a fever or traumatic brain injury.  People need to remember, “Save by the grace of God, therefore go I”.  People need to remember to not judge until they truly have walked a mile in the shoes of another.

Please remember that with great power come great responsibility.  God has given you power through your voice; you can choose to bring healing or harm.  Words have great power…weld them wisely.