The Future of Social Media

CAN FACEBOOK RECOVER ITS TARNISHED IMAGE, OR ARE ITS GOLDEN DAYS OVER? 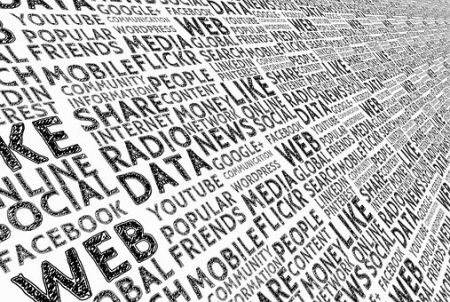 In yesterday’s session, Democrats and Republicans asked the 33-year-old Zuckerberg both business-oriented and politically-loaded questions, many of which he did not answer directly.

When Texas Sen. Ted Cruz raised the issue of “conservatives” having reportedly been censored or experienced a significant drop in their Facebook page traffic over the last several months by a change in algorithm of the multi-billion-dollar, Silicon Valley-based company, Zuckerberg said that he is “actually very concerned” about that issue. He also acknowledged that Silicon Valley is one of the most “left-leaning” places in the United States.

Zuckerberg himself has called on Congress as a private individual to advocate for more “liberal” policies in regard to illegal aliens.

Cruz specifically mentioned the high-profile duo of “Diamond & Silk,” who came to prominence during the 2016 presidential election as strong supporters of Donald J. Trump and “conservative” causes.  The two sisters, Democrats from North Carolina who go on tour in addition to their internet presence, have appeared for the past two mornings on the “Fox & Friends” program to express their outrage at Facebook’s reported response to their complaint filed seven months ago which they said labeled them as “unsafe to the community.”

They believe they have been discriminated against because of their outspoken support for Trump.

On Monday evening, Facebook claimed that it had reviewed its original response to Diamond & Silk and found that it did not reflect the company’s view of the sisters’ Facebook presence. However, the two said that as of that time, they had not received any such amended notice from the company.

On Wednesday morning, Diamond & Silk accused Zuckerberg of “turning Facebook into a political playground for Democrats.”

Also on Wednesday, commentator Tomi Lahren told Fox & Friends that while she came to prominence as a result of her Facebook page, she objects to any censorship of so-called “conservative” groups or individuals and urged Zuckerberg to lift any restrictions currently in place, whether officially or unofficially.

The Post & Email has a business Facebook page on which it posts most of the articles available on its website. Since late January, we, too, have noted an approximate 80% drop in our Facebook page engagements over December, when the numbers were steadily growing.  We note that since the algorithm change, informational newsletters from content and trend analyst Newswhip and small-business marketer Manta appear to be saying less about how media outlets can build their presence on Facebook.

In a recent newsletter, Newswhip reported that large news corporations’ Facebook engagements in March actually increased. However, in February, it reported that one small business had closed permanently as a result of the change initiated by Facebook, which focuses on engagements between friends and family rather than on business enterprises.

For at least the last year, censorship has been widely reported on Twitter, with a Catholic organization providing evidence of what appears to be religiously-motivated silencing of four accounts at a given time. Other prominent voices such as former Secret Service and NYPD officer Dan Bongino and citizen journalist Laura Loomer have reported warnings and/or suspension from the social-media platform for reasons that they believe are unjustified.

Corsi’s YouTube account was reportedly restored the day after it was “permanently” shut down, while Prager has filed a lawsuit against the Google-owned broadcaster based in San Bruno, CA.

Please share your thoughts on what concerned citizens might do to combat political censorship in all modes of communication, both Internet-based and traditional outlets such as newspapers and magazines.

Are you concerned about the reported collection of personal data by Facebook and other social-media outlets?  If so, are there viable alternatives to sharing information?

The Future of Social Media added on Wednesday, April 11, 2018

5 Responses to "The Future of Social Media"