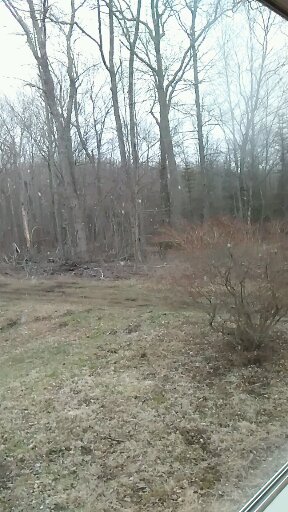 (Apr. 10, 2018) — As predicted on Monday night, snow is again falling in southern New England, even as early spring flowers attempt to push their way through the cold.

Robins, too, believed to be a sure sign of spring, have been sighted, including one hopping through the spring squall on Tuesday morning.

NBC Connecticut posted a video of snow coating the northwest hills in the towns of Harwinton, Plymouth and Thomaston and east toward Farmington, just west of the capital of Hartford.

In what has been a roller-coaster late-winter season, four snowstorms overtook the month of March, and thus far there have been two this month.

Tuesday morning’s snow is not expected to accumulate, but the same was said of the storm on Friday which brought three inches.  However, by late that afternoon, much of it had melted.