Indeed, ‘tis a Sad Day to be Buried at Sea (RR)

“THE LUCK OF THE DRAW” 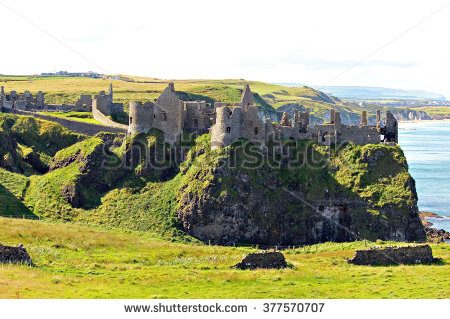 “Good evening, ladies and gentlemen, and welcome to yet another special edition of ‘Pulse of the Nation.’ With me is Pastor Dunkin, the head honcho of the church on Hawthorn Street. What’s going on here tonight? You asked us to join you, but for what?”

“Glad you could join us on such short notice, Roving and crew. Chief Leaf was detained by a mechanical problem on his RV, so the Vietnam Vet said the Talking Dog wrote a play about some soldiers on a gunboat getting shot-up due to bad intelligence. And, from what I understand, a true story.”

“Is that the story about the Army Gunboat?”

“I believe it is. Anyway, here’s the Talking Dog and the Vietnam Vet. How you two doin’?”

“The dog says we’re doing fine, but the dog doesn’t actually do the talking, you know.”

“Wait: the music is starting and the house lights are dimming, so the play is about to start. And there goes the curtain revealing what looks like a barge of some sort.”

“Welcome, one and all. I know you expected to hear the Chief’s interpretations of the polychrome paintings discovered in the Altay Mountains of China, but he couldn’t make it so instead of sending you away with nothing, we decided to put on an off-Broadway play. Actually, this is a dress rehearsal, so if any of you get up and walk out, it’s okay.

“This here is the author of the play: Talking Dog. Actually, the dog doesn’t do any talking. Anyway, the story is short; I mean, the real true-to-life story is short – only a day.

“So, this here is an Army patrol boat. Actually, it’s called a ‘Mike Boat,‘ named after a small World War II landing craft via the US Army, the Philippine Army, and back to the U.S. Army and about to be turned over to the the South Vietnamese Army, but not yet.  The morning when this play takes place, the subject of the play, henceforth known as Mr. BROWN, was helicoptered from a night firefight and delivered to the nearest transit barracks to this boat on the Thai Binh River. As Mr. BROWN steps aboard the, the play starts:

“Permission to come aboard, sir.”

“What the…? So you’re the one they sent. Boy, you really must’ve messed up somewhere down the line. This here is a suicide mission, and the only reason any of us is still alive is because of Lady Luck. You must be Navy or a Marine; we don’t salute when you step onto a gunboat. And what’s that? An old BROWNING? You got any ammo for it?”

“Those duffles on the dock.”

“Bring ’em aboard. Look, kid, I know you got a bad deal but you’d just be wasting your time shootin’ pool at the EM Club.”

“You are so right. Wouldn’t have it any other way, Captain.”

“Let’s take a break. The concession stand that’s set up out in the lobby will close in a few minutes. They have coffee, tea and some soft drinks; oh, and hot chocolate. We’ll play some music and when it ends we’ll get back to our readings.”

“Okay; I see we need a little bit of work on Act II & III, so we’ll jump right into ACT IV:

“Tell Mr. BROWN to get on the front and clear us a path!”

“Hey, Tops, he says it’s called the bow, and he said you can find him on the Foc’Sle.”

“He said he heard what we do with our dead.”

“What does he think we do with our dead?”

“Push ‘em into the river and forget about them.”

“Then you tell Mr. Brown if he gets it, we’ll roll him into the river and not forget him; heck, tell Mr. Brown that we’ll drink a toast to him at the EM Club.”

“Thank you for being such a good audience. Goodnight. Pastor Dunkin will see you on your way at the front door.”

“Everybody out of here, Pastor Dunkin?”

“Just the Vietnam Vet, the Talking Dog, and your crew are here. So, what do you make of it? The Army leaves their dead, is that it?”

“Let’s ask the author. Well, what was it all about?” 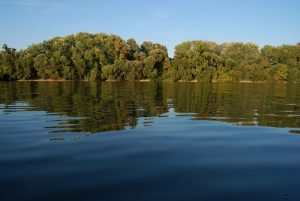 “Look, they were caught in the middle of the river from both sides; what do you expect them to do, go back and fish Jackson’s body out of the river? When he got hit; when he died he fell into the river; he was dead before he hit the water. Could’ve happened to any one of them. Look, maybe I could’ve said it better, but when someone, anyone, is in a firefight; when bullets are aimed in your general direction, Lady Luck is the only friend any living thing has. Living, wounded, or dying is just the luck of the draw. As The Mob would put it: it’s just business; nothing personal. Does that help any?”

“You bet. Which means ACT IV needs to be rewritten.”