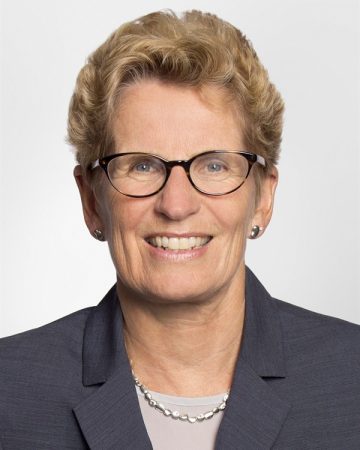 (Mar. 23, 2018) — In its March 19 Speech from the Throne, Ontario Premier Kathleen Wynne’s government asserted, “you cannot be serious about lowering emissions and fighting climate change without a price on carbon pollution.”

Nowhere did the speech specify what this supposed pollution actually is. That’s probably because, if it did, millions of Canadians would realize that the Wynne government is wasting billions of dollars trying to control a non-pollutant in the forlorn hope that reducing the province’s minimal contribution to worldwide emissions of this non-pollutant will have a beneficial effect on Earth’s complex and ever-changing climate.

In a March 14 press release, Wynne said that her government is “building a cleaner, low-carbon Ontario.” But carbon is not unclean. Carbon is a solid, naturally occurring, non-toxic element found in all living things. It forms thousands of compounds – far more than any other element. Medicines, trees, oil, natural gas, plastics, paints, food crops, and even our bodies are made of carbon compounds.

Pure carbon occurs in nature mainly in the forms of graphite and diamonds. They are certainly not Premier Wynne’s target.

So, what is the “carbon pollution” she is concerned about? Is she speaking about reducing soot emissions from cars and power plants? Amorphous carbon, carbon without a fixed atomic structure, is the main ingredient in soot, which we certainly do need to control. Power plants have already done a good job reducing soot and other actual, dangerous pollutants. So have cars.

Calling CO2 “carbon,” or worse “carbon pollution,” causes people to think of it as something dirty and thus important to restrict. Calling carbon dioxide by its proper name would help people remember that, regardless of its role in climate change (a point of intense debate among scientists), CO2 is really an invisible gas essential to plant photosynthesis, and thus to all life. Indeed, without at least 200 parts per million (ppm) of carbon dioxide in our atmosphere, most life on Earth would cease to exist.

We are actually near the lowest level of atmospheric CO2 in Earth’s history. Around 440 million years ago, CO2 was over ten times higher than today’s level, while Earth was stuck in one of the coldest periods in the entire geologic and modern record.

The climate models’ assumption that temperature is driven by CO2 is clearly wrong. In fact, it’s the other way around. Planetary temperatures largely control atmospheric carbon dioxide levels. The warmer the air and ocean waters get, the more CO2 is released from oceans into the atmosphere; the colder the seas, the more carbon dioxide they retain. 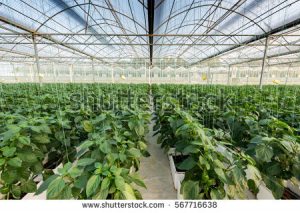 Wynne does not seem to understand this, or the fact that commercial greenhouse operators routinely run their internal atmospheres at up to 1,500 ppm CO2 – for a good reason. Plants inside grow far faster, more efficiently and with less water than at the low 400 ppm found outside in Earth’s atmosphere.

Climate Change Reconsidered II: Biological Impacts, a report from the Nongovernmental International Panel on Climate Change, cites over 1,000 peer-reviewed studies that document how the productivity of forests and grasslands has risen as CO2 levels have increased – not just in recent decades, but in past centuries.

Finally, Wynne mixes up “the government’s actions on climate change” with “making our air cleaner.” The Speech from the Throne switches back and forth between the two, as if they were related.

(We hope it’s a mistake, and not a deliberate attempt to mislead people and promote expensive and damaging public policies.)

Activists do this often when they claim CO2 emission controls will bring important pollution reduction co-benefits. There is no basis for this assertion. US Environmental Protection Agency data show that total emissions of six major air pollutants dropped 62% since 1980, amid a 14% increase in CO2 emissions. Using climate regulations to reduce pollution is obviously an expensive blunder.

The Premier says climate change is a fight that “our children and grandchildren can’t afford for us to lose.” What our children and grandchildren really cannot afford is picking up the tab for the Wynne’s government’s billion dollar plans to “lead the world” on reducing plant food that is “greening” our planet, rolling back deserts, and enabling us to grow more food from less land.

Highly complex climate and weather systems are now, and always have been, driven by fluctuations in the sun’s energy output, cosmic rays, ocean currents, volcanic activity and dozens of other powerful natural forces, over which humans have absolutely no control

So, the Ontario government’s CO2 reduction plans will obviously do nothing to “protect” Earth’s climate. But they will drive up energy prices, force companies to spend billions more on electricity and fuels, kill countless jobs, hurt poor and working class families the most, and reduce forest, grassland and crop growth.

Ontario’s plan to price CO2 emissions is a prime example of what countries, states and provinces throughout the world should avoid.

A Billion-Dollar Plan No One Should Follow added on Friday, March 23, 2018

One Response to "A Billion-Dollar Plan No One Should Follow"