DO PRISONS REHABILITATE OR INCUBATE? 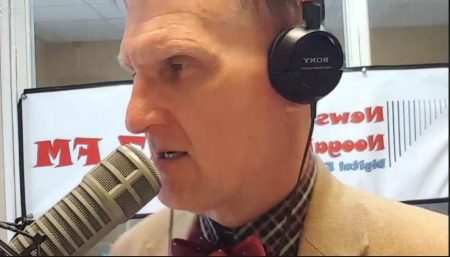 Tulis’s show focuses on the local Chattanooga, TN economy, commerce and government corruption.  The show airs from 9:00 to 11:00 on weekdays, with video from the show posted to NoogaRadio’s Facebook page.

Tulis’s show moniker is “the smartest guy with the bow tie.”

Earlier in the broadcast, Tulis opined that “the biggest crooks in the country are in government.”  He has researched matters of law in regard to private-citizen travel on public roads and other liberty issues.

Tulis led off the segment by referencing letters both he and this reporter have received from Tennessee Department of Correction (TDOC) inmates Grenda Ray Harmer and Robert Z. Whipple, III detailing alleged violations of the agency’s Administrative Policies and Procedures, U.S. Supreme Court rulings and Tennessee Code.

Harmer has been communicating with The Post & Email for approximately 18 months with between two and four letters weekly. Harmer has described an absence of heat in his cell and others’ over the winter, the discontinuance of his prescription medications without justification, uncontrolled gang activity and a failure for prison staff to review his continued seclusion in protective custody since last August.

Whipple, an acquaintance of Harmer’s, is a newer correspondent whose parole date came and went more than three years ago and over which he filed a federal lawsuit which remains pending.  Whipple recently received a pair of prescription diabetic shoes after months of wrangling with TDOC and external medical personnel as to why the prescription had not been filled.

Ultimately, Whipple’s family paid for the shoes to expedite their delivery.

Tulis has recently launched a new endeavor operating the Chattanooga section of yournews.com.