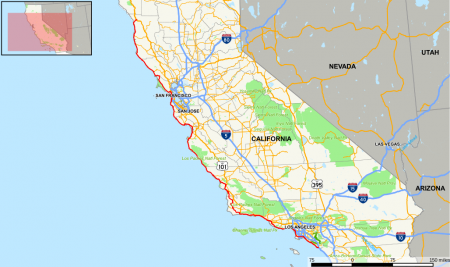 (Mar. 10, 2018) — “Good evening, ladies and gentlemen, and welcome to ‘The Pulse of the Nation,’ the informative show that lets you know what your neighbors are thinking. My name is Roving and I conduct on-the-street interviews, right here on our corner across from the railroad depot. First, let’s get this commercial out of the way.”

“Good commercial. And will you take a look down the sidewalk? I don’t believe what I’m seeing, but it’s that retired General of the Army pushing his blackboard-on-wheels and coming our way. Hey, General, where you goin’?”

“Sorry, sir; been there and done that; Honorable Discharge with Good Conduct. I’m O-U-T.”

“That’s better; show some respect to a superior officer. You see this-here chalkboard? See what’s on it?”

“Looks like you’ve drawn up a battle plan to take North Korea off the map.”

“Wow! And you’ve been pushing it down the sidewalk? What about Russian spies?”

“There are no Russian spies, son; it’s all make-believe, just like ‘Jack and the Beanstalk.’ Look here, see these here?”

“That’s better, but do you know that just one of these subs can send North Korea back to the Stone Age?”

“I think they’re already there, sir.”

“Well, we’ll just have to send them back to the Jurassic Park age, then. Excuse me, here comes my train; I’m going to set up my chalkboard in front of the Museum of Science and Industry. Goodbye.”

“See you around, General, and good luck with whatever in the heck you’re doing. Let’s break for another commercial.”

“Well, now, I’ll give the General credit for applauding Trump’s agreeing to meet with Kim Jong-un. Okay, who’s next? Hello, what’s your name and what do you think about Trump’s meeting with Jong-un?”

“My name is Cathy and I voted for Obama, so Trump’s meeting with anyone I disagree with wholeheartedly.”

“Even if it’s for the common good?”

“Not even that. We all want Trump to fail, and if that means America also fails, so be it.”

“So you’re sacrificing the whole country for your hatred of Trump?”

“Trump is a racist and looks out after his billionaire friends.”

“That’s just great; run along, now and see if you can find some logic in your life. Good luck to you. Let’s break for a commercial.”

“Hey, mister, next train isn’t for another ten minutes; how about telling us your name, and what’s your take on Trump meeting with the North Koreans?”

“Isn’t it great? But I hear some people want the old Navy spy ship back, the Pueblo. I say let them keep the old rust bucket. Let them gloat; doesn’t bother me any. The goal is to get their nukes, and the Pueblo isn’t worth a deal-breaker. Look, I’ve got to get a cup of coffee. See you around.”

“That was sure quick. What do you say we break for a commercial?”

“We’re back. Excuse me, sir, care to comment about Louis Farrakhan?”

“What’s there to comment about? Farrakhan hasn’t changed his stripes since he made the bad trade from the Bible to the Quran. The only thing that’s changed is the number of our politicians being affiliated with Islam. Bad for everybody whenever the Golden Rule is cast aside for, for what? So men can beat women and not get arrested for it? So Farrakhan and his followers can find someone to blame for their own laziness and ignorance? So Islam divides down to blaming everybody except themselves for their shortcomings; if it isn’t the Jews it’s the whites; they’re ALWAYS pointing the finger at someone else, aren’t they?”

“I’d say you’re right on target. Is that your train? Better hurry. Time for one more? Excuse us while we listen to this commercial.”

“Oh, I thought that was you. No Talking Dog today?”

“Maybe she’ll show up later. Meanwhile, mind telling us your name and what’s your main bug these days.”

“Not at all. Name is Chuck and my main bug is Arnold Schwarzenegger for not doing diddly-squat about the illegal immigrants in California. But you want to know something? Arnold won’t be remembered for being a body-builder, or for his movies, or being a governor. No, Arnold will be remembered for being married to a real nice girl and giving it all up to have a romp with the maid, for Pete’s sake.”

“But that was years ago. What about your recent bugs?”

“Well, now, we have ‘Moonbeam’ and the mayor of Oakland. Really off-the-wall people, for sure. Ooops, there’s my train. Bye.”

“See you. And our time’s up, so I’ll be wishing y’all, on behalf of the crew, a goodnight: Goodnight.

“Another great show, you think? Burger time: my treat.”