(Mar. 9, 2018) — At one time, California was the envy of America, attracting people from around the nation to move to a state offering opportunity and the chance to pursue ambitious dreams. With scenic beauty, the Pacific Ocean coastline, the major cities of San Diego, Los Angeles and San Francisco, California recruited entrepreneurs looking for economic growth. As the home of Hollywood and multitudes of celebrities, California presented an enticing potential to enjoy  “lifestyles of the rich and famous.”

Today, California has become an economic and cultural disaster. The state is home to over 114,000 homeless people, one-quarter of the total in the nation. In San Francisco, a health crisis has developed as the homeless have created a mess in the downtown area, littering it with fecal matter, spent needles and piles of trash.

The droughts have led to misguided water regulations imposed by environmentalists and liberal government bureaucrats. These officials also love to burden state residents and corporations with higher taxes. As a result, people and businesses are fleeing a state beset with too many regulations, tax rates that are not competitive with neighboring states and an array of other insufferable liberal policies. Even a sizable portion of the film industry has moved from Hollywood to other states offering tax incentives and a better business climate.

California officials have implemented high tax rates to fund an array of expensive services for an ever-growing population of illegal aliens. Their statewide elected politicians, such as Governor Jerry Brown, support open borders and sanctuary status for illegal aliens. In fact, the entire state has become a sanctuary for those who break our immigration laws.

Americans should never forget Juan Francisco Lopez-Sanchez, an illegal alien who had been deported five times to Mexico, who shot 32-year-old Kate Steinle on a San Francisco pier and ran away from the scene as she died in the arms of her father. Several months before the July 1, 2015 incident, Lopez-Sanchez was in the custody of Immigration and Customs Enforcement (ICE) after serving a federal prison sentence. However, San Francisco Police wanted him on a drug-related warrant, so he was transferred to their control. Unfortunately, the San Francisco Police subsequently released him and did not bother to notify federal authorities. This is due to their refusal to honor “immigration detainers” that San Francisco officials believe is a violation of the Fourth Amendment rights against unreasonable searches and seizures.

As a result of their desire to protect the rights of non-citizens, San Francisco officials allowed an illegal alien back onto the streets. Sadly, that decision ultimately cost one young woman her life. The tragic death produced a national outcry, but it did not lead to any changes in California policies. The Steinle killing was not an isolated incident as throughout California, local and state officials refuse to work with federal authorities to combat the out-of-control problem of illegal immigration. These misguided policies prevent the Trump administration from taking effective action. 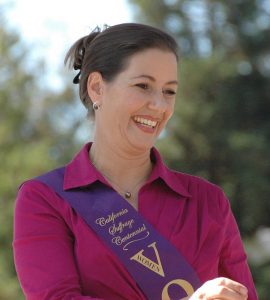 Over the last week, California was in the news again for the wrong reasons. The liberal Democrat Mayor of Oakland, Libby Schaaf, issued a warning to illegal aliens that Immigration and Customs Enforcement (ICE) agents were conducting raids in the city. She asked residents to “protect” these illegal aliens, who she called the “most vulnerable” residents of Oakland.

As a result, 800 illegal aliens evaded capture and the ICE agents were only able to apprehend 232 lawbreakers. These individuals were not Boy Scouts, in fact, 180 of them had criminal records and 115 of them had convictions for serious offenses such as child sex crimes, weapons charges or assault.

ICE was doing the community a favor by removing criminal threats and protecting innocent citizens. Regrettably, the Oakland Mayor decided to give support to illegal aliens and violent criminals instead of law-abiding taxpayers.

At a press availability on Thursday, President Trump denounced her actions and called it “a disgrace” that she undercut the ability of ICE agents to conduct raids.   The acting Director of ICE, Tom Homan, labeled her comments “a whole new low, to intentionally warn criminals that law enforcement is coming.”

Fortunately, the Trump administration acted in federal court against the rogue state of California. On Tuesday night, the Justice Department filed a lawsuit which claimed that three state laws are illegal and are pre-empted by federal law. The laws prevent employers and state officials from cooperating with federal officials on cases involving illegal immigrants.

In his speech announcing the lawsuit, Attorney General Jeff Sessions called the California laws “unjust, unfair and unconstitutional.” He also condemned the actions of the Mayor of Oakland by asking “How dare you needlessly endanger the lives of our law enforcement officers to promote a radical open borders agenda?”

These are good first steps by the Department of Justice, but they are not enough. The Attorney General should also file charges against the Mayor of Oakland personally. It is time that these California elected officials face legal consequences for their despicable behavior and their arrogant flouting of federal law.

California Has Become a Disgraceful State added on Friday, March 9, 2018

3 Responses to "California Has Become a Disgraceful State"