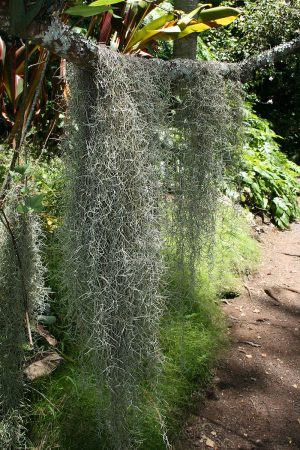 (Feb. 26, 2018) — “Good evening, ladies and gentlemen, and welcome to sunny Florida. Our editor took pity on us from standing in the rain and sent us down here to Casadaga, home of Madam Shylock, our eminent soothsayer. And here we are, standing in the road, next to the pond, on this blue-sky, sunny day: not a cloud in sight. Good morning, Madam, do you still feed your frog friend (who lives in this pond, I understand) the flies from your fly-catching paper?”

“He shows up for lunch and whenever there’s thunder.”

“A lot of thunder in these parts?”

“If I told you you’d say I was making it up, but last year we had a real lightning storm, like lightning every seven seconds for two hours straight.”

“Believe it. And that’ll be another $20. You want to ask me about these senseless school shootings, so I’ll say allowing homosexuals in the Boy Scouts and women on submarines, abolishing the Draft and having a double judicial standard for the felons in The Swamp, such as people like Hillary Clinton, Lois Lerner, Obama, Comey and all the others, is a big part of the reason. You’re raising crybabies who never learned the ability to think and reason; never shot a gun; never even thought about fighting for their country by joining the military and saluting Old Glory.”

“I’m sorry, but we have to throw in a commercial.”

“Do you remember that during the 2012 presidential election, there was a candidate who proposed that gun safety courses be taught at the high school level, and when a girl graduated she be given a lightweight .357 Magnum revolver along with her diploma? This candidate also proposed that all police and teachers be Veterans. Even though he didn’t win, you’d have thought that some of his ideas would’ve been shared by Trump. Please excuse me while I see a client.”

“Okay; nice to have seen you. Let’s break for a commercial.”

“As you can see, we’ve attracted a little crowd out here. Excuse me, sir, Roving for ‘Pulse.’ Anything bugging you these days?”

“Let’s see, besides the Board of Directors looking the other way (while the CEO gives the OK to pollute with impunity), not a thing. Now why do you think American companies ran off to Mexico? Look, the key to life is fresh water; anything less isn’t acceptable. You may make fun of Madam Shylock having a pet frog, but that frog is the barometer of our ecosystem. See you.”

“Got to make some money so we’ll break for a commercial.”

“We all know who you are and have been very pleased with your program. We applaud your stand on deporting illegal immigrants, period. And we especially like the NRA: we ALL carry here, as most of the citizens of Florida do. And we have no compunction whatsoever about shooting the bad guy with none of this Hollywood make-believe ‘Stop or I’ll shoot’: we just shoot.”

“So the bad guys can run away and attempt to rape, torture and murder someone who was not so prepared? No, it doesn’t work that way here. Here we shoot first and then if anyone has a question, well, ask away but the bad guy has already left the building. Understand? One more thing: think about this: if a teacher is armed, he or she is on the spot already, got it? Not outside walking the grounds or anywhere else, but right there at ground zero. Let me say this one more time so your viewers really get it: a teacher who is armed is already ON GROUND ZERO*, ready and able to defend, to the death, the safety of the students.”

“I believe I am, Mr. Roving. I’m the pastor for this community and we all carry; we’re all members of the NRA and all of our children carry. When a child graduates from high school, besides their diploma, we give them a NRA Lifetime Membership.”

“I’ve got one, too, as does the crew. What’s your take on England going over to the Dark Side?”

“The Devil at work, I’d say. Look at the Archbishops of Canterbury, kowtowing to the Muslim INVASION. The Brits rallied against the Nazis but seem to be impotent against Islam. The Brits have lost all respect for their heritage; the heck with the Magna Carta and their rich heritage so aptly demonstrated by their numerous sculptures — sculptures, by the way, that Muslims living in England will destroy if given half the chance.”

“Thank you for your insightful comments, Pastor. Okay, folks, our time is up and so, on behalf of the crew, I’ll be wishing you all a goodnight: Goodnight.

[*ON GROUND ZERO: a classroom is the most target-rich environment there is, and to have a protector, at that spot, is the only possible sure solution there is. It’s no big deal to carry a gun for protection of yourself and others. To make the decision to do otherwise is to ignore the dangers and we might as well go back to Square One and prepare to cry at the next school shooting.]