“I don’t need no exciting, son. I been done had my fill. So what’s the question? Wait, answer me this: does that dog really talk or are you just pulling our leg, or should I have said, ‘our legs?’”

“Well, since we have more than one listener, it’s probably one, but then again, most people have two legs so maybe they said it wrong at the get-go. I think you’re right: and, no, the dog doesn’t actually do the talking, so nobody is pulling anyone’s legs. Does that make any sense?”

“Not a bit. Now I’m more confused than when I woke up this morning, so I’m turning around and going back to bed. Maybe I’ll come by tomorrow. By the way, you had some guy on the other day that said he was thousands of years old. Was that on the level?”

“About as much as Obama being born in Hawaii.”

“Pleasant dreams. What do you say we break for a commercial?”

“We’re back. Hello, Miss, care to be interviewed on TV?”

“You bet. Been watching your show for years. Look, I’ve got a bone to pick with you. Why do you take forever to get to the point? You talk about this and that and then, at the very end, you finally make your point.”

“Simple: the longer we keep people’s attention, the more money we can charge for advertising. Look, what’s your latest bug?”

“My latest bug is the Left-Wing Loonies using our impressionable school children hawking for them, as if little kids know anything about life. I mean, look at them, spouting the Stalin Party Line: GIVE US YOUR GUNS AND WE’LL ENSLAVE YOU. I just think it’s wrong, the kids being pushed by the mainstream media; why, they have adults who are employed as full-time reporters riding on the buses carrying the kids to ‘protest’ and ‘have their say’ at the State Capitol. Pathetic — not the kids; they don’t know any better — but the adults that use the kids to abolish the Second Amendment. That’s what’s bugging me these days.”

“I thought the same thing; I also thought that President Trump’s proposed ban on ‘bump stops’ was highly misguided; I mean, it feels too much like a nibble, as in a little bit here and a little bit there and before you know it we’re defenseless. Look, pass all the gun laws in the universe if it makes you feel good about yourselves, but the only defense against a gun is another gun, and had that football coach or any of the other teachers been armed, that kid would’ve gone somewhere else, or else nowhere. 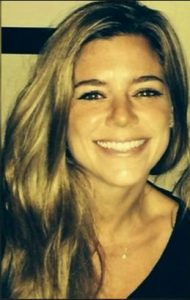 “So Chicago, during the 50’s and 60’s, there were no shootings every day. Back then to be a policeman you had to have been a Veteran; back then the judges didn’t play social designers. And that’s what the judges are today: social engineers making the world in their own image. Look at San Francisco’s sanctuary city status and let’s talk about Kate Steinle. And here comes my train.

“And that’ll do it for this show and so, on behalf of the crew, I’ll be wishing you all a goodnight: Goodnight.

“Good show. Arm the teachers who just happen to be Veterans. Hire cops who have, at the minimum, a Good Conduct medal from one of our military services. Burger time: my treat.”