CENSORSHIP, PURGING FAKE ACCOUNTS, OR SOMETHING ELSE? 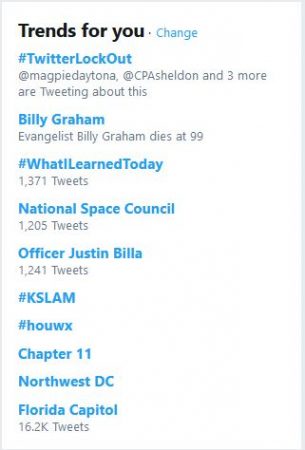 (Feb. 21, 2018) — Early Wednesday morning, a number of Twitter users reported that apparently overnight, some of their followers were eliminated from their accounts.

The hashtag #Twitter Lockout is trending in the number one position as of 8:56 AM EST, with scores of new tweets appearing by the minute.

Some questioned whether or not Twitter had, in fact, shut out “conservative” voices, as others were claiming.

Some commented that The trimming of followers reflected fake Twitter accounts, called “bots,” while others asserted all Twitter users’ right to freedom of speech.

At approximately 8:30 a.m. EST, former Secret Service agent, radio show host and commentator Dan Bongino tweeted, “That twitter attack on conservatives hit me too last night. I was deemed “ineligible” to use twitter ads and had followers purged. @twitter should ashamed, we have to organize a response. #TwitterLockOut.”

Radio show host David Webb extended an invitation to anyone who found he or she had been removed as one of his followers to call into the show between 9 AM and 12 noon EST on Wednesday. 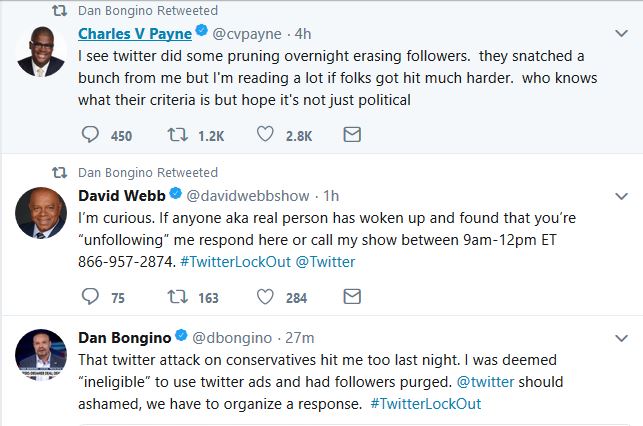 Earlier Wednesday morning, Bongino found that he was deemed “ineligible” to advertise on the social media platform. 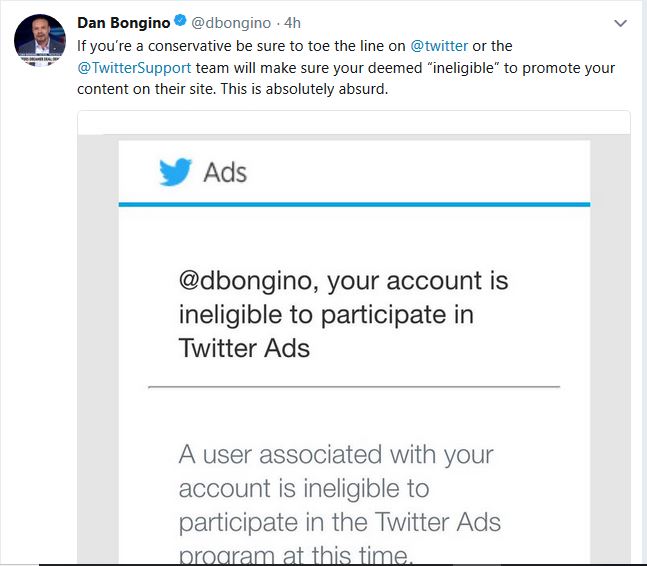 One user suggested that anyone who lost Twitter followers begin following all of those affected.

One user reported that he was locked out of following any new accounts. 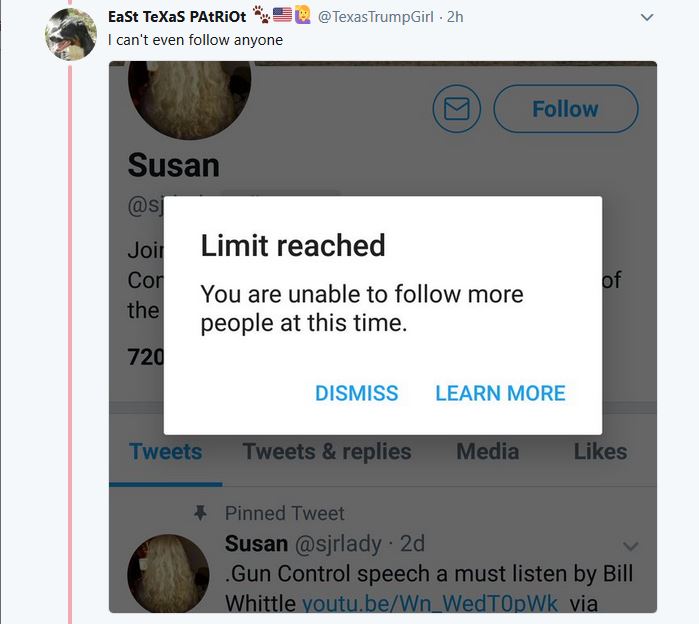 As of 9:16 AM EST, #Twitter Lockout had fallen to second place, with the announcement of the passing of the Rev. Billy Graham having topped it. 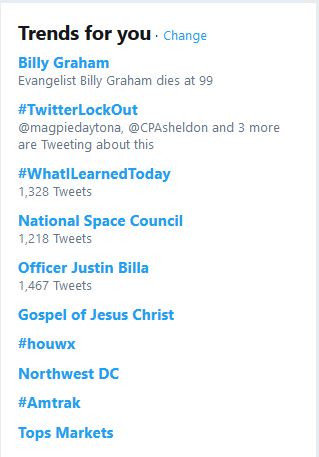 In the vein of an old-school journalist, Attkisson does not take political positions.

What is the Twitter “Lockout” on Wednesday Morning? added on Wednesday, February 21, 2018

6 Responses to "What is the Twitter “Lockout” on Wednesday Morning?"