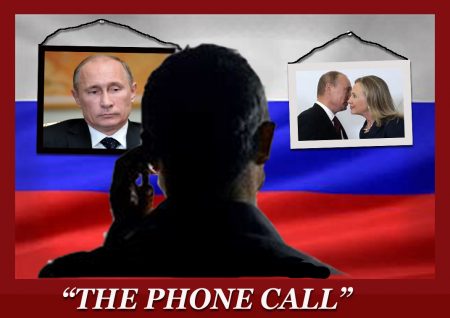 (Feb. 20, 2018) — It was a typically damp and downright cold evening when the call came in. Anatoly Brosinov had been feeling slightly more despondent than usual.  His vocation as an undercover operative had just taken yet another a nasty turn.  The last several ventures did not go well and word had trickled down that Vlad was not happy and as such it was appearing as if more than his career was destined for the eastern tundra. Quite possibly his physical body too.

“Brosinov, here.” He answered in his least enthusiast voice. “Who is calling me on this number?”

“It’s Mikail. Don’t sound so gloomy Anatoly, your reprieve, as well as mine may be on the very near horizon.”

Mikail Drugov had worked with Anatoly for several years back in the days when the ability to create and implement dirty deeds combined with a complete and total lack of morality or conscience were essential assets. These two had made a great team as they both exuded those traits in spades.

“I’m not in any kind of mood for more of your idiocy Mikail. Did you not see the report from Vlad’s boys?”

“Yes, my comrade,” Mikail said, in what was for him an unusually jubilant tone. “I did see it and no, this is not a joke. We are being given another chance to make good and to get rich too.”

“Okay, I’m listening. What have ya got? Make it quick because I need to get back to packing my stuff,” Anatoly said, only half way joking.

“Anatoly, remember that epicene Limey clown we used to call ‘Sissy Chrissy’? The fool who thought himself to be a real life 007 and that for months on end he actually believed he was spying on Mother Russia while all the time Comrade Zoycov fed him information the Ministry wanted the UK to ingest?”

“Yes, Mikail, of course I do. How could anyone forget that idiot?” replied Anatoly but he could not fathom how such an insignificant boob such as Steele could resuscitate his career and make him rich. “Please get on with it,” he demanded.

“OK, but before I do continue, you do know the Americans are about to have a Presidential Election and that Vlad is very concerned that all the work and expense he has put into bribes and uranium acquirements may well go the way of a Korean jetliner crossing Russian airspace if that beldam Hillary Clinton fails to become President? Zoycov has told me that Vlad feels that this Trump character is serious about making America great again and could possibly win. If that happens Russia will be faced with formidable opposition in every aspect of the Kremlin’s various and nefarious ventures.  Zoycov told me, ‘Vlad can’t have that, nor can Russia.’”

“Yes, yes, go on,” Anatoly said still not getting it nor being nearly as interested as he was making out to be.

Mikail, his excitement growing with each moment continued. “As I fill you in on the details, understand that for this operation to work it will be imperative that the people of America believe that Vlad wants to see this Trump fellow win the election. Understanding that Clinton can and will be bought and controlled and that Trump cannot be, if this is handled carefully, most people will believe Vlad wants a Trump win.”

“From this day forward Vlad will publicly make statements which, on the surface and for the digestion of fools will appear to be in support of Donald Trump. This will go on for as long as it takes to either win Hillary the election or in the event of her loss, the weakening of Trump so as to curtail his ability to implement issues which run contrary to that of Russia.”

Anatoly, now becoming a bit more stimulated, asked. “Very interesting, but how is this going affect me, us?  Does the Ministry wish for us to implement the use of social media ads and news propaganda such we have done in years gone by? Didn’t the Party decide that actually making a difference in an American national election was folly? And most important, how is America’s election going to make us rich?”

“Great questions, my naive Anatoly. They will become clear when I tell you who just called Comrade Zoycov and what the call was about.”

Recalling that Zoycov was the one time handler of dippy Chris Steele, Anatoly offered, “Sissy Steele? Are you telling me this has something to do with him? I thought MI-6 fired that pansy idiot years ago.”

“Yes, ‘idiot’ describes him perfectly well and yes, he was indeed canned by MI-6 and I suspect a few others as well.” Mikail couldn’t help a little chuckle at his clever witticism. Then he continued. “But this clown prince has something to offer. He is now freelancing and that enterprise will make us rich and it will help Vlad’s desire that the witch defeat the businessman. He has cash. Tons and tons of cash. Money he is itching to turn over to, yes, my dear friend, you and me.”

Several minutes passed as Mikail explained what it was that Zoycov had agreed to in his conversation with ‘Boy Steele.’ Anatoly, having dispensed with his feigned interest which had now become wholly genuine was chomping at the bit to get started.  But he needed to clear up the parameters and the guidelines for the work they were about to undertake.

He asked. “Are you telling me that we have been selected because we have worked for the Kremlin in capacities known to be clandestine in nature and all we need to do is prepare information, put it into a report and send it off to the Sissy? And that the only guideline is that it is to be nasty, immoral and generally disgusting?”

“That covers it, Anatoly, and I guess you understand now why Zoycov selected such sweet gentlemen as you and I. Right up our dirt alley, so to speak.” But he said, “There must be some factual data that could reasonably be believed and time-lined, such as those people being smeared having been at certain places at certain times. That, Zoycov has assured me, is all the American News Media will require to run with anything we put in our report.”

“Other than that, there are no parameters, no guidelines. The Party will provide travel and visa information that will sufficiently cover whatever we create.”

Mikail then asked, “Anatoly, dirty Clinton Cash awaits. Shall we get started?”

Note: These characters are not fictional and any relationship to people, living or brain-dead, is not coincidental.