(Feb. 17, 2018) — “Good evening, ladies and gentlemen, and welcome to ‘Pulse of the Nation,’ the ever-popular info-news show that’s the most-viewed in its time slot. Hello, my name is Roving and I’ll be your host for this evening’s program. For this segment we’ve traveled a little way out of town to the Serenity Sanctuary, a retirement home. With me here is Helen, the director of the place.”

“We like to refer to it as ‘The Home.’ It gives one a sense of permanency.”

“I’m sure. So the rumor is that you’ve got this old geezer who claims to have been around during the time of Atlantis, is that right?”

“So can we see him? Is he alert enough to be interviewed? Does he talk in complete sentences or is it all haywire upstairs?”

“Oh, no; on the contrary, he’s as sharp as a pin, our Mr. Doe is. You’re not the first to ask to interview him, you know, but you’re the first that he agreed to so let’s go find him; no telling where he is.”

“Heard you were here, Roving.”

“Whoa! So you’re Mr. Doe; how do you do? You like to sneak up on folks and scare the bejesus out of them?”

“All the time, every chance I get. Let’s say we have a seat and order up some lemonade.”

“You wouldn’t believe me if I told you but I watched the great pyramid being built. Never met Jesus, though; wished I had. Saw a lot of bad stuff but a lot of good stuff, too.”

“Not a lick. Oh, I could, of course, but you wouldn’t listen anyway. You’ve got this Internet where you can find the truth if you want, but most people are shallow and live shallow lives, and when they pass it leaves not a ripple in the pond of life. I had lunch with Shakespeare once. Brilliant man; broke as a goat.”

“Not a lick, and I’ll tell you why. You see, way back when, the knowledge of the ancients (as we used to say) stipulated that we’re on a spaceship that we named Earth. Earth is automated, meaning that it steers itself, just as it spins and has weather. I mean, there’s no person at the controls because there are no controls.

“When I was growing up there was a group who thought the steering wheel, the bridge of spaceship Earth, was down in Antarctica and they even sent an expedition but we never heard from them, so who knows, right?” 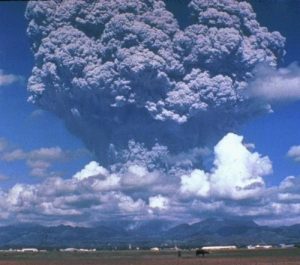 “Volcano ate it. Swallowed it hook, line and sinker. Here one day, gone the next.”

“Heck, no; they got out of Dodge months before it let go. Heard a lot of people drowned on neighboring islands due to the tsunami (1:52) it generated, though. Too bad.”

“What’s your take on America today?”

“You know you’re not going to last; you do know at least that much, don’t you?”

“You ought to read more history if you don’t know the answer to that one. It’s Hitler all over again, isn’t it? They control the news; why, just look at your advertising on the television. AND they want to confiscate all of your guns, too, just as Hitler did. Guns don’t kill people; people kill people, but guns prevent an out-of-control government from taking control.

“Heck, if you use the argument that guns kill people you could blame the wheel on all vehicular homicides, right?”

“True. Any words of wisdom for us?”

“Well, as I already said, you wouldn’t listen but I’ll tell you anyway: deport your Muslims because if you don’t you’d wish you had. Look, a couple of years ago there was this guy running for president, a real honest-to-goodness natural born citizen – even part American Indian – who advocated using the military to deport all the Muslims in America and then do the same for Canada and then do another ‘D-Day’ invasion to Ireland and the British Isles and then onto the continent, sending the Muslims scurrying to the sand dunes from which they came. Should’ve voted for him. Look, I’m tired and need my nap.”

“Okay and thank you for talking with us. And we have to break for a commercial.”

“Phone call? Now? Oh, a call is coming in from Professor Zorkophsky; from Washington, the heartland of the Swamp. Hey, how you doin’, Zork?”

“I am doing fine but I’d thought I’d weigh in on the Florida high school shooting, if that’s alright with you.”

“Your input is welcome any time, Zork; you know that.”

“Alright, then; I’ll get right to it. Kids are impressionable, right? In the psychiatric business it’s called the Goose Implant Years, when kids believe the claims of television commercials and other Snake Oil Salesmen. And they trust adults, and the more outrageous the claims the more entertainment value, understand?”

“Yes, we understand: the ‘bigger the lie’ kind of thing.”

“Exactly. So take television; add one adult; show a graphic in-your-face memorable shocking photo; paste it everywhere so every little kid sees it and what do you get?” 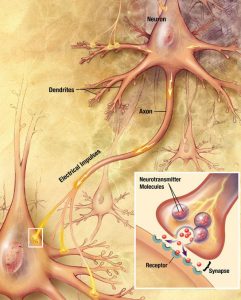 “You get SYNAPSE DISCONNECT. You get kids playing video games pretending to kill people and then they run home and get lunch. You get a generation of kids who don’t have one foot in the space of reality. You have a whole generation who believes in the Fairy Godmother but not The Devil. You get an over-the-edge adult holding a facsimile of a beheaded president and other adults on television – The View – are applauding such an insane act as if the act (and they themselves) is based on acting remotely normal when, in fact, it’s anything but. So the kid sees this beheading of the president; sees the reactions of the adults; and takes an Uber to a school where he murders 17 targets racing across the video screen in his mind. No wonder our kids are nuts.”

“No wonder, indeed. Hey, thanks for calling but our time is up and, on behalf of the crew, I’ll be wishing you, Zork, and our viewers a goodnight: Goodnight.

“Another crazy show, except at the end: he’s right, you know, about adults acting insane which is accepted by other insane adults as not insane. What, the world has all gone nuts? Burger time: my treat.”