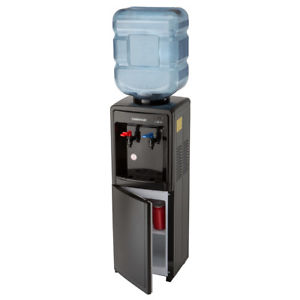 (Jan. 18, 2018) — “Good evening, ladies and gentlemen, and welcome to ‘The Pulse of the Nation,’ the info-news show that’s the hit at the water cooler the next morning. Hello, my name is Roving, as in Roving Reporter (RR), and I’ll be your host for this episode, which is, again, being broadcast from the downtown train station due to the low temperatures and the incessant wind. My job is to ask our neighbors what bugs them the most, so what do you say we get stated after this commercial.”

“Excuse me, sir, Roving here for ‘Pulse,’ the ever-popular…”

“Yes, I know; we all know. You like to pat yourself on the back a lot, don’t you? Look, I don’t like your show one bit because you attacked Obama every chance you got, him and Hillary. Obama was the greatest president this country ever had, so there.”

“Isn’t that nice? What’s your name and what do you do for a living, if you don’t mind my asking?”

“I’m addressed as Mr. Lake and I’m the guidance counselor at the high school not far from your corner in the ‘burb.’”

“Let me ask you, for starters, about comparing Obama’s Stimulus Money and Trump’s tax cuts.”

“I’m sorry but that’s out of my area of expertise.”

“And yet you consider yourself an informed voter, don’t you?”

“Run along and hide, but before you go, how about showing us Obama’s BIRTH CERTIFICATE?”

“You’re not one of those birthers, are you?”

“Yes; a racist and an Islamophobe and a bigot, plus you were in the military, which makes you a White Supremacist and a domestic terrorist.”

“Bet you never steered a kid towards the military?”

“So you think that someone who smokes is automatically in better health than someone who never smoked?”

“Same to you. Good time to break for a commercial.”

“Hello, Miss, care to be interviewed on ‘Pulse?’” 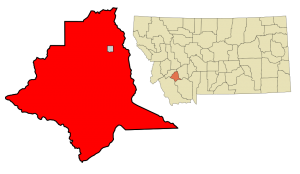 “Oh, so you’re Roving? Watch your show. I like the Chief because he isn’t running for office so he speaks the truth. Our American Indians sure don’t like strip mining, do they? Or, for that matter, any mining that destroys the surface and pollutes the water. I thought President Trump said he was for clean water and clean air; if that’s the case, he ought to make a visit to Butte, Montana, and dare him to take a deep breath.”

“My name is Lucy and I work at the main downtown library, and before you ask, I grew up in Montana where there’s a great big blue sky and lot of particulates in the air to give all living things (including humans) emphysema.”

“Lots of mining in Montana, is there?”

“In a couple of years everything will have to be built on stilts and have monorail trains instead of the old-fashioned trains that we have now. Actually, when the Interstate highway system was first proposed, a monorail system was between the lanes, above the grassy median. Too bad it wasn’t built as designed. Maybe the gas and tire companies got to our politicians, you think? Look, I’ve got to get to work. Bye.”

“Bye. Let’s take advantage of the break and throw in a commercial.”

“Time for one more? A letter? No, let’s interview this young lady. Hello, Roving for ‘Pulse.’”

“Hi, Roving; did you happen to see this morning’s paper? On page 3 there’s a notice that one of the big New York TV stations is going to make you an offer.”

“No, I didn’t see the paper. I’ll have to check it out. Thanks for telling me. Meanwhile, what’s your name and what are you in town for?”

“Name is Rita and I’m a paralegal.”

“What’s your position on DACA?”

“Look, I don’t wish to appear rude, but DACA is just another word for amnesty: if you keep the kid you keep the parents, and the grandparents, and the rest of the family, and the friends, and the neighbors, so what do you have? Blanket Amnesty: and while we’re at it, why don’t we just give up; as we say, the heck with America and her Constitution? They say ‘don’t separate families’: okay, then; deport them all together. Bye.”

“So long. I’d say she has her mind made up, unlike some of our sleazy politicians who seem to have a problem with doing what’s right for the country over scheming to do whatever it takes to get reelected. Well, can’t say it hasn’t been fun and so, on behalf of the crew, I’ll be wishing you all a goodnight: Goodnight.

“You know, there’s a lot of people who could take my place: Professor Wert and Madam Shylock, just to name two. Burger time: my treat.”