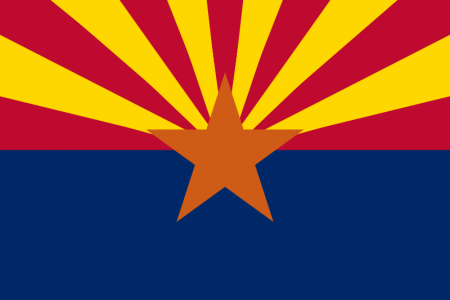 Franks resigned after a congressional ethics investigation revealed questionable conduct between the eight-term congressman and at least two of his former staffers.

Some of the individuals ranking in the polls have not announced that they intend to run, while former state rep. Phil Lovas, who most recently was working in Trump’s Small Business Administration representing Arizona; former Arizona Corporation Commissioner and former state representative Bob Stump; and state senator Steve Montenegro have formally declared themselves candidates, among others.

At least one candidate, Brianna Westbrook, has no previous political experience.

The primary has been set by Arizona Gov. Doug Ducey for February 27 , with the general election scheduled for April 24, 2018.

On Saturday night, former Graham County Sheriff Richard Mack announced his candidacy in a newsletter issued by the organization he has run for the last several years, the Constitutional Sheriffs and Peace Officers Association (CSPOA).

In his announcement, Mack wrote, in part:

I enter this race humbly and with no visions of grandeur. However, I plan to win and give the campaign my very best. Our work to restore freedom to America and to stand for the “little guy” will continue whether I win or lose. However, as many of you already know, I am so frustrated with DC politicians of both parties who have completely destroyed the Rule of Law and our Constitution. I have to do more and I have to try.

My candidacy will be dedicated to freeing the many Americans who have been victimized by our own government. I will stand against the abuses of the IRS, FDA, BLM, FBI, DEA, FDA, and the out of control spending by our “leaders” of both parties. I will also fight to put an end to the Dept of Education using SWAT teams to collect unpaid students loans! In fine, my run for Congress will be for the Amish farmer who sits in prison for making an herbal salve, all American victims of Gun Control, the Ranchers who sit in prison for trying to keep their lands, and for the people who just want to be left alone. I will be their advocate!

In 2013, Mack had said publicly that Barack Hussein Obama “is the only president to have used ‘an alias’ to attend college” and that he agreed that Obama’s purported long-form birth certificate is fraudulent, as declared by a criminal investigation conducted by the Cold Case Posse of the Maricopa County, AZ Sheriff’s Office (MCSO).

One Response to "Arizona Special Election Primary to be Held February 27, 2018"